Home ANIME Toneri Otsutsuki, Vs Might Guy (8 Gates) Who would win? 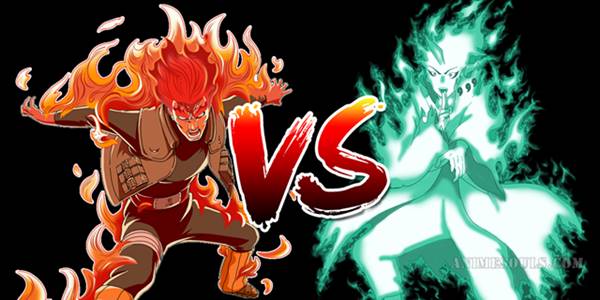 1 – Guy is fast, but on the moon, there is probably very little and thin air. if toneri were to fly high enough, the guy wouldn’t have a chance of fighting him.

2 – even guy needed help getting to Madara Uchiha when he put up the tsb shield. but no help here. and I myself, like to think that might guy just punched Madara so hard that he lost concentration during a fight, and the tsb broke cuz of Madara lack of concentration. and its doesn’t prove that Guy strong enough to break them since we haven’t actually seen him do it.

3 – he most probably will dodge it, but a chance is always gonna be a chance. don’t forget that. one hit and guy is dead. but, yeah, he will dodge it most of the time (at least 80 percent of it)

4 – in my opinion toneri is faster than Madara, so I give this one to toneri. of course toneri isn’t guy level when talking about speed, but it will most surely help him out better that it did Madara Uchiha. Madara Uchiha, in my opinion, didn’t have more power and jutsu, in that one Taijutsu form of his. the later ones, yeah he’s obviously stronger, but this one Madara Uchiha we’re talking about, in my opinion, is a bit weaker than toneri. if u gave him his other rinnegan, even before he got the shinju tree in himself, I would say he’s stronger, but with only one rinnegan, and missing half of Kurama, I have to give this side to toneri.

5 – it wasn’t bijuu sage mode. it was bijuu mode (full Kurama) and sage mode, which were way better and more trained that the forms he got during the war (besides sage of six paths mode).as I like to repeat a lot (sorry), guy isn’t as powerful. he’s equal to/ bit weaker than 1 rinnegan Taijutsu Madara, and Madara is, in my opinion, equal to toneri, and toneri is just a bit under Naruto, so I like to think that the last Naruto> guy 8th gate. in my opinion of course. I don’t think that sekizo’s will land on the toneri in such a wide area for him to dodge, but opinions man.

well, waiting to see your answer.