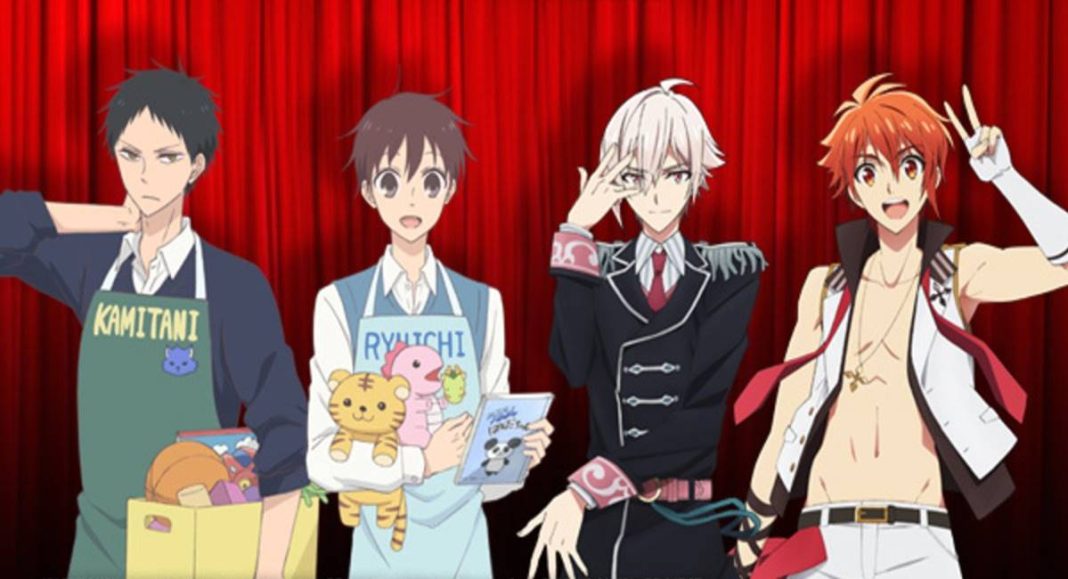 Top 10 Best Boys or Husbandos in Anime of All time.

Husbandos in Anime: Whether boy or girl, every anime watcher ones in their life must have a crush on a character from their favorite anime.  For boys, they use the slang “ Husbandos” and for the girls, they use “Waifu”.  This concept is around for a long time, but thanks to the internet it became more popular. There are many well written and designed anime characters that are present in the shows. People relate to these characters at some level which makes it more interesting to love them. Everyone has different preferences.  So here are some of the famous Husbandos of the all time.

He is one of those people in the anime who start off as a teasing player at the start, but he is a very simple person. He is not interested in most of the girls who confess to him, but he is just one girl man in simple language. But he is the guy who can get a girl he wants. He is loyal, caring and he doesn’t hesitate to shield his partner when they are in need to keep them safe.

Tamaki Suoh starts off as narcissistic and shallow in the starting, but he is only appeared to be like this on the outside. In reality, Tamaki is a hyper- empathetic person who helps everyone in every situation. He may be a sweet person, and he genuinely wants to make everyone happy. On top of everything, he is very handsome as well as rich, he is an extremely talented piano player who can move other’s hearts with his music.

Ryuuji Takasu from Toradora- may have a very scary face, but under that face, his heart is very pure which is made up of gold. Even when the start of the show, he always showed that Taiga is well fed and cared for even she tries to push others. He likes to write love letters to those he likes constantly and make mixtapes that he thinks that both enjoy with each other. But this is all not enough, he also loves cooking in the meantime and cleaning the house for other’s help.

Roy Mustang from the anime Full Metal Alchemist is very famous for his sheer will and also his self confidence. But from his initial look, he kind of looks like a womanizer but later it is shown that he uses this as a cover in order to hide his covert operations from the rest of the military as well as his enemies, showing how highly intelligent he is. He is the leader of the squad, who respects his fellow members. He also encouraged both Elric brothers to join the Military.

Light Yagami is the main protagonist of the show which is the class topper as shown in the anime. Every girl in the class finds him attractive due to his smartness and his humor which can be seen in the show. But from inside light is not happy with his life that is why accepts the Death Note. It can be seen in the show that sometimes when he is about to get caught in the series, he uses his mind as well his personality to attract women.  He has a girlfriend in the show but his actions are so smooth that even she can’t understand what is going inside the mind of Light Yagami.

He is one of those people in the anime who started the trend of Husbandos in the modern era. Ever since the anime was released he has been at the top of the most fans lists of Husbandos. There are some reasons why people choose him, one being that the thought of having a Demon Butler bound to one’s soul who cannot lie or betray them is appealing for many persons. He is shown very attractive in the anime, he executes any commands which are given to him with absolute perfection. He is best when it comes to cooking, cleaning, and almost doing any stuff related to the house.

Kakashi Hatake who is knowns as The masked Ninja, the copy Ninja, the Kakashi of the Sharingan, or I missed some. People who started watching naruto, from the starting have waited too long for him without a mask. But also before that when he was in the mask, he was still very famous. He is the teacher every person wants, cool as a sea. But when people saw what is under the mask they found out that even more handsome face he has been hiding for so long. That Is why this ninja became famous.

The teenage boy who just wanted a girlfriend gets eaten by Ghoul but turned into one himself. His story is very tragic in the first season of the show. But due to his harsh story and also his cute face, many girls fell for him. He remained at the top of the list of Husbandos for a long time. He is the one who has gone through a lot in the process of achieving something to make his life meaningful.

Satoru Gojo is one of the characters in the anime Jujutsu Kaisen. The masked man whose eyes are always hidden because they are so pretty which was revealed in the later episodes. He is the strongest Jujutsu sorcerer currently who surpassed the Curse King Sukuna himself. It is said that if a girl is watching this anime only because of him or nothing else. He is a very handsome and fun loving person which is why he is on this list.

Levi Ackerman from Attack on Titan became a heartthrob when people first saw him in the anime. He has sharp features which make him so famous, his way of talking, his eyes, his hairstyle everything seems so perfect. People surely made fun of his height earlier but when they saw his fighting style they became a fan instantly. His cool personality is something which makes people fall for him more.

So these were some of the famous Husbandos from the anime. For more posts like these stay tuned.