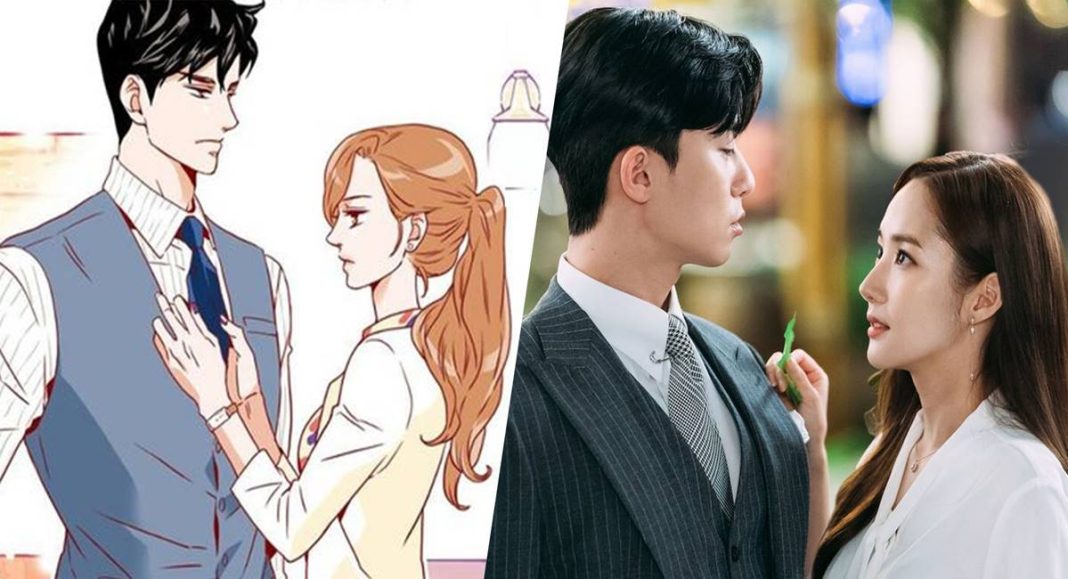 Webtoon: Ever Since Netflix Began showing Korean Dramas, the audience got addicted to them. They are consuming Korean Drama as never before which is making it even more famous. After binge-watching every category, they are now looking for some new genre, one such being Webtoons-based Korean Dramas. These Korean Dramas are basically adapted from the Webtoons on which they are based. People are made about Webtoons and they want them to be transformed into Korean dramas. So here is the list of top 10 Webtoons-based K dramas which one must watch.

This K-drama is one of the best because it shows how cells play an important role in the body of a human. There are many things that have been said about the drama like it is impossible to show the human body work but this show has proven everyone wrong. It was created by Lee Dong Geon. the story is about a woman in her 30 from the perspective of the cell which is in her brain. If you want to get an experience of how the human cells work to maintain the body’s equilibrium then you should watch this show,

Another great show on the list is about how life can be uncertain sometimes. Originally created By Dong Lee Geon Named “Now At Our School” is recently adopted into “All of the US is dead”. When an experiment goes wrong in a school everyone starts turning into Zombied. It takes place in a local high school that goes to ground zero due to zombie outbreaks. A group of high school friends must work together to fight both zombies and thugs. The cast is large and has a lot of focus on their relationships with each other. It’s worth a look, especially during Covid, to make us all aware that things can get much worse.

My personal favorite on the list is this K-Drama which is Adopted from Webtoon. The drama is about mysterious dark creatures who kill people and send them to hell. These people were previously commanded to die by angels. A religious sect called Neutrus and its leaders says sin is the season when people are destined to die. Lawyers ultimately help those who are being pursued by new truths and arrowheads. One is a woman sentenced to death, and the chairman of Neutrus wants to broadcast the event to the world. The show almost beat the Squid game and became number one on the list.

Another best romantic Korean drama is based on the Webtoon. The Drama focuses on the life of a girl who is bullied in school due to her Ugly face. But later when she applies makeup on her face after learning it from Youtube everyone starts following her in the school not knowing about her true secret. Her secret is only known to a boy who is very handsome. She gets transformed into a new school where she enjoys everyone’s attention. The Webtoon was better than many people think.

5. What’s wrong with the secretary Kim

This was originally a novel by Jung Kyung-you. Later it was adapted into a webtoon. In 2018, the webtoon was turned into a Korean drama. It is one of the best Korean dramas on Webtoon. The story is about a Big company whose president has a Secretary named Kim who one day decides to leave his job and everyone gets confused because that happened without any reason, he wants her to be in the company and then he gets the chance to uncover the secret behind her. This drama is considered to be one of the best in the comedy Romantic Genre.

This Korean Drama is based on the July Found By chance, His story is about Eun Dan-oh, who slowly realized she was in the manga. She wants to change the destiny that her author has already written for her. But at the end of her cartoon, she gets engaged to someone who doesn’t love her and dies. This K-Drama does a good job of making characters come alive which cant be done in the manga which made this Korean Drama more popular.

7. My ID is Gangnam Beauty

This Korean Drama is best when it comes to the beauty standards which are prevailing in Korea. The beauty definition of the Korean Community is quite different from the world, they believe in white and they go with cosmetics. This Korean Drama also shows the double standards of society and revenge which run in Korea. The Drama is about a Girl who does plastic surgery and joins a new university where he meets a boy who liked her. Thereafter the story continues with the boy who loves her for her inner beauty not outside but a girl doesn’t understand that thing.

The Webtoon is called Ringing if you like which became popular for its diverse character development. The webtoon is about an app that allows people to know if someone likes them if they are in close proximity to them (a 10-meter radius). When a girl gets involved in the love triangle it makes her life difficult and also for her loved ones. This drama is available on Netflix to watch.

It is adapted from the Webtoon which is written by Jae Hoon and tells the story of Dong Hyuk. He is a detective working with a crime profiler named Han Sunmi to resolve a murder in South Korea. In addition, there are many great tracking and action scenes that are better presented in live-action than on Webtoon. It is one of the best Detective based shows which got adopted from a webtoon.

It is one of the longest-running Korean dramas adapted from webtoon which has Four seasons and 180 chapters which is very interesting to watch. The story is about Hong Sol, who returned to college for the first time in a year. Also, Yoo Jung, a popular rich student who has treated her badly in her past, begins to stalk her. Therefore, those who like Korean dramas about love triangles will love Trap Cheese. The ending of Webtoon is different from the ending of Korean drama, but the overall premise is the same.

So these were the best Korean Dramas which were adopted from the webtoons you can go and enjoy the shows.