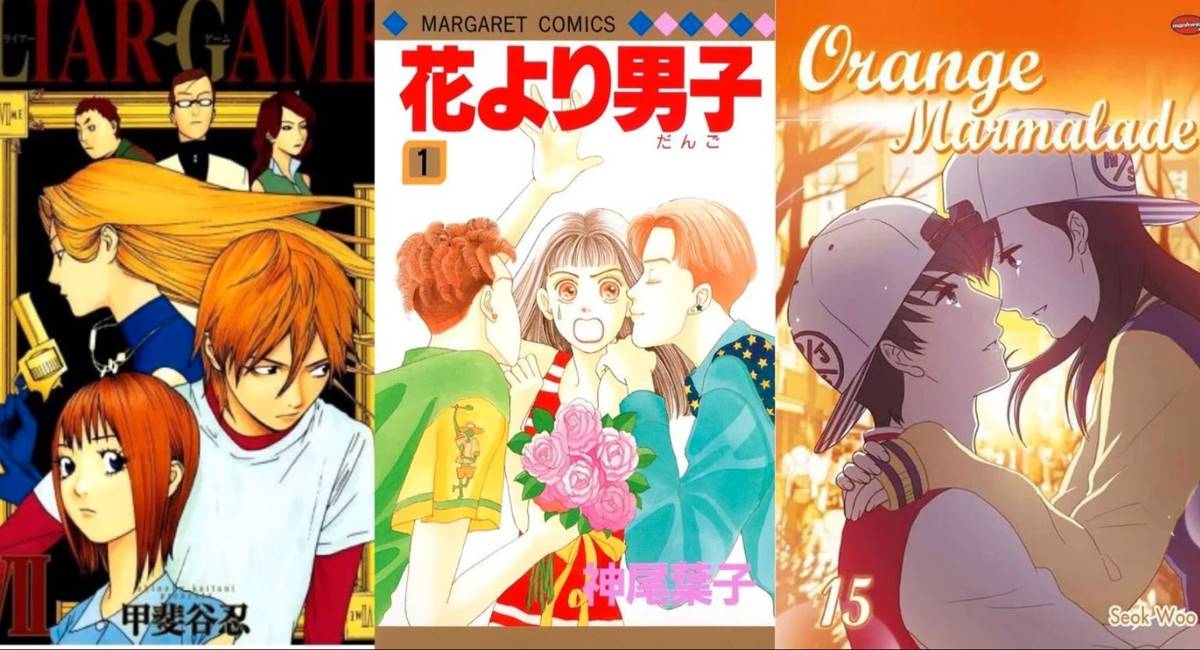 Top 10 Best South Korean K-dramas based on Manga or Manhwa:

We have all seen a lot of animes, webtoons, read a lot of mangas and manhwas. South Korean industry is not behind in making the K-dramas based on these mangas and manhwas. The K-drama industry is known for perfection. Sometimes the mangas based K-dramas become so successful that it is even considered better than the original itself. The good thing about these dramas is that we know what is going to happen in the next episode because we have already read the manga. The suspense of watching the K-drama might be eliminated in such cases. But seeing the same thing happening on Television with real cast feels much better. This blog contains the list of ten best K-dramas based on Manga or Manhwa.

Based On: Manga named Hana Yori Dango by Yoko Kamio.

The story of the drama is about a poor girl named Jan Di. The poor girl comes from a dry cleaning background. The poor girl gets admission into one of the most prestigious institutions in South Korea. She gets the admission out of luck. She saved the life of someone and got a swimming scholarship as a reward. The girl meets four spoiled boys. The four boys are the richest boys in the school. The four boys have formed a group together and their group is known as F4.

The drama has received exceptional love and ratings from the audience. The drama is a treat to anyone interested in watching friendship over the social and economic disparity.

The girl writes a love letter to the boy to express her feelings for her. The boy didn’t accept the love letter and return it to the girl. The girl got heartbroken. She went to the home only to see her house collapsed. Fate does its work and her family is invited to live with the family of the Boy whom the girl loves The girl even after being rejected still loves the boy The girl is devoted to the boy She tries hard to impress him. The boy doesn’t care and ignores her every time Later another boy comes into the drama and fell in love with the girl The story of the drama gets interesting twists from there.

Based on the manhwa named “Full House”

The story of the drama is about three men. One among them is Danny Tanner who has lost his wife The other is Jesse who is Danny Tanner’s brother in law and best friend since childhood Jesse joins the business of Danny Tanner and they start working together The third man is a standup comedian named Joey Joey has three daughters Stephanie, Michelle, and DJ The three men and their daughters come close and start feeling as a family They form strong bonds with each other They together form a true and full house.

Based on the Manhwa named Bichunmoo

The film is a South Korean Martial arts action film. The movie was released in 2001. the movie was the most expensive movie at its time of release.

The movie was a fantasy film. The story of the film is about two childhood lovebirds Jinha and Sullie Jinha and Sullie get separated because of tensions between their ethnic groups. Jinha’s father was killed by the Mongolian army Sullie’s father was the general of the Mongolian army Jinha began his training in the martial arts and vows to take revenge Sullie’s father arranges her marriage Sullie believes that Jinha is dead and accepts the marriage Jinha comes back and takes his revenge Later Jinha and Sullie also reunite and complete their childhood love.

Based on the Manhwa named Goong: Palace Story

6. To The Beautiful You (Manga or Manhwa)

The story of the drama series is about a Korean girl. The girl goes to the United States of America.

In the USA she gets treated badly. girl gets humiliated based on her looks and appearance. She gets embarrassed and decides to leave her studies and go to her hometown. girl watches a player from her country and she gets inspired by him. girl gets inspired and then decides to go to athletics She goes to her home country and joins the athlete college where her inspiration was studying. There is a catch the college was a boy’s only college. She cuts her hair short and wears a boy’s uniform and takes admission as a boy.

Based on Manhwa named Iljimae

Iljimae is a South Korean dramas series. The series was inspired by the manhwa of the same name. The series is a light comedy based fantasy story. The story is about a masked Robin hood. The drama series is directed by Lee Yong-suk. The series was a 20 episode long series.

8. The Kingdom of The Winds

Based on the manhwa named The Kingdom of The Winds

Kingdom of the winds is a South Korean historical drama.

Based on the Manhwa named Sad Love Story

The story of the series is Jon-young and blind Hye-in. From the time they have met each other they have shared a personal connection with each other. They are in love with each other and they believe no one can change their love. The destiny has thought something else. Faith starts making them go away from each other.

Jon-young goes to Seoul and Hye-in goes to America. Some misleading news is spread that states that Jon-young is dead. Hearing of the news Hye-in gets shattered. A few years later Hye-in gets her eyesight restored. She also gets engaged to a producer named Gun-woo. She goes to Seoul with Gun-woo to meet his composer friend. The friend was none other than Jon-young. Jon-young recognizes Hye-in at once but she refuses to recognize him This love that was naive at some point is no longer naive and blind The series is a heartbreaking, suspenseful love based drama series.

Based on the Manhwa named A Man Called God

The story of the drama is about an agent named Choi Kang-ta. The agent is famous for his abilities. His abilities are rumored to be equivalent to God. He lost his parents when he was small. He was then adopted by an American couple. When he becomes an adult he goes to take the revenge for his father’s death.

He befriends with someone to help him in his mission. But his friend betrays him and almost kills him. He saves hi life somehow and then starts his living in a village More twists come in his life as he falls in love and puts his life in much bigger danger.