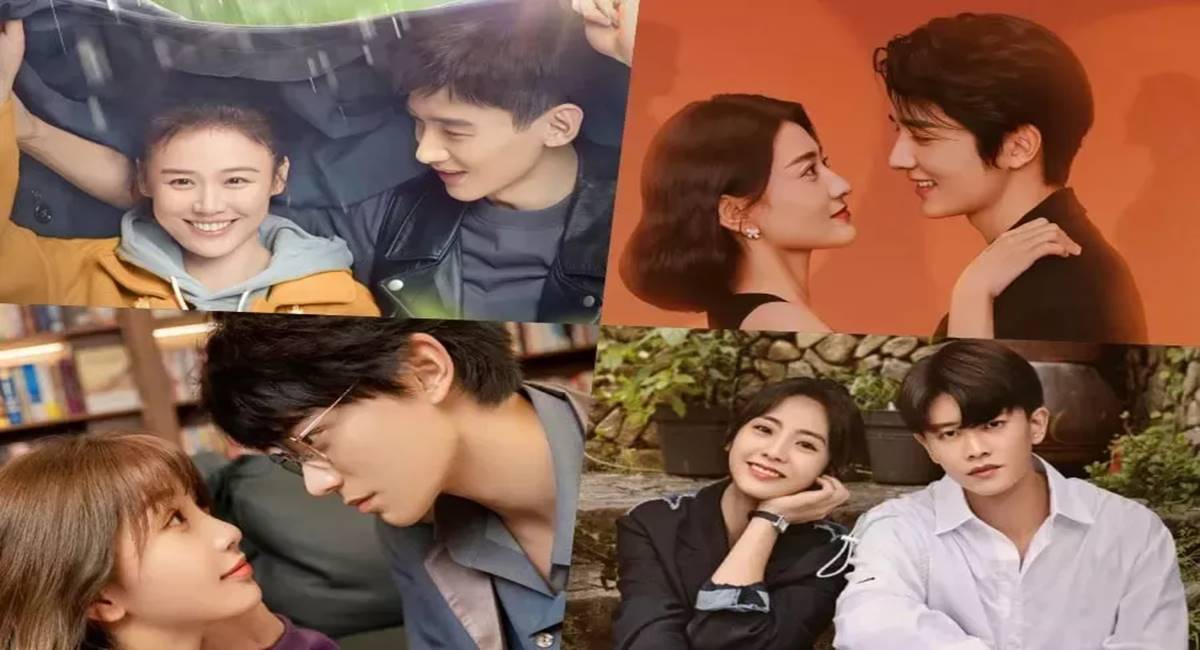 C-drama Best Romance: Whether you’re in a good or poor mood, romance has never let you down. Even if the idea of reel life romance sometimes’ sounds way too over the top! Isn’t it true that everyone romanticizes the concept of love? Chinese dramas are increasingly grabbing the attention of Western audiences due to their expanding range of love stories.

If you’re seeking an excellent romance drama, a C-drama will likely satisfy your needs. On that point, here are a few Chinese Romantic series that are sure to make your stomach flutter.

Xiao Nai is a gaming master who also happens to be the most famous student on campus thanks to his basketball talents, academic prowess, swimming aptitude, and game company president. When the incredibly bright wunderkind first sees the stunning computer science major Bei Wei Wei, he falls head over heels. But it’s not Bei’s appearance that catches his attention; it’s the ludicrous mastery with which she commands her guild and owns everyone in an online multiplayer game. Now, Xiao Nai must utilise his real-life and online skills to win the love of the adorable but eccentric Bei. But does their love have enough XP to succeed, or will they never be able to level up their relationship?

Qiao Fei is a postgraduate student in France who aspires to be a great interpreter. Her studies in Paris places her in a college where she meets Cheng Jia Yang, a professional French interpreter, and the two get off to a rocky start in their mentorship. She earns his admiration by consistently overcoming his obstacles, and the two gradually develop affections for one another. When everything appears to be going well, troubles appear one after the other.

She attempts to escape her ex-boyfriend, Cheng Jia Yang’s brother Gao Jia Ming. He is every female student’s dream lover, but no one realises he is suffocating beneath his family’s plans. He wears a calm, serious façade to cover his silent opposition to their wishes. They’ve both been damaged in the past by love, so they’re taking extra precautions to avoid stumbling blocks in their growing romance. Will their unwavering love triumph above all odds?

A strong-willed disciplinarian mother (tiger mom) is under enormous pressure to raise her daughter, but her husband (cat father) has a completely different perspective. Bi Shen Nan and Luo Su’s school-aged daughter, Qian Qian, are princesses. Bi Shen Nan ultimately realised that they had indulged their daughter for far too long after learning from others that the educational foundation begins in elementary school and observing firsthand the rigorous process of entering a great institution. She has swiftly developed into the position of a tiger mom, determined to catch up with the other kids. At the same time, her husband insists that Qian Qian’s pleasure is the most essential thing, even if it means being academically behind. Two sets of outspoken grandparents are thrown into the mix, as is the reappearance of Luo Su’s kind ex-girlfriend.

Feng Teng, the boss of a large company, has a younger sister who requires a blood transfusion due to a rare blood type. He locates Xue Shan Shan, a coworker, and requests a blood donation. After that, Shan Shan’s brother and sister are indebted to her. Instead of paying her off the way Feng Teng usually does, his sister proposes sending her nutritious packed lunches to help her recover from the blood loss and make the thank you more personal. Shan Shan enjoys eating, and her enthusiasm for lunches, as well as her general bright and happy demeanour, begin to soften Feng Teng’s heart.

In this drama, Legend of Fuyao starring Yang Mi as Meng Fuyao and Ethan Juan as Crown Prince Zhangsun Wuji, contains nearly everything a historical fantasy drama should have: a fantastic complicated tale, amazing cinematography, stunning costumes, exciting action scenes, and an excellent OST. The drama, based on a novel, follows Meng Fuyao and Zhangsun Wuji as they battle tremendous powers to clear the land of evil and provide peace to its inhabitants. Fuyao’s transformation from a carefree, innocent girl to the ambitious, wise queen of the country is simply magnificent. Her romance with Wuji brings warmth as well as tears to the reader’s eyes.

The intriguing fantasy tale features many connections, including romantic love, familial love, friendship, clanship, and more. At first, the exchanges between the male lead, Xu Feng (Deng Lun), the Fire Immortal and son of the Heavenly Emperor, and the female lead, Jin Mi (Yang Zi), the Flower Deity’s daughter, are rather vibrant. Still, many hurdles obstruct their passion, causing a rollercoaster of emotions. The action scenes and gorgeous CG-created environments add to the thrills!

Qiao Xin plays Ding Xiaorou in this heartwarming romantic comedy based on a novel. She has been single her entire life and believes she will never going to find true love, but everything replaces when she meets Chi Xin (Timmy Xu). Their cute banter makes everyone laugh, and their slowly building romance steals hearts. Characters in the drama have characteristics that can be extremely humorous to the point of being absurd, yet when they come together in the tale, they make so much sense and seem so appropriate.

It’s not easy to get inside the mind of a violent criminal. However, Bo Jinyan, a great criminal psychologist, can penetrate even the most enigmatic and dangerous criminals’ thoughts. He works as an analyst and advisor on the police department’s most violent or complex cases as a professor at Maryland. Simon delves into the criminal mind’s thoughts and objectives with the help of his teenage helper, Jenny Jian Yao. Jenny can help Simon open up emotionally as they work together to solve crimes since she is the daughter of a senior police investigator with a strong sense of justice.

2. The World owes me a first love

Based on a novel, this romantic comedy stars Xing Zhao Lin as Xia Ke, the proprietor of a gaming firm, and Bai Lu as Xing Yun, who is hired as a corporate employee. The drama explores young adults’ goals and daily challenges, but it also thrills with adorable and hilarious elements of the boss-employee relationship. The protagonists use natural chemistry to generate a beautiful and enjoyable love storey.

1. When a Snail falls in love (C-drama Best Romance)

Detective Ji Bai has a recruit, criminal profiler Xu Xu, to train. She is good at determining people’s ideas, but she isn’t very good at interacting with them. On the other hand, Ji Bai does not want to fire her for this reason. She’s a natural at profiling, but she lacks physical prowess, moving as slowly as a snail. Despite this, the instructor and student couple progressively fall in love amid their investigations, impressed by one other’s ability.