Naruto manga and anime can be regarded as a compelling story with the complexity of the story is simple and easy to understand. Genre brought by Naruto manga is quite comprehensive, ranging from adventure, action, comedy to romance. The main characters also have a strong enough background, because in the manga and anime often served flashback story or flashback them.

It turned out that almost all the characters in the story of Naruto, has a life story that is sad, because the flashback often told of the struggle and the bitterness of which had to pass. Here are 10 characters in the Naruto story with the sad life story.

Kabuto character first came out when Naruto will face Chuunin exam. Characters that indicate genius character was performed with tenderness, like comrade. But over the story will appear different characters change Kabuto until he explained the history of his life that did not have the memories of when he was born, who his parents were, and had no friends at all. Until finally a small Kabuto treated by Nono who acts like a mother to a small Kabuto.

After some time, Kabuto split with Nono, because Kabuto joined Root organizations (chaired by Danzo Himura). Then after Kabuto grow into more mature, he was sent to a different mission with Nono. But for some reason, Kabuto and Nono kill each other. At that time, Kabuto did not know the reason why kill Nono, while Nono did not know Kabuto who has grown completely. That’s when Orochimaru and Kabuto met with invited him to be his subordinates. 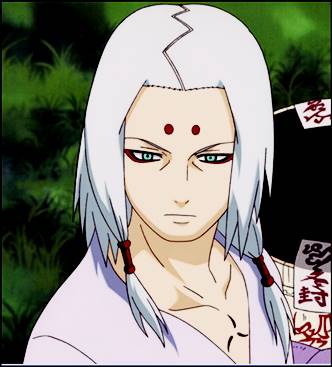 Kimimaro Kaguya came from a clan that has been slaughtered while attacking Kirigakure. Kimimaro is the only one left of his clan who are able to manipulate bone in his body. Because of the ability that Kimimaro locked down and only released except when needed since he was young. Orochimaru used the story kesenderian Kimimaro and appointed him as one of his men.

Kimimaro pledged allegiance and give his life to Orochimaru as the most loyal followers. In the fight with Gaara Kimimaro fight all out even though he had no other purpose than to follow the orders of his master, Orochimaru, until the final moment Orochimaru himself who take life Kimimaro. 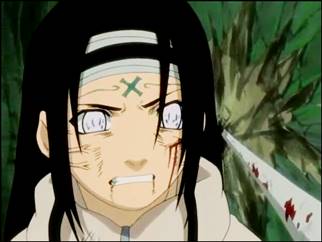 Neji Hyuga sustain the burden of the dark history of her own clan where his father sacrificed himself to save the main family to give up their lives. Should sacrifice was performed by the main family, not a family where the father Neji branch is located. However, because the love of his father to his brother as head of the main family, father Neji replace these sacrifices known as Tragedy Hyuuga. Each branch of the family will be given a curse seal on his forehead and will be lost when he died along with Byakugannya. Hence, Neji’s father offered him, so that after the secret execution Byakugan not revealed.

Neji young do not understand it, he also has the curse seal senidiri forehead, which will give families the pain when the main chant. That is the reason why Neji hated Hinata at the beginning of the story of Naruto, Neji and eventually realized that his father’s actions is the sacrifice for all the family Hyuuga. Neji finally killed in World War Ninja 4 after protecting Hinata. 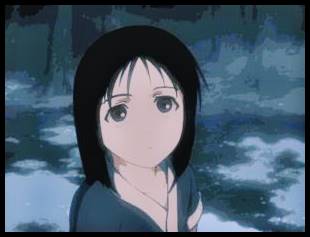 Haku appeared in early episodes of Naruto manga and anime. Haku is one figure who has a strong character in Naruto and became one of the important thoughts on the way the team 7. When Haku was a kid, Haku lived with her father and mother. When the father learned that Haku and his mother had Genkai Genkai, her father collect villagers and intend to kill them. Haku witnessed when her father killed her mother.

Shortly before her father and the villagers tried to kill Haku, he let go of his ice spear capability then killed his father and all the villagers. Haku was orphaned in which none of the village maun accept it. Once when he met Zabuza asked him to become his weapon. Haku accept and swear loyalty to Zabuza even that he died at the hands Zabuza own against teams 7. 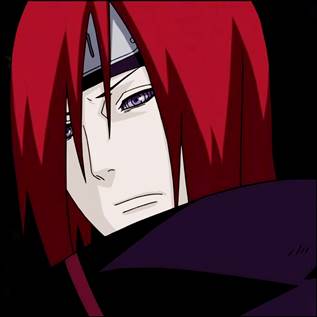 One member of the Uzumaki clan, Nagato Acts as chairman of the Akatsuki organization is also very interesting to read, because the story Nagato also closely related to world war ninja in the past until he was eventually lost kepercayaanya on villages in the ninja world. Along with three companions Kanon Nagato and Yahiko was a pupil of Jiraiya Legendary Sanin. However, due to the war situation at that time made Jiraiya left the three of them and Yahiko died in battle. Since then Nagato is trying to build its ideals to the world and build Akatsuki ninja. 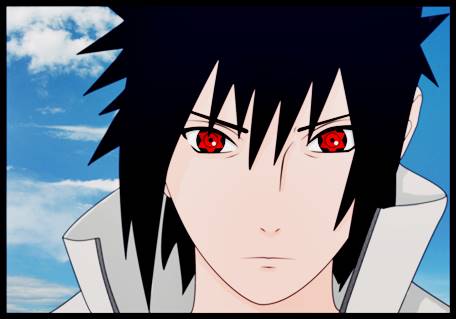 Sasuke Uchiha is the main character of the story of Naruto played a key role from the beginning to the end of the story. Sasuke is derived from the clan that has a special eye named Sharingan. Terrible ability of the eye often result in a conflict that brought up the name Uchiha at its peak is when the full moon night, a genius ninja Uchiha Itachi slaughtering the entire clan including his parents.

But Itachi was not able to kill Sasuke who is his brother. Sasuke who do not understand about the mission undertaken by her brother, grew into a figure that is cold and haters for one purpose that killed her sister. But as the story unfolds, Sasuke began to learn the dark history of clan that forced Itachi massacred the entire clan. 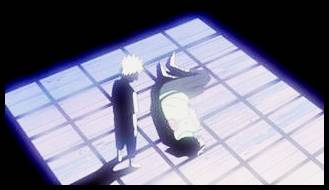 As one of the pupil of the Yondaime or the Fourth Hokage, Kakashi is known as one of the genius ninja. However, his past, and his team faced during the war era to make his personality changed. One proof of the story of his past is its Sharingan eye even though he does not come from the clan.

The Sharingan received from his team-mates who died during the mission and hand over one eye left to Kakashi with a promise to protect Rin, Kakashi another colleague. Kakashi also miss the figure of the teacher, Yondaime, when the rampaging Kyuubi and Yondaime gave his life to seal the Kyuubi in Naruto. Kakashi past piecemeal unanswered at the end of the story manga. 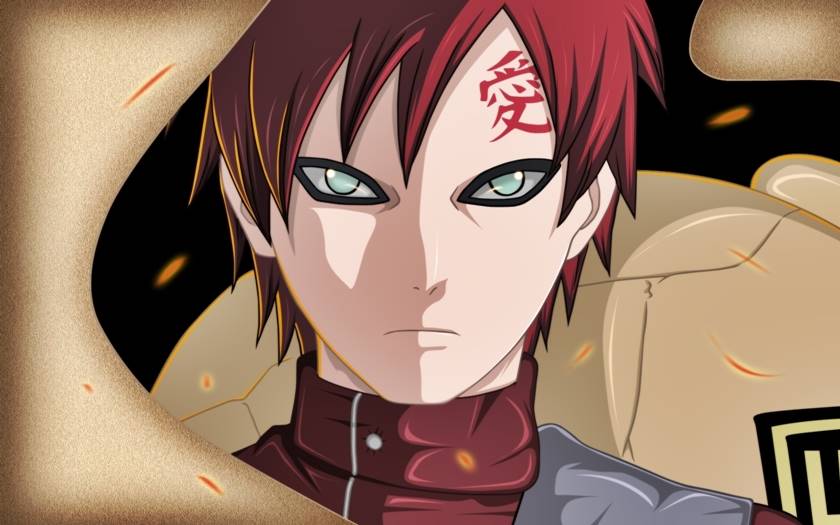 Gaara originally an antagonist figure in the story of Naruto. However, due to awaken Gaara Naruto have a similar life as a Jinchuuriki, Gaara slowly opened her heart and began to recognize the word “Love” which was in the left forehead. Gaara lost his mother at birth, so that made his father hated him and just regard it only as a weapon village.

Because the power of Bijuu inside, Gaara was greatly feared by the villagers, including by his own brothers and sisters. Since childhood he had many times wanted to be killed, even by caregivers themselves. But after his encounter with Naruto, Gaara become a different person even when together with Rock Lee tried to fight Kimimaro. Gaara finally did become Kazegake, follow Naruto who dream protect the village. 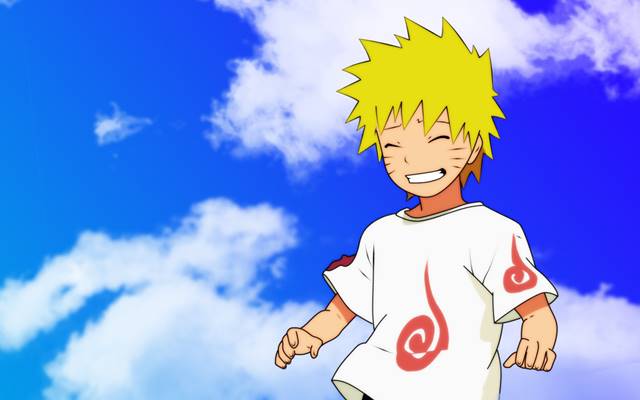 Naruto Uzumaki as the main character in the Naruto manga story also has a very interesting story in any development of the story. Starting from Naruto was born without the presence of his parents, lives alone and hated as a monster to finally meet up with his family in team 7.

The Story of Naruto Team 7 as the family was growing nicely when Sasuke left the village after starting familiar with the whole team, but still choose primary mission in life to killing Itachi. Stories bromanship between Naruto and Sasuke becomes an interesting cover story until Naruto finally reach his goal that used to be ridiculed. 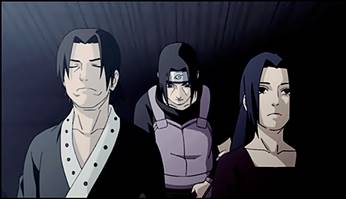 Itachi Uchiha figure continues to be a mystery until the Naruto manga will be reached eventually. Points earliest mystery is the reason why could he slaughter the entire family and clan, but can not kill his brother. Itachi hated and hunted as traitors of Konoha village to become a member of the team with Kisame Akatsuki, without say a lot of information about her life story. In fact, he kept his mouth shut about the secret mission being operated when killed by his own brother, Sasuke.

Sasuke finally know the secret missions carried himself by his older brother for the sake of the village, eventually turned to respect and seek to protect Konoha Itachi Itachi heritage. Sasuke and Itachi reunited when Itachi raised by Edo Tensei belongs Kabuto.

Okay that’s 10 Characters In Naruto With The Most Sad Life Stories presented by Animesouls.com Hope you liked this article, please do not forget to like and share us, thanks.