Home ANIME Top 10 Characters in Tokyo revengers and their powers 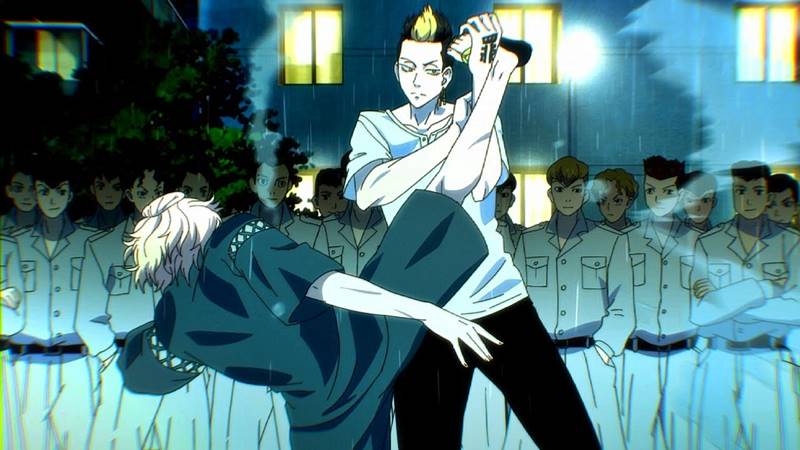 Top 10 Characters in Tokyo revengers and their powers

Manjiro Sano or simply Mikey is one of the strongest characters in Tokyo revengers and my favorite. This former leader is a victory man who everyone fears. He can defeat any character in Tokyo Revengers. He was bought up by his grandfather and mastered martial arts from him.

His presence can enhance the entire gang, magnifying everyone’s strength and making him an extremely formidable and dangerous opponent for adversaries. Even when he was a toddler, he was able to subdue other elite members with a single kick. His physical strength is so strong that he can lift a bike with so ease.

Senju falls in the second position of the strongest character in Tokyo revengers. Being the strongest character in Tokyo revengers anime he is new to the series. He rose to become a powerful Shinobi on the battlefield.
He does not appear to be as menacing as Terano, but his mobility and athleticism are obvious. Senju has a similar kicking style as Mikey since he was able to effortlessly strike a powerful blow on Terano’s neck.

Terano South is the most recent addition to the plot and is the next most powerful character in Tokyo Revengers. In Japan, he is one of the Three Deities. He is the leader of the Rokuhara Tendai gang and is a particularly towering and fearsome figure. Comparing with him Draken appeared to be dwarfed.
With one hand, he can hold and throw Inui while steering his motorcycle with the other. His punches are powerful enough to send even the most stalwart Draken reeling. Even though he lacks skill he makes up for it with sheer force.

Izana Kurokawa, the previous head of the Tenjiku Gang, is the next strongest figure in Tokyo Retribution. Mikey’s special attack could only be resisted by a few characters, and he was one of them. He had a fearsome presence over his other gang members and was related with Mikey through his step-sister.
He didn’t appear to be a strong character, yet he had an unbelievable ability to predict his opponents’ moves. So his adversaries had a difficult time striking him. The fact that he can compete with Mikey on an equal footing further adds to his dominance.

Ken Ryuguji, the previous second in the Manji Gang and the closest to Mikey, was on the list of who is the strongest character in Tokyo revengers. He is the beast Draken and has a commanding presence. He is taller than the majority of the other characters and so of course he dominates others with his tallness.

Even though he received a mass blow to his head with a rod, he possesses superhuman resilience as evidenced by his ability to defeat 20 foes. He also escaped a knife strike that went all the way through his stomach and he was able to stand up without losing consciousness for long.

Ran Haitani is the older of the Haitani brothers and is also one of the most powerful Tokyo Revengers characters. He is ranked second on the list of who is the strongest character in Tokyo Revengers. Being Rokuhara Tendai’s number two is no easy task, and it demonstrates how Terano South believes in Ran’s abilities. Ran and Rindo has always worked together as a team, terrorizing the world. They can generally take out a gang or two by themselves when they team up with Rindo.

Rindo Haitani is one of the strongest characters in Tokyo Retribution. He is a member of the famed Haitani clan. During the struggle against Valhalla, they were first presented. They were brought in as judges to pick the battle’s winner because they had such an influence. Tenjiku later hired them, and they are now Rokuhara Tendai members. Rindo, the younger brother, is a self-proclaimed sadist. He has already demonstrated his strength against former members of the Toman.

Rindo is a master of grappling and prefers to take his opponents to the ground, where he eventually finishes them off. You can compare him to UFC’s Khabib Nurmagomedov, who is a beast in the ring. Rindo’s favourite move in a battle is to break his opponent’s joints off, and he’s extremely good at it.

Taiju Shiba, the series’ next strongest character, was also one of the series main villains. He is a member of the Tokyo Revengers, a group of formidable characters. He was the previous leader of the 10th generation Black Dragons, and the mere mention of his name made everyone shudder. Nobody dared to challenge him because of his terrifying impact. He’s a monstrously powerful and violent character. He has no compassion for anyone, including his siblings. To take him out, we will need a lot of raw effort and combative skills.

Keisuke Baji was one of the founding members of the Tokyo Manji Gang and without a doubt one of its most powerful members, ranking second on the list of who is the strongest character in Tokyo revengers. Following Mikey and Draken in the power hierarchy, he was number three. He knows how to use his head as well as his muscle. He was easily prepared to investigate Kiseki’s nefarious plot and operate as a double-agent to bring him down.

Takashi Mitsuya is Toman’s other playing card. He is the last on the list of who is the strongest in Tokyo revengers. He’s not only one of the most popular Tokyo Revengers characters, but also one of the most popular in the series. He, like Nahoya, was attacked by Tenjiku members to demonstrate his significance to Toman. Mitsuya may be a loving guy at heart who never backs down from a task, even if it is over his skill level. He’s also the group’s most responsible member, having raised his siblings from a young age.