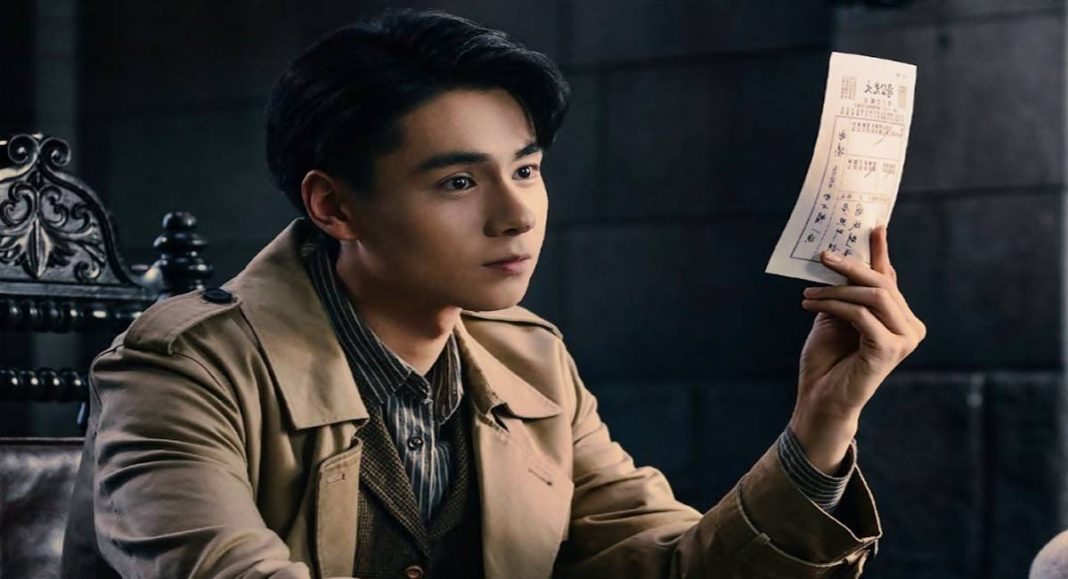 Detective based C Drama: Hi there, today the blog is about the top Chinese Drama in the detective genre. This genre of C-Drama is least explored. When we want something thrilling we always go towards the thriller Genre or when we want comedy we go towards the Comic Genre. But this genre is different from others such that it contains all the genre in itself which makes it very versatile. Everyone should watch the upcoming list if they love Chinese Dramas. So here is the list of Top 10 best Chinese Drama series of all time.

A 26-episode thriller that will make u jump in your seats. This series features police officers with multiple personalities, one of whom is dark. He goes with his friend and his fiancé to a mysterious town to solve a series of interrelated ridiculous murders. He solves the mystery layer by layer and gradually begins to uncover the 20-year-old case. However, there are some misleading additional mysteries here and there. Also, be prepared to see many characters that may be suspected of a crime based on their behavior. It’s like an illusion created to confuse you.

This series is not about detectives but about mystery thriller drama about the deaths which are happening due to rare bugs in the town. With the help of coroners, they find a long-hidden murderer and learn a lot of interesting things about student identities. Insect Detective follows a lead engrossed in insects and has a nice greenish theme, but it’s much more complicated than that. If you’re here for the genre of crime, not romance, you can enjoy it (about teachers and students, parent-child relationships, sibling relationships).

Original sin is another masterpiece on the list. The series is about two people who are away from one another but they rely on each other. The main story revolves around lawyers who have just been released from prison and police officers who have achieved great success. Both feel guilty about their past lives and feel comfortable at work. So they work hand in hand to support justice. There are many twists that will blow your mind so it is a must-watch for everyone who wants a real thriller.

7. The Sleuth of Ming Dynasty

Another series on the list follows three main friends as the main character who share the same goal and in the journey, they will meet with new adventures. Authoritarian eunuchs, low-ranking judges, and high-ranking guards try to stop the plot and create peace. It follows the story of three adorable and humorous characters in Jackie Chan style. You will enjoy seeing all the ridiculous coincidences, dialogues, and car chases! A great watch for fans of well-choreographed acrobatic scenes

6. My Roommate is a Detective

My Roommate is a Detective is a very famous Chinese Drama series that is popular among youths and couples. It follows the adventures of an elite detective team formed by young police officers. One of the members is a student who graduated from the UK and the other is an independent reporter. This is another best Detective drama series which follows the style of American Mystery solving style which will surely interest you. So go and watch.

The series follows one protagonist who is on the hunt to find his father’s killer and also he will reveal some secrets which will change his life forever and leave him shocked forever. So who should watch this series? A person who is crazy about martial arts and mystery loves the action scene of Kick-Ass and loves characters with super combat skills. It draws you into the case and allows you to solve them with its hero! This means that you have enough clues and clues to solve the puzzle before the story ends! But that doesn’t mean it’s obvious or not challenging enough!

Detective L as the name suggests is based on the adventures of the Detective whose short form is L and he solves many cases with the help of a pretty female graduate of the police academy and a gifted detective who ends up working in the same department. The Drama has some excellent cases which will make anyone curious so anyone who is interested in watching a detective solve cases in his own unique style should go and check the web series.

3. When a Snail Falls in love

The Drama series is about a detective who is a master in his work and trains rookies to become professionals. This is one of those detective C dramas that are not easy to track down. Be wary of each episode as it is rich in information and characters. All the small cases are connected to one big case, so you need to stay focused to understand the whole case. In fact, it’s like a big incident with many criminals. The acting here is very realistic and serious, as the research is at the heart of the story.

Here is another series that features characters from opposite polls in the same group as they try to solve many cases. This Chinese research series revolves around smart and beautiful aristocratic women shaking hands with hard-working inspectors. They have different personalities, but they have great chemistry and work together to achieve great results. It has a well-written story, but it’s not as heavy and serious as many others in this genre. It’s fun, but it’s neither immature nor childish. The series is very well written and directed which makes it worth watching.

1. A Murderous Affair in the Horizon Tower

One f the Top Detective Chinese drama is very popular in China. The series revolves around a girl in the Hotel. One day she was found dead in a Horizon Tower apartment. When she was found, she was wearing doll-like makeup. All the clues to this “puppet murder case” point to three suspects, each showing their own version. However, each was fascinated by the beauty of her girl and had a relationship with her. We soon learn about her complex family history and new suspects emerge. So is it a  crime of love? Watch the Show and find out in the series.