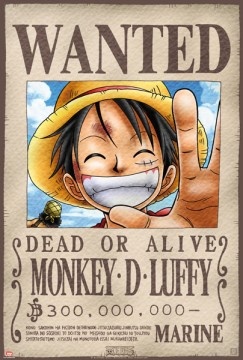 2 -> Luffy is simple minded and doesn’t seem to be very brilliant, however he is a genius when it comes in to fight. 3 -> Luffy is very loyal to his other friends and crewmates, but he lose his temper quickly if they are harmed in anyway. 4 -> Luffy also believe that all people should be loyal to their Friends, and if Luffy see anyone betraying their own comrades, he would stand up for the victim (even if they are enemies) 6 -> Luffy Straw hat, given by Shanks is actually belonged to {Pirate King} Gol D Roger himself. 7 -> Luffy was a actually very good swimmer before eating his devil fruit. after that He lost his swimming as devil fruits  eater have side effects. 8 -> Only one of the several million people have this ability to use King Haki. This type of Haki allows the user to exert their willpower over others. It is said that who ever possesses this type of King Haki has the qualities of a king. 10 -> Luffy had a punch as powerful as a pistol even at seven years of age.