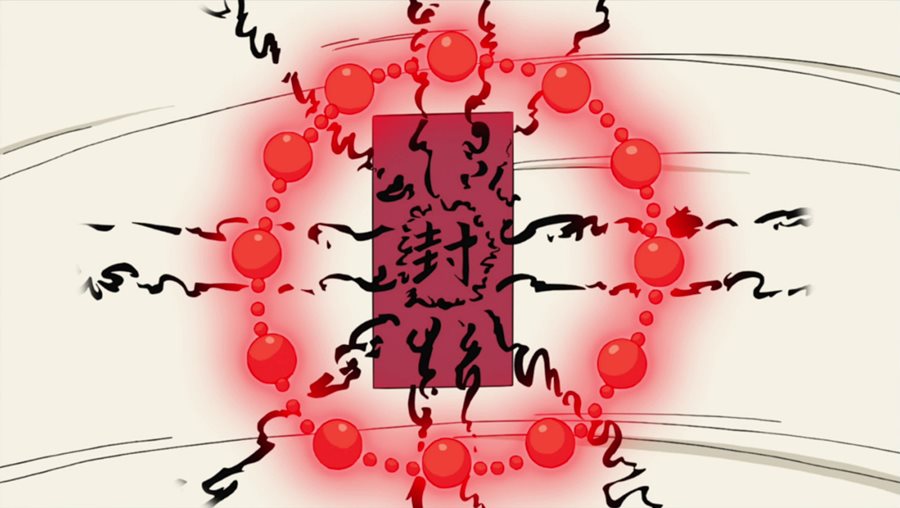 The Adamantine Sealing Chains is a fuinjutsu used by members of the Uzumaki clan.
This technique moulds the user’s chakra into extremely durable chains which can be used for several purposes, such as physically restraining or directly combating their targets foes even as powerful as a tailed beast. According to Orochimaru, these chain’s could also be used to bind the chakra, completely neutralising them. Using her chain’s, Uzumaki Kushina could also erect a barrier strong enough to prevent anyone or anything from entering or leaving the perimeter defined by the chains. The barrier was very durable, as Sarutobi Hiruzen (Third Hokage) stated that there was nothing anyone could do to interfere with what Minato and Uzumaki Kushina were doing once it had been erected.

These chain’s also made up her seal, completely pinning the fox down with several spikes in her own mind. Even while near death, Uzumaki Kushina was able to use these chains in the physical realm to restrain Kurama, enabling Namikaze Minato to use the Dead Demon Consuming Seal.