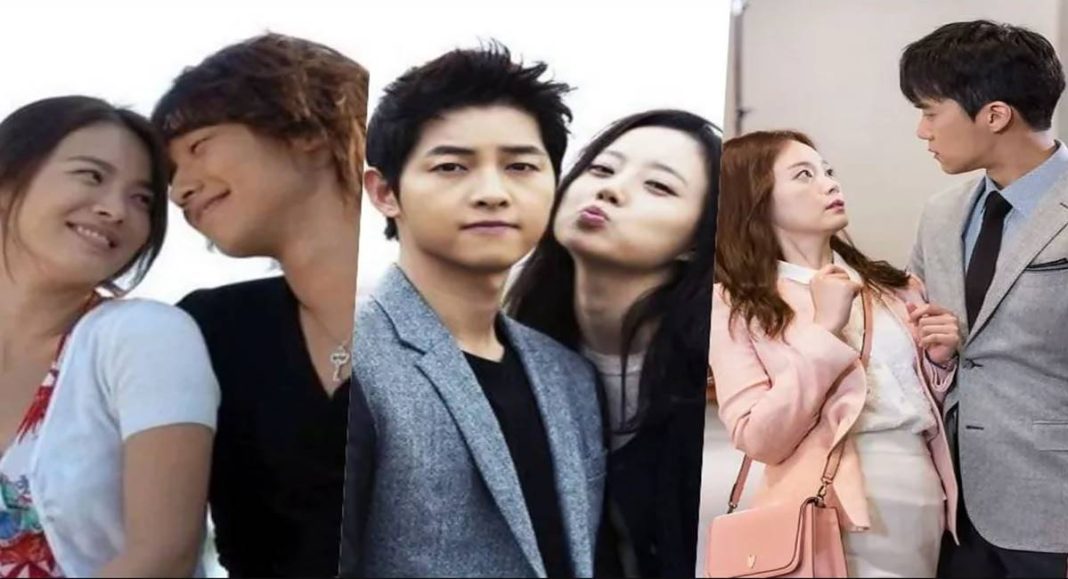 When coming to the best K-Drama in the Genre ‘Enemy to lovers’, this one will be on Top since this K-Drama has all the things which are required to make it worth it. The Story is about a North Korean Woman and South Korean man, who began as an Enemy and then fall in love with each other. The story in the starting seems very hateful we they meet but later it becomes one of the best stories involving a beautiful and intense love that is filled with passion and sincerity. The way these actors play the role lightens up the screen.

3. My love from the star

This One K-Drama features one of the best k-Drama stars Do Min Joon, an alien with a chip on his shoulders, and Cheon Song Yi, an actress, who falls in love with her. The two are quite frustrated with each other when they first meet. She couldn’t understand the well-maintained Lee Yi, and Do Min-jun couldn’t stand all the hustle and bustle of her celebrity life. But when she finds a very thin line between her anger and her genuine feelings, he is forced to express his love. The show is a must-watch for getting a new experience in love.

The story is about a girl named, Tae Gong Sil, who is always followed by dead people wanting her to do things for them, and frightened she barely sleeps at night. But when she met Joo Joong Won (So Ji Sub), she realized she wouldn’t see the dead when she touched him. The two begin to look down on each other, but Gon sil can find peace near Joo Joong,

so she becomes quite clinging. The two enter into a strange relationship and somehow fall in love. There are some very intimate scenes in the drama which will make you shy for some time but will give you a whole new experience in the era of love.

The K-drama features the best couple in the industry Jo In-sung and Gong Hyo Jin in the lead roles, which means that the acting level in the drama will be superb. Jo In Sung plays Chang Jae-Yul, a mysterious writer working on the aftermath of a traumatic childhood. He meets a lively psychiatrist named Ji Hess, played by Gong Hyo Jin. The two fall in love and have to deal with each other’s problems together. The emotional angle in the drama is by far the best and both actors made it look more beautiful without any doubt. The bond shown between them in the Drama is by far the best in any of the series.

This classic drama stars Hyun bin as Kim Ju Won and Ha Ji Won as Gil Ra Im. She is a struggling stunt woman who meets the CEO is the department store named Kim Ju Won. The two are initially disgusted, but slowly begin to fall in love. The two find it difficult to be together because of their origins, but they still struggle to be together. “Secret Garden” is a staple for some reason. This heartwarming romantic comedy stars two legendary Korean stars. They are amazing actors which bring out the best in their chemistry which makes everyone feel connected to them.

One of the best K-drama in the kist which became a big hit featuring Park Min Young and Kim Jae Wook. The series is about an artist named Ryan Gold, who falls in love with art curator named Sung Duk Mi. They have great chemistry which can be seen on the screen which makes the audience feel connected to them. If you want to get into the life of them which is why this became one of the biggest hits in the history of K-Drama.

Hyena stars Yoon hee Jae who falls in love with Jung Geum Ja and gets decided that he wants to be with her forever. What Hee Jae doesn’t know is that this is all part of Geum JA’s master plan. Hee, jee is a lawyer at an elite law firm, and Geum Je, a lawyer, is trying everything to file a high-profile proceeding so that he can make more money. The two are completely opposite and realize that they need to keep a distance. In other words, it is up to forced cooperation in a specific case. The mature acting which is shown by these two actors is very good which makes it worth watching.