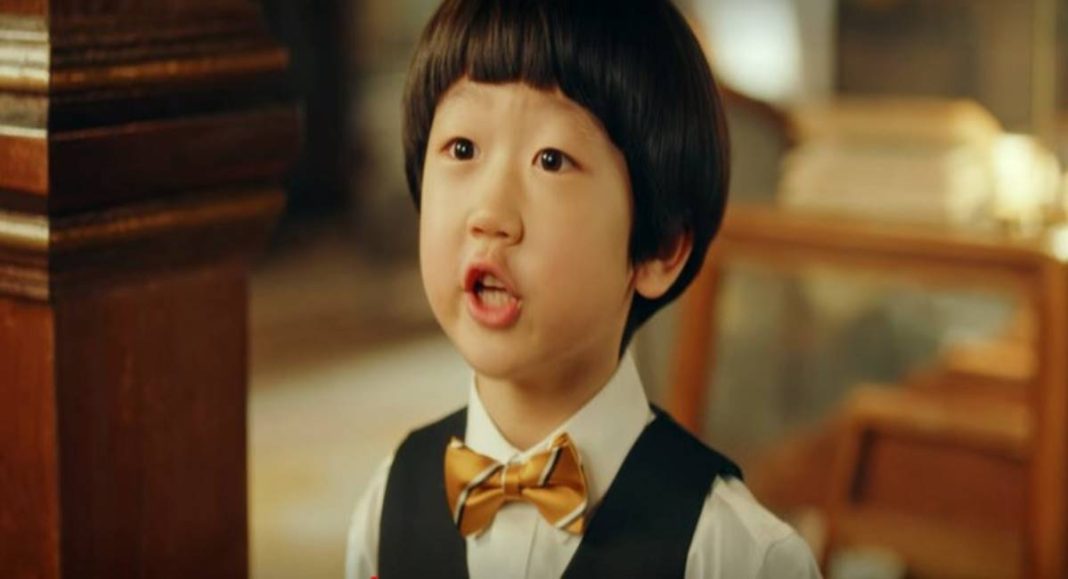 K-Dramas for kids: This blog gives the list of the best of K-dramas available for kids. K-dramas come in a huge range. There is a K-drama for everyone. In this article, we will give the best K-dramas for children. When choosing K-dramas for children we have to be very careful. The kids should not watch anything inappropriate. At the same time, the dramas should knowledge to kids.

Here is our pick for the best K-dramas for kids.

The story of the drama series is about a high school girl named Eun Dan-oh. One day she discovers that we all are just characters of Comic Book. We all are living in a Comic Book. The writer has already everything about our lives. She believes that she is just an extra character in this comic book. She has heart disease. Eun Dan-oh is expected to die in 6 months. She is also engaged to someone who despises her. Eun Dan-oh decides to change her fate and go opposite to what the writer might have written. She decides that she will find true love in her life.

Eun Dan-oh is more desperate to change her fate than what the writer has written. She unexpectedly meets a student who was numbered 13. His desire to change the date makes her pay a price.

2. Descendants of the Sun (K-Dramas for kids)

Descendants of the Sun is the story of an army officer. One day fighting for the country he gets injured. To treat his injury he goes to a hospital. The surgeon who was treating him mistakes him to be a terrorist. The officer then has to prove his identity to the surgeon. The army officer developed feelings for the surgeon at love at first sight. They started dating each other. But their jobs didn’t allow their dating. They both were busy in their work such that every time one has to leave in between the date. Fate tries harder to separate them. The army officer gets posted in a different country.

The distance between them didn’t stop their love. They again meet after 8 months of volunteering to help in an earthquake. They confess their feelings. Still, they again get separated. The drama series make them go away from one another again. The strength of the love doesn’t weaken and ultimately their love wins. The drama is good for kids because it shows multiple good things. One is the unconditional love for the country. The army officer took a bullet for the country. The second is helping people in their needy times. The army officer and the surgeon helped people at the time of the earthquake. The drama also teaches about the priority of work. Both of the leads sacrificed their love for their work. The drama also shows about unconditional love. Both of them got separated still their love didn’t fade away and ultimately their love won.

The story of the drama is about a girl named Do Bong-soon. Bong-Soon has supernatural powers in herself. She has acquired these powers genetically. She is so powerful that she can beat many person single handedly. Bong-Soon has a lifelong dream of having a game on herself. She wants to play the lead character in the game. Luck strikes his way and she meets the CEO of a famous game company. The name of the CEO was Ahn Min-hyuk. Min-Hyuk was in trouble. Bong-Soon saved him from thieves and kidnappers. She got a job as the bodyguard of Min-Hyuk.

He teaches her how to control his powers. He also helps her in using her powers for the good cause. Both start feeling attracted to each other. The feeling of love starts emerging in them. The drama is good for kids as it is a kind of fantasy drama that shows immense strength. Drama will make kids work on their strengths. The drama shows how everyone should use their power for the good, not for the bad. The drama also shows that we should always try to help the other person.

The story of the drama is about 4 friends. The 4 friends want to get successful. The problem is that they are under qualified for the field in which they want success for. The drama shows they struggle for success. The drama also shows romance in between the struggle. Two of the friends feel attraction in their childish interactions. While the other two want to save their six year old relationship. The drama is mainly centered on the struggles for success. The drama will motivate the kids for their struggles in the future.

6. She was pretty (K-Dramas for kids)

The drama depicts the story of a girl who once was very beautiful. The girl was very pretty when she was young. She lost all her prettiness with time. The reason was her financial problems. Because of the financial problems, she couldn’t focus on her beauty.

She faces many troubles because of her loss of prettiness. Girl wants to get a secure job but she gets rejected every time. She also gets humiliated at times. But she keeps on improving herself

The story of the drama is centered on an athlete campus. Kim Bok Joo is one of the athletes on the campus. She wants to pursue her dreams of Weightlifting. Bok Joo has a good friend studying in the same campus named Jung Joon-Hyung. Bok Joo develops a crush on Joon-Hyung’s brother. She tells about her crush on Joon-Hyung. He teases her at first but then supports her to get his love. But with time he realizes that he is falling for her. The drama is a new age story.

The drama depicts the story of a few college friends working for their dreams. In between of their dreams, they experience love and relationships. This drama shows their journey of facing every situation and growing up with that. The drama teaches the kids about various struggles they have to do while chasing for their dreams. The drama also depicts about modern love and relationships problems. This will help the children to understand love in a better way.

The drama is about a girl who is trying to get rid of a boy. The boy is troubling the girl to become his girlfriend. The girl doesn’t want this relationship. Her best friend gives her the advice to post a photo on Instagram with a random guy and claims him as her boyfriend. She finds a rand guy and does the same. The girl gets into trouble when she finds out that the random guy was the most wanted guy of the class.

This drama is suitable for anyone who is interested in Science and technology. The drama depicts the struggles for success. drama will teach kids the future aspects of Science. The drama is about a girl who wants to pursue her father’s dream of becoming an entrepreneur. She finds help in the form of a former business tycoon who was facing losses for the last 2 years. The two of them unite and make the dream of an AI based startup come true.  The drama teaches the kids to focus on Science as Science is the future.

So this was the list of best K-dramas for kids. This list is made considering the overall development of the kid. These dramas will teach the kids many things that will be helpful in their life. So if your kid is interested in K-dramas make sure you make him watch the dramas mentioned in the list.