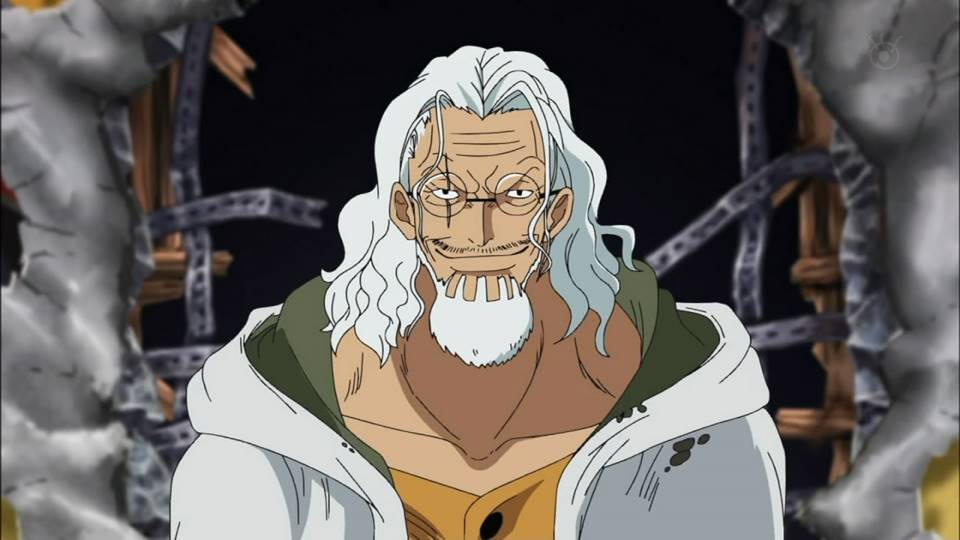 1. Silvers Rayleigh His name is similar to John Silver from Treasure Island and Sir Walter Raleigh, an English 16th-century explorer and privateer. It should be noted that Sir Walter Raleigh’s name has been spelled in over forty different ways, in which also includes the spelling “Rayleigh” (note, the “y” would actually be pronounced as “i”).

2. It is possible that his name is related to the phenomenon known as Rayleigh Scattering. In particular, when fighting Kizaru, Rayleigh was shown to be able to ‘scatter’ Kizaru’s light attacks, which is a visual pun on Rayleigh Scattering, which involves the scattering of light.

3. When Silvers Rayleigh fought Kizaru, he told him that if he were to get rid of his wanted poster, he could go into peaceful retirement. This means that Silver Rayleigh has an active bounty, the amount has yet to be revealed.

4. Silver is traditionally considered the next most valuable metal after the gold, and as the first mate, Silvers Rayleigh was the second highest ranked man in the crew after the captain, Gol D. Roger also known as Gold Roger.

5. There is a theme of rare metals among the senior members of the Roger Pirates, like first Gold D. Roger then Silvers Rayleigh as another member is name Scopper Gaban, as in “copper”.

7. Silvers Rayleigh is the first former Roger pirate known to still have an active bounty.

9. When Red Hair Shanks and Buggy were first revealed to be part of Roger’s crew, a fan asked Eiichiro Oda in a SBS question if the man that scolded them was a subordinate captain under Gold D. Roger that commanded the ship they were sailing on, or even a high ranking officer. Without giving away Silvers Rayleigh’s name at the time,

Eiichiro Oda responded that this man “Silvers Rayleigh” was none other than the first mate of Roger’s crew. Eiichiro also stated in his response that since he had set this fact in stone from the very start, Eiichiro Oda told Toei Animation that when they adapt Buggy’s flashback for the anime, Buggy and Shanks should not refer to Silvers Rayleigh as Captain in the anime.

10. As stated by Shakky, Rayleigh loves women and alcohol, which Rayleigh proves when he is first introducing saving the Keimi from being mistreate by Disco while holding a hip flask.