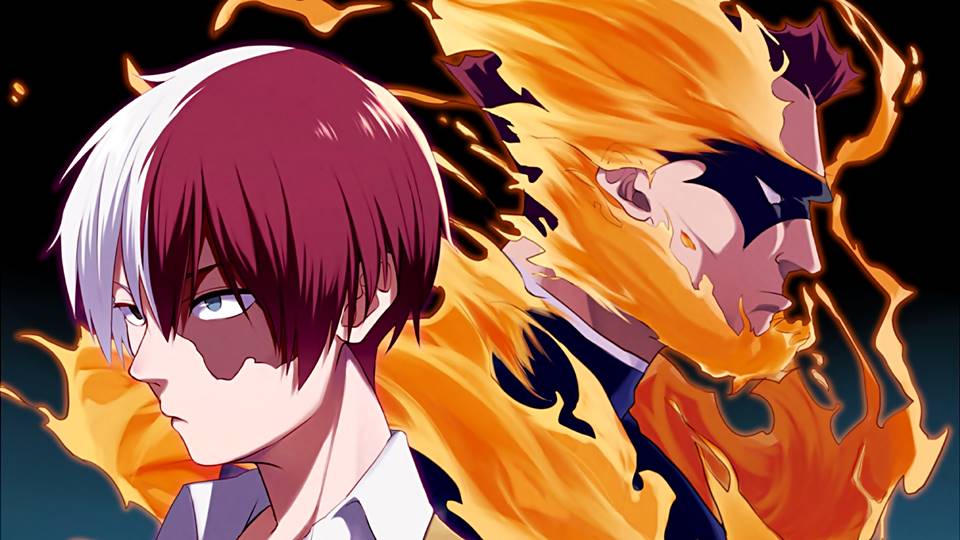 6. Todoroki Shoto’s given name contains the kanji for burning and freezing. “Todoroki” is a common Japanese surname.

7. Along with Yaoyorozu Momo and Honenuki Juzo, he got into U.A. through official recommendations.

9. Todoroki Shoto’s character may be a reference to “Zuko from Avatar” The Last Airbender.
•Both have fire abilities.
•Both have a burn-induced scar over their left eye.
•Both have a cold and distant attitude but become more open and become friends               towards the protagonist.
•Both hate their respective fathers.

10. Todoroki Shoto’s second Hero Costume is designed to optimize the use of both his fire and ice sides in combat, as well as diminish the drawbacks of his Quirk as much as possible.