1 —  In “Sasuke and Sakura Friends or Foes?” Episode During the scene where Naruto Uzumaki and Sasuke accidentally kiss, Uzumaki Naruto’s whiskers are gone. 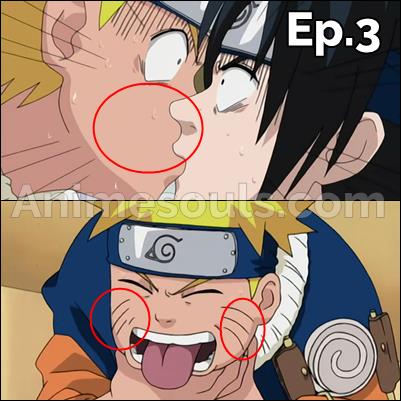 2 — Episode 2 the entire show, the great stone faces of the Hokages change, whether it is looking up, down, facing to the left, facing to the right, and facing forwards. 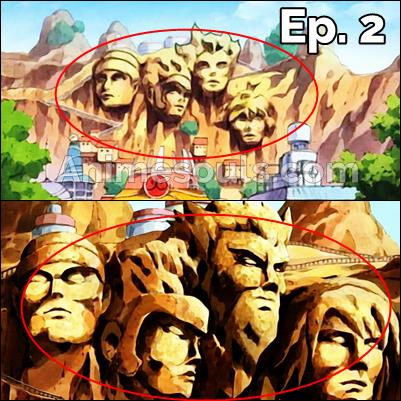 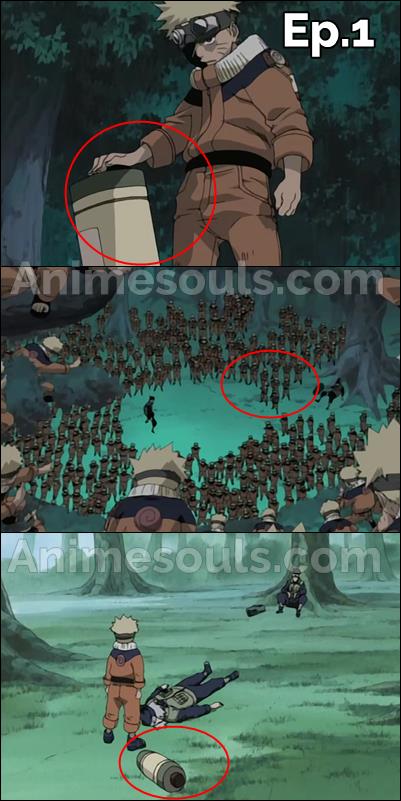 4 — In Episode 1 “Enter Naruto Uzumaki!” When Uchiha Sasuke goes up to perfrom his transformation jutsu, but there is only one student next to Naruto Uzumaki. In the next shot Naruto Uzumaki is in between two students. 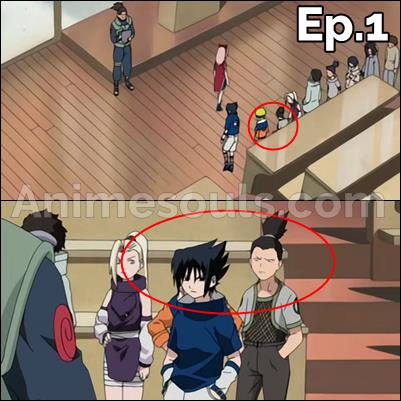 5 —  In Episode 1 “Enter Naruto Uzumaki!” During the confrontation scene with Naruto Uzumaki, Iruka Umino and the Mizuki, watch the shoulder of Iruka’s vest. First, it’s pinned to the house wall behind him after Mizuki first attacks. When Iruka Umino first yells at Mizuki not to tell Naruto the truth about his past, his vest is free from being pinned, yet when Iruka yells at Mizuki the third time to stop, his vest is again pinned to the house wall and Iruka Umino rips the shoulder of his vest out from the kunai that pinned it there. 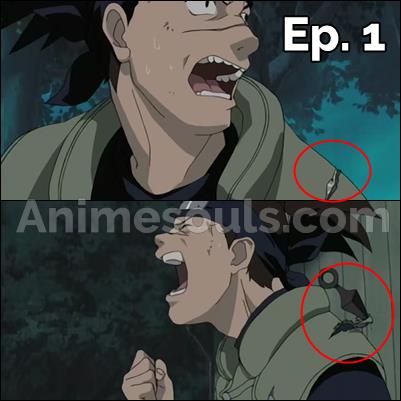 ON NEXT PAGE ⇒