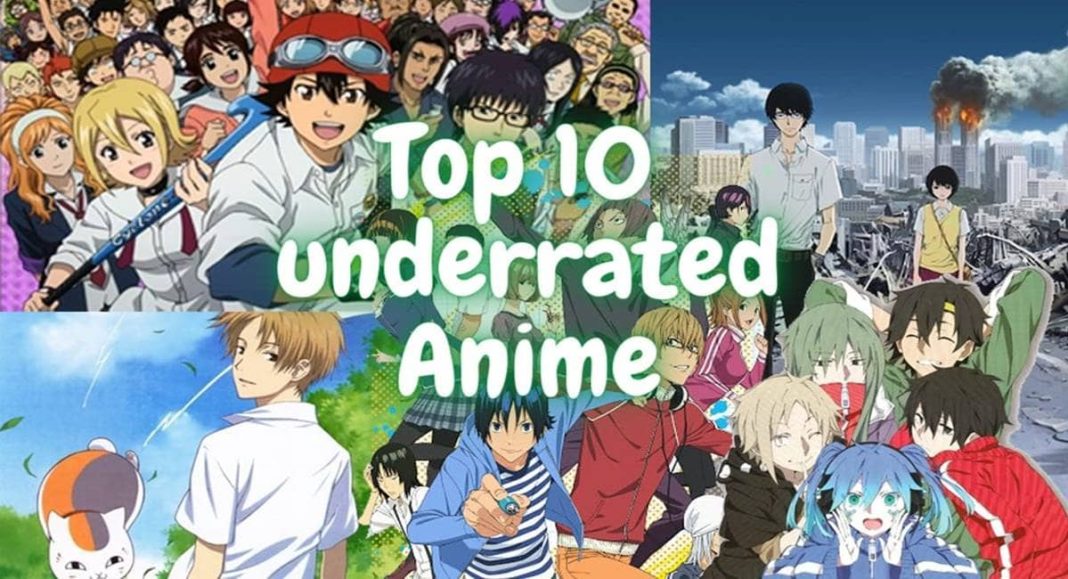 Top 10 Underrated Anime Series that one should Watch

Underrated Anime: We’ve looked at series known for their story elements, animation style, and other unique elements for this list but haven’t received the massive attention they deserve. It seems to be churning out an almost constant stream of critically acclaimed anime, more than anyone interested in the art form will have enough time to consume.

As a result, some find their way to virtually universal popularity. Naruto’s saturation of pop culture, the classic status of Fullmetal Alchemist: Brotherhood or Neon Genesis Evangelion or the currently widespread appreciation of My Hero Academia are some examples that have impressed a large fan base.

But not all good anime spend their time in the sun. With so many produced, broadcast, and constantly competing for viewers, there will be some gems sneaking through the cracks. So if you’re looking for underrated titles to dive into, try something on this list.

Can you turn your blood into a weapon? Then you would fit in here. The protagonist Ganta is a high school student accused of murder in his entire class and sent to Deadman Wonderland, a private prison, and a theme park. This series is packed with so many twists and turns that you can get lost in jail. A fascinating but confusing story, this twelve-episode series ends too quickly and makes you want to take another ride. Trust us.

Mushi is an ethereal being that thrives on all living things and comes in many different forms. It takes a mushi master to protect ordinary people from the harmful effects they cause. The protagonist, Ginko, is one of these men. Unlike the other entries on our list, Mushishi is a fun and artistic series with an episodic structure, so each episode is its own encapsulated story.

We are not the only ones who acknowledge this show, as the series continues to win awards and accolades from fans and critics alike. More people need to check it out.

Are you looking for excessive violence? Check out our next entry. The series follows a group of Diclonii (diecloneeeeye); Mutants indistinguishable from ordinary people except for two small horns on the head. Everything is kept under lock and key until a diclonius (diecloneeeus), Lucy, escapes in a bloody and naked rampage.

An interesting analysis of the rankings based on minor differences, the series quickly became famous for absurd amounts of fan service and physical and psychological violence. Prepare to be disturbed.

Follow the wolves, and they will lead you to the rescue. In Wolf’s Rain, a group of wolves who have turned into humans searches for a way to paradise, which is supposedly only accessible to wolves. Do you see their situation? Wolf`s Rain does a lot of things well, like interesting characters and beautiful animations. The series has also been praised for its urgency and could be used for a follow-up series.

This series goes unnoticed for its use of a less traditional anime art style. In Red Garden, four teenagers are involved in supernatural murders in and around a fictional version of New York City. The series is heavily influenced by Hollywood cinema and contains many elements of the horror and mystery genre. Although the series was not a huge commercial success in the West, it was popular enough to win Dead Girls’ OVA sequel series.

When you die, sometimes you get a second chance. At the Angel Beats! Mundo, we meet a group of students who have all died in gruesome and disturbing ways but who have been given a new life, alone in limbo. Incredibly moving, this series shows how far people go for their loved ones, and sometimes they deserve a slight relief in the process.

Powerful emotional, but still packed with action and humor, you wish the series had a little more meat. But, remember, it doesn’t have to be so bad to be in Haze Purgatory forever.

As in our previous post, this series is about salvation. Our hero Yusuke Urameshi is a criminal who dies to save an innocent child and revives as an undead detective. Although Yusuke, we learn a lot about what it means to be human. The series reworks many elements of the horror and occult genre and even tries its hand at Buddhist mythology. Yu Yu Hakusho was released during the Dragonball era, quickly forgotten, but is worth reviving.

Here’s an anime that keeps disappearing from our radar. Toward the Terra is an outstanding piece of science fiction that looks at how war and pollution are destroying the earth’s resources and forcing people to colonize other planets.

Oh, and some supercomputers are brainwashing abandoned humanity. Originally shot as a film in 1980, it was expanded into a series in 2007. The series has received much praise for portraying a terrifying and not-so-distant future.

Samurai in anime is never a bad idea. This series focuses on a group of samurai, Mugen, Jin, and Fuu, trying to become the greatest samurai in Japan. This series is unique because it mixes the traditional tropics of fantasy swordsmen with a hip hop set. Who would have thought that alternate worlds could be so radical?

Although Samurai Champloo is greatly overshadowed by similar anime like Inuyasha and Bleach, he brings a unique anime style to Western culture. Samurai Champloo, alongside a soothing plot and story, they have some A rated sword fights. Both of the main protagonists are skilled in swordplay and have given enough reasons to sit back and take notice.

Before we present our top picks, here are some honorable mentions.

Ok, this purification is a bit difficult to describe. Baccano! It follows three intertwined stories that follow different characters and span many years. At first, one might expect the large number of cards to make them underdeveloped.

Each character has a fair amount of screen time and a backstory. Cults, demons, mobs, and murders weave a story that will not be soon forgotten. The Baccano Mutiny can be considered an action-comedy, but there is blood and gore in abundance!