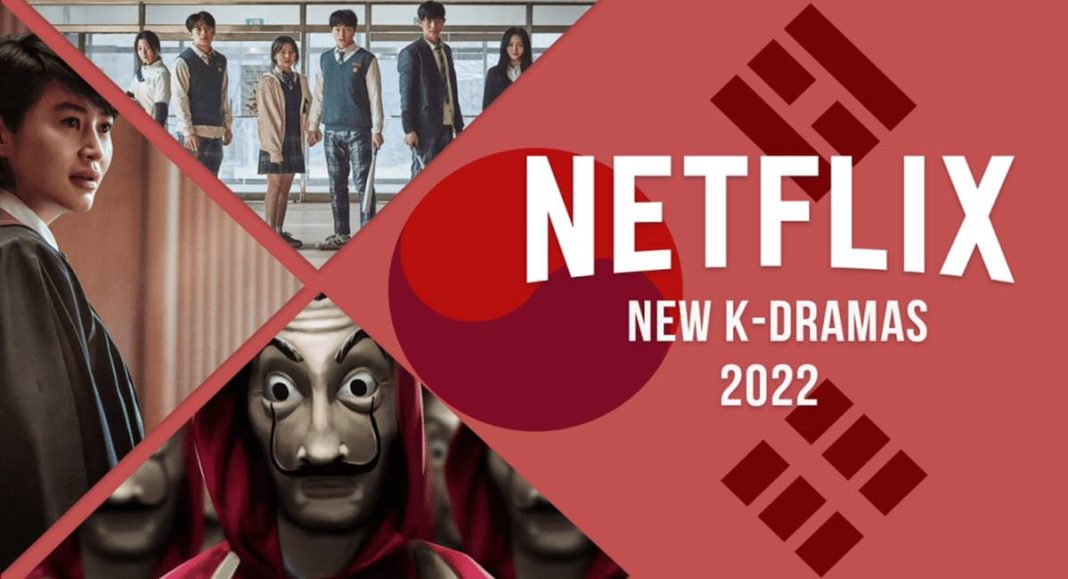 Korean TV shows: Last year the Korean Drama boomed very much and with the help of Netflix it reached worldwide and became more popular than enough. People love to watch it every day but sadly there will be an end to it after they watch everything. But don’t worry if you had watched every k drama, in 2022 more will be coming. Netflix has already released the lineup for upcoming projects of Korean drama.  The upcoming year is going to be great such that there will be shows which will make your heart stop, from Zombie breakouts to heart-throbbing romance which is made only for the viewers such that everyone will be astonished to see it.

Though not released in 2022, it came out late in December when everyone was busy spending time with their loved ones. When a group of scientists along with some soldiers, arrive on the abandoned lunar base to search for something, which is not to be happening on the base. They crash land on the site and with no signal and a mysterious thing hunting them, will they be able to save themselves from all the dangers? Go and watch it now on Netflix.

We all love to watch horror films that show Zombie Breakout. What will happen when we add Korean touch to it, the result is this show. The show tells the story of some high school students who get trapped inside the school when a zombie outbreak happens and there is no way they can leave the school. Find out how students come together to fight the enemy and how they fall in love and manage to come out from this chaos.

We all have watched money heist and we love it. What will happen when the show is made with the Korean feel added to it? The show will feature the famous Park Hae-soo from the show Squid game as one of the leads of the show. The sorry is going to be almost similar to that of the original Money Heist show. If you love watching thriller shows then this will be your pick.

This is more like a romantic or thriller mystery show which is yet to be shown fully by the makers. What will happen when you are left on an island with same-age people like you to find your love in them? The show shows that when a group of people try to find love on the island named Jeju Island. The cast of the show has big names like lee Byung hun from Squid game Hometown cha cha cha’s Shin Min-ah and many others.

The story revolves around, a high school student whose parents have abandoned her along with her younger sister. Their life is hard and she has to do part-time jobs along with her studies to support her sister. Things take an upside downturn when she meets a magician who grants her a wish that she can speed up time and she can grow old. The story is quite good because it shows how a girl is supporting her sister.

6. Queen of the scene

The story is quite funny and based on paranormal activities. When a writer gets stuck in his own story in which there are many characters that are with her and sums who are against her. The story is sometimes comedic and tragic. The show takes her journey to show how she manages to get past all the troubles and gets back into her normal life.

The human mind wants only one thing which Is best in every field. This story is about the workings of the company named Rex, which provides match-making services for wealthy and ambitious clients. The clients want to marry people who belong to a higher rank than them. As many people want the same thing then competition must happen between them. Watch how different kind of people competes against each other to find the best for them and with companies highest social ranking “Black”.

This one is the best suite for those who like to watch action and thriller shows. This action drama thriller is very similar to famous series named “N0arcos”. In Suriname, the main lead named, Park plays as a businessman who gets caught working

with the Korean CIA known as National Intelligence Service to catch the Korean drug lord in South America. The show is very famous are people who like to watch mafia people fighting with each other. Watch how Park helps them in catching the mastermind behind the drug connection in the city.

This one is not similar to other shows which are being aired right now. The show is a mystery and comedy thriller. The show features a girl named, Hong Ji-Hyo whose boyfriend gets mysteriously disappeared in front of him when a flash of light appears in front of him. She searches for him everywhere but finally asks help from the members of the secret community named UFO community to find her boyfriend. It Is Fun to watch how she gets her boyfriend back and what extent she take to find him.

If you are into watching courtroom drama then it is surely on your list. the shows feature Kim, who plays a judge. She doesn’t like those people who defend juvenile criminals because she was once in her childhood a victim of them. The twists and turns happen when she finds were appointed as a judge of Juvenile court her experience changes and she finds how being an adult can be challenging. She has to give decisions respecting and understand everything.

Thanks for reading this Korean TV shows blog.