The Infinite Tsukuyomi is a Genjutsu that traps the entire world in an illusion, enslaving them in a dream so that their chakra may be drawn upon.To cast a Genjutsu of this scale, the user’s Rinne Sharingan must be reflected off of the moon. The exact method of achieving this varies from user to user, in the anime Kaguya Otsutsuki uses Yomotsu Hirasaka to create a portal to a dimension containing a moon, Obito Uchiha produces the Ten-Tails and transforms it into a construct of the God Tree, which has a Rinne Sharingan within the blooming flower at its top, Uchiha Madara, per his Eye of the Moon Plan, flies into the sky and reflects his own Rinne Sharingan off of the moon. 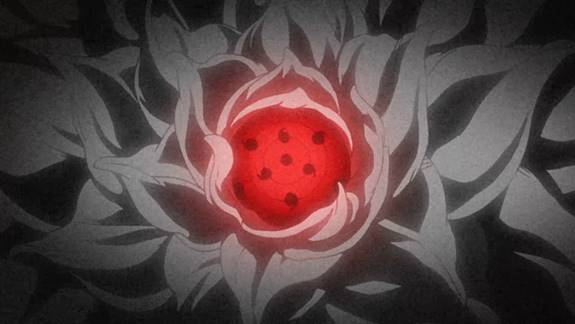 Kotoamatsukami is a Dojutsu that casts a powerful yet subtle “mind-controlling Genjutsu” on the target. The technique allow’s the user to enter the mind of any individual within their field of view, and manipulate them by giving them false experiences and making it seem as if they were doing things of their own free will. It is regarded as a Genjutsu of the highest caliber, due to the victim being entirely unknown that they are being manipulated. As a testament to it’s power, it was strong enough to negate Yakushi Kabuto control over a reincarnated Uchiha Itachi, despite the former’s binding being considered near absolute. After having the crow cast the this technique, Uchiha Itachi noted that the Dojutsu required at least a decade before it could be used again. This period can be drastically reduced through the possession of Hashirama’s cells, even for a non-Uchiha transplanted as observed by Danzo’s use. However, despite the additional stamina granted by the Hashirama’s cells, Danzo noted that this technique still can’t be used multiple times in a single day. 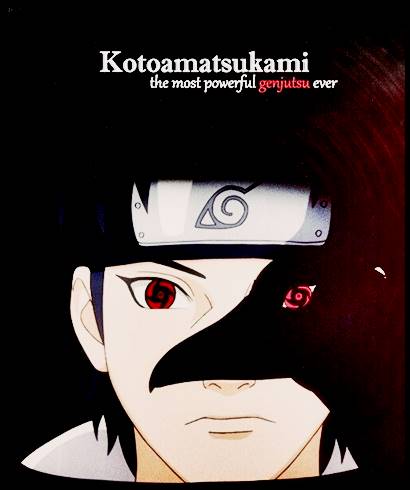