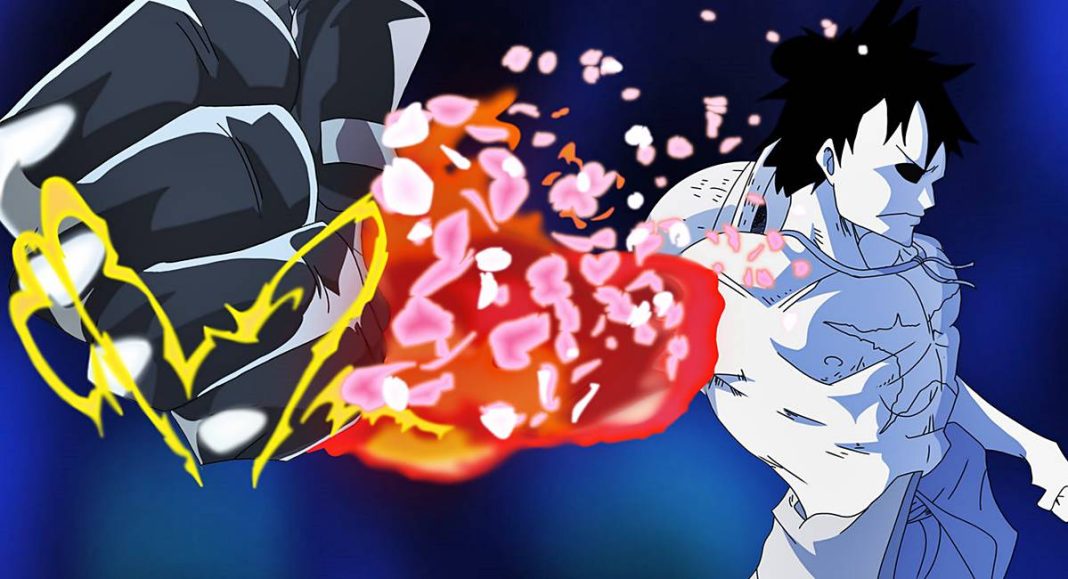 Busoshoku Haki Users: The most significant power used by characters in the One Piece universe, aside from Devil Fruits, is Haki. There are three varieties: Busoshoku Haki, Kenbunshoku Haki, and Haoshoku Haki. In order to carry out a variety of duties, all three enable the user to channel their spiritual force. Just a few million people are born with the ability to learn Haoshoku Haki, which makes it tough for most people to master all three.

This is partly due to how difficult they are to utilize. In this article, let’s see the top 15 Busoshoku Haki Users.

Sabo has demonstrated great mastery over Busoshoku Haki, which he is able to impart into his arm or pipe. Both Diamante’s sword and Burgess’s Haki-infused right arm armour can be broken by his Busoshoku Haki, which is also powerful enough to penetrate Burgess. Sabo’s proficiency with Busoushoku Haki is greater than Bastille’s, as evidenced by the Vice Admiral’s unsuccessful attempt to take him out with sword strikes that were enhanced by Haki. Not only was Sabo able to block the Vice Admiral’s Same-kiri Bocho, but he also quickly and effectively disintegrated the entire blade.

Katakuri’s skill with Haki is highly known as a dependable Big Mom Pirate and Sweet Commander. He is able to incorporate his Busoshoku Haki into his attacks, just like many other Haki practitioners. The Mochi Mochi no Mi, a Devil Fruit, is mixed with his Haki in his most frequent manoeuvre. In their fight, Katakuri boasts that she is an expert with the Busoshoku Haki and that she is more skilled than Luffy.

His proficiency with all three styles of Haki is one of the factors that makes Gol D. Roger so renown. Though he hasn’t yet shown us how to use Kenbunshoku Haki, it has been established that he is at least adept. He is the only who has the ability to employ Haoshoku Haki to enhance the potency of his assaults and weaponry and to produce energy that resembles lightning. Actually, the way he employs Busoshoku Haki and incorporates it into Ace, his blade, is rather similar.

In Wano Country’s Kuri area, Kozuki Oden serves as the daimy. The respect of Whitebeard, Roger, and even Red-Haired Shanks was due to him because he was a strong and venerable man. Oden has outstanding Armament Haki abilities and is a fantastic swordsman. He is so strong and powerful that he managed to kill Kaido, who is invulnerable, with a single blast of Haki through his sword, Enma.

As demonstrated when he used Busoshoku Haki to kick and deflect an attack from Admiral Kizaru, Rayleigh has an exceptionally high level of skill in Busoshoku Haki, enabling him to successfully bypass the abilities of a Devil Fruit user and touch the “substantial body” beneath whatever protection the fruit provides. Busoushoku Haki is a skill that Rayleigh is quite skilled in, and he can employ it to great effect offensively.

One of the series’ most powerful characters is Monkey D. Garp, the grandfather of Luffy. The Rocks Pirates were defeated by Garp’s powerful abilities and legendary cornering of Gol D. Roger. It’s absurd that everything is dependent on his Haki. The best quality is seen in Garp’s armament haki. With just one increased punch, he vanquished notorious pirate Don Chinjao.

Due in large part to his tremendous knowledge of every type of Haki, Whitebeard is one of the One Piece universe’s most powerful characters. On multiple times, he demonstrated his Kenbunshoku Haki, once even anticipating Ace’s movements while he was asleep. He was unable to foresee Squard’s treachery since as he aged, his forecasts grew less accurate. He infused Busoshoku Haki into his sword Murakumogiri, which enabled him to contend with strong opponents like Kozuki Oden, vanquish Crocodile, and outduel Ace more than 100 times.

Big Mom is a really skilled Busoshoku Haki practitioner. Hardening her arm allowed her to successfully block Luffy’s Gear Fourth Kong Gun, which is an amazing achievement considering how well-trained Busoshoku Haki users like Doflamingo, Cracker, and Katakuri are at using Busoshoku Haki defences based on their formidable Haki attacks.

Busoshoku Haki is something that Luffy has become exceptionally proficient at. Strong Busoshoku masters like Doflamingo, Cracker, and Katakuri were unable to properly fight against his strikes because of his Busoshoku Haki’s fortification when it was further concentrated and condensed in his Boundman and Tankman forms.

Even Trafalgar Law cannot move Kaido with his Op-Op Fruit due to the might of his Haki, which is impressive. Although it isn’t frequently necessary because most attacks can’t harm him, he can use Kenbunshoku Haki to anticipate deadly attacks. He is also able to discern whether distant individuals are still alive by listening to their voices.

Although Roronoa Zoro is mostly a swordsman, he is a master of the Haki and is capable of using all three forms, including the uncommon Haoshoku Haki. He initially was unaware that he could employ this version of Haki;

it wasn’t until he employed Kyutoryu against Kaido that everyone became aware of Zoro’s prowess. His area of expertise is Busoshoku Haki, which he honed while receiving instruction from Mihawk. His strength eventually reached a level where he could strike Kaido and wield the haki-draining sword Enma.

Only once, but it was in a very stunning way, has Shanks been observed employing Busoshoku Haki. He stopped Akainu from attacking directly at the final end of the Summit War despite the latter’s magma qualities. Shanks can preserve his primary weapon by infusing it with Haki.

Yamato is one of several new characters that the Wano arc introduced, and he has already won over the hearts of the audience. She is the daughter of Kaido, who bestowed upon her extraordinary power and prowess. Her Busoshoku Haki use particularly sticks out. When fighting, Yamato frequently employs Busoshoku. In the majority of fights, this offers her a strong defensive and offensive advantage.

Boa Hancock is endowed with a variety of skills, and her mastery of the Busoshoku Haki is just one of many. Her employment of Haki guarantees that she is a multi-faceted opponent who is extremely challenging to defeat because to Hancock’s Mero Mero no Mi. She demonstrated all of her skills in the fight she had with Smoker in Chapter 559.

Law is a character who never fails to surprise and consistently demonstrates that he is among the most capable in the entire series. This is attributable to his tactical outlook, but it also stems from his outstanding command over Haki. Law has used his Busoshoku Haki, which is his most advanced move, against a number of formidable opponents.