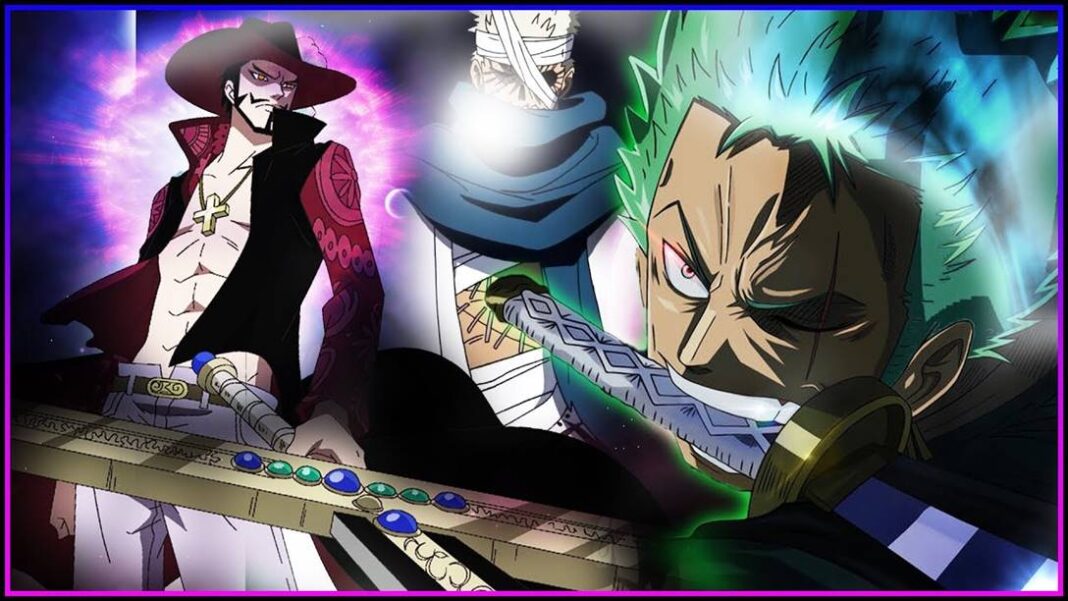 Could either be translated as “3000 Worlds” or “The Entire World/Universe”, this is San Tou Ryuu’s succession technique. He just spins his two swords on front of him, charges and then ends up in a bend position with one sword in front and one behind. 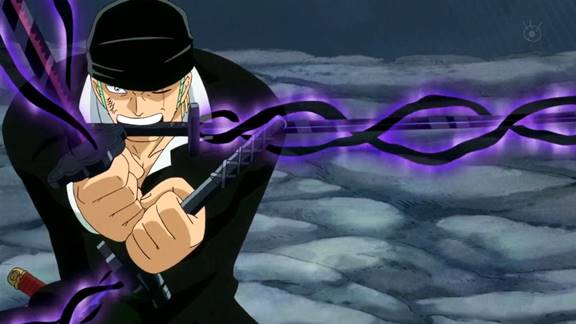 It is Zoro’s most common moves. He starts with a sword in each hand and one in his mouth, and he crosses his arms. He charges and performs two horizontal slashes at the same time by uncrossing his hands. The so many of the attack is that if we reads “Onigiri” (all together) the meaning is {rice ball}, in memory to (Rika). 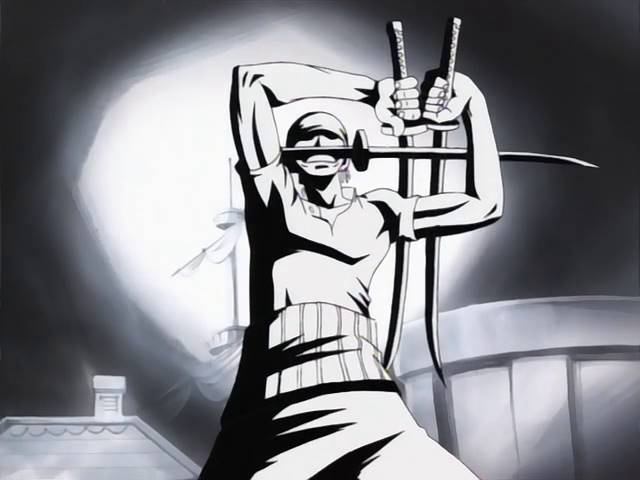 3 -> Shishi Sonson (Lion Song Song)
This is an (one sword technique) Ittou Ryuu , Iai attack. Iaido is a very quick style of swordsmanship that consists of four parts drawing the blade, killing the opponent, shocking the blood off the sword and returning the sword to its sheath. 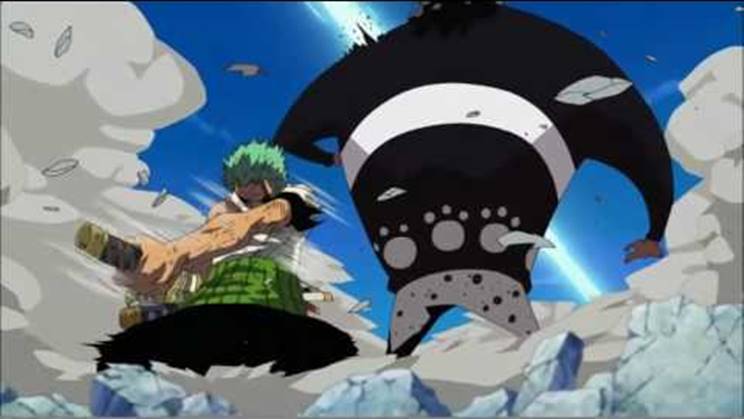 4 -> Tatsu Maki (Dragon Coil)
This technique makes no sense what’s oever. A sword in each hand and his arms are stretched out. there’s also the sword in his mouth. Now, he just spins, creating a maelstrom that is able to send opponents flying and bleeding. in “Tatsumaki” (all together) that means “Tornado”. 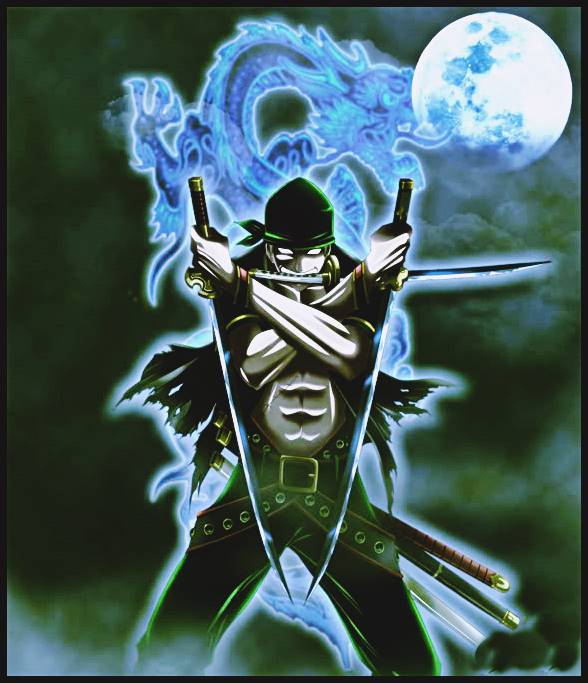 5 -> Kiki Kyuutouryuu Ashura (Demon Spirit Nine-Sword Style Asura)
Zoro’s strong spirit turns him into a nine arms and three faces demon. An Asura is a demon/demigod that appears in both Buddhist and Hindu mythologies with the same appearance that Zoro gained. 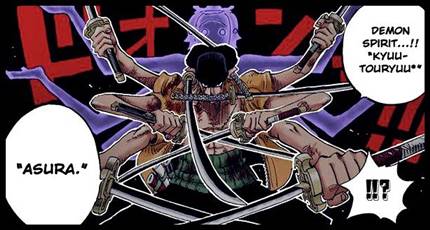