Strength in the anime is very diverse. In addition to the ability of a “standard” such as using elements of water, fire, and so on, there is also an anime character who can manipulate the blood of both his own blood, other people, and surrounding areas.

Esidisi is one of the Pillar Men, and one of the antagonists in the series Battle Tendency. He is Pillar Man with the second highest rank after Kars. His name is inspired by the Australian rock band, AC / DC. As a Pillar Man, Esidisi can only die if his brain is destroyed. Flame Mode is the mainstay Esidisi stance, using Flame Mode where he can increase his body temperature to heat the blood to 500 degrees Celsius and then threw it out, melt anything that affected his blood. 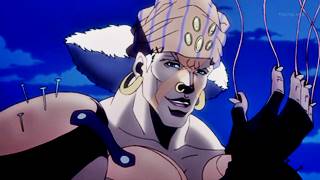 Arystar Krory or Aleister Crowley and the Exorcist III is Anggita European Branch of the Black Order. Krory is a baron who spent most of his life by hiding in the palace of his grandfather, and is believed by residents of nearby villages as a vampire. Krory can use the blood to cover part of his body, especially on his hands, with blood hardens to protect the body and increase their power. 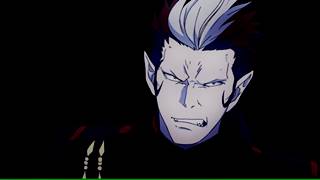 Crona is a dangerous antagonist in Soul Eater who was raised by a witch Medusa. Endowed with the Black Blood, Crona unorthodox fighting style but deadly. Crona also the sword that is reliable and holds the only sword demon in Soul Eater, Ragnarok. Crona blood has been completely replaced by Black Blood protecting Crona of attacks and give a healing effect. After absorbing Kishin Asura, strength and control rapidly increasing blood Crona. 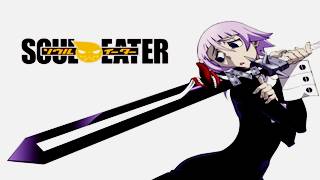