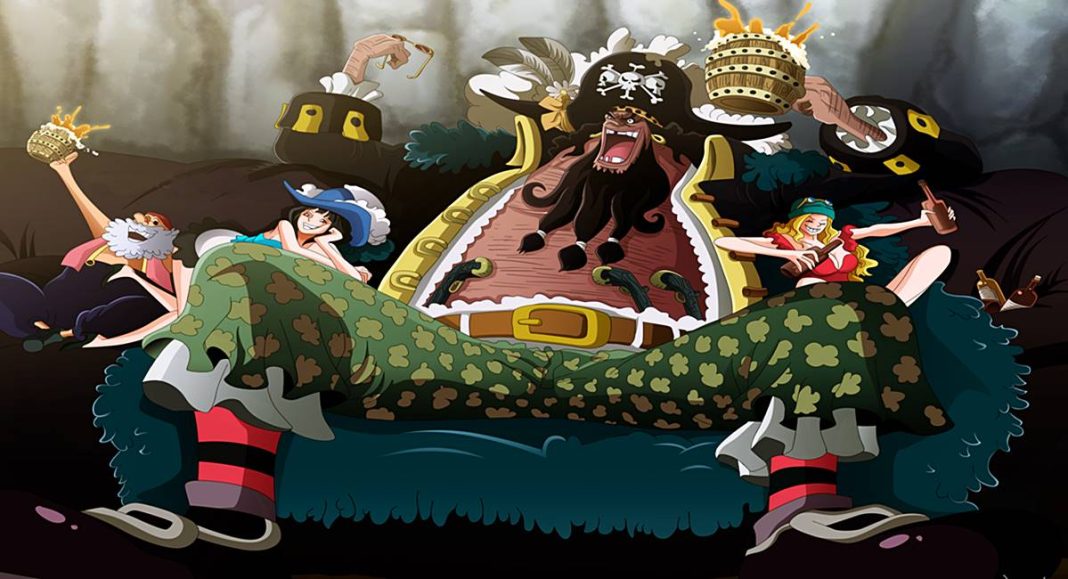 One of the Four Emperors who rule the New World is Blackbeard. He remains one of the series’ most enigmatic characters. Fans can’t wait for additional information about one of the most nefarious pirates to be released. In this blog, we’ll go over ten facts about Blackbeard that we might not know.

Blackbeard, despite his violent look, is a wise guy. He’s already demonstrated his cleverness on multiple occasions. He’s shown to be a fox’s cunning. Blackbeard had meticulously plotted his ascension to the rank of Yonko. Thatch was killed after obtaining the Yami Yami no Mi fruit, and it all started there. Every move Blackbeard made was calculated. Teach earned the title of Yonko after conquering the Whitebeard Pirates’ remnants following the Paramount War. Blackbeard, according to Oda, enjoys archaeology, which further adds to the intrigue surrounding his character.

Even non-anime fans are familiar with Blackbeard’s name. And this is due to the fact that there was a real-life pirate named Blackbeard. Edward Teach was a notorious pirate who scared the seas with his name. Blackbeard’s entire name in One Piece is Marshall D. Teach, and the character solely shares his surname with the historical figure. Oda is notorious for making references to real-life pirates in One Piece, so Teach’s resemblance to He is unmistakable. In the series, He has already ascended to the rank of Yonko in a short period. He will undoubtedly play a significant part in the future of One Piece.

The Blackbeard Pirates are led by Blackbeard, who is the leader of the crew. To acquire entry to Impel Down, he needed to gain the post of Shichibukai. At Banaro Island, Blackbeard battled and defeated Ace. Teach kidnapped Ace and delivered him over to the Marines after their combat. As a result of this, the Marines recognized Blackbeard’s might and appointed him as a Shichibukai. Before that, He was relatively unknown and so had no bounty. As a result, he was the only pirate without a reward who became a Shichibukai.

One of the series’ most recent surprises is this. As we all know, He hails from the land of the ice. Shanks noticed that Blackbeard hadn’t slept at all during the conflict between the Roger Pirates and the Whitebeard Pirates. In the manga’s Chapter 966, Buggy re-emphasized this idea. Teach had remained awake during the combat, revealing that his body isn’t completely normal.

Only He has eaten two devil fruits in the entire series. No average person could eat two devil fruits without dying, yet He managed to do so and live to brag about it. The Yami Yami no Mi was the first demon fruit, and the Gura Gura no Mi was the second. Because of his unique body, he was able to do so. Blackbeard’s body, according to Marco, is not that of a normal human. During Blackbeard’s fight with Ace, it was clear that he could take a lot more damage than the average human. These aids Teach in dealing with the Yami Yami no Mi fruit’s flaws.

When He arrived in Marineford after freeing captives from Impel Down, he stunned the whole One Piece colony. He traveled to Marineford with his new crew members to carry out the next phase of his scheme, which required taking Whitebeard’s devil fruit. After enduring a battering from Whitebeard, Blackbeard just made it out alive. He only manages to kill Whitebeard with a flurry of pistol fire thanks to the united efforts of his crew. Whitebeard’s Gura Gura no Mi was somehow stolen by Blackbeard. He is the only individual known to have two devil fruits.

Saber of Xebec is the name of Blackbeard’s ship. This may appear innocuous, yet it has sparked speculation that he is linked to Rocks D. Xebec. Many ideas have been proposed that link Blackbeard to the Rocks Pirates’ leader. While nothing has been proven, it seems improbable that Eiichiro Oda, the mangaka of One Piece, would make such a relationship and then abandon it.

Blackbeard is a mysterious figure. The manga’s most recent chapters focused on Blackbeard’s first days as a member of the Whitebeard Pirates Teach was still a child when he joined Whitebeard’s crew, who had recently landed in an ice region where they discovered Blackbeard. Whitebeard, who had a soft spot for orphans, took Blackbeard in right away The country of origin of He offered yet another detail about the infamous pirate.

Blackbeard was a member of the infamous Supernovas’ Worst Generation He didn’t have a huge bounty, but he was unquestionably the most powerful of the Worst Generation After capturing Ace, Blackbeard’s notoriety skyrocketed He was attempting to kidnap Luffy to take the rank of Shichibukai for his gain. Instead of Luffy, he kidnapped Ace and gave him over to the Marines.