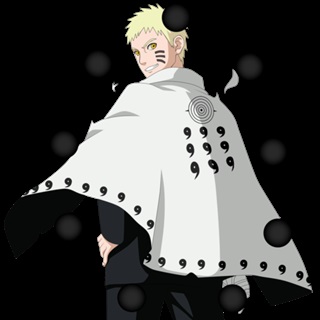 so, I was reading the Naruto manga and saw Zetsu shooting some kind off black receivers, just like the rinne’s, at Sasuke. I was kinda intrigued, cuz I had forgotten about that scene. I thought to myself so black Zetsu is made of the same material as a tsb? so I looked some stuff up. I remembered about Obito using Zetsu’s body as a tsb once. I looked that up to and found out that he used sp chakra to make that orb. so I, though. for one to make a tsb they need all 4 type chakra natures, sp chakra, sage chakra and the material that the black receivers are made of. The rinnegan users make them. and The rinnegan users have, by technicality, sp chakra. but sp chakra just doesn’t make tsb. they need some other type of chakra. either the sage chakra infused sp chakra or tt chakra infused sp chakra. but then again, it’s chakra is sage as well. so do u need the chakra of a bijuu or the chakra of a sage? I guessed at the end, that either will work. Naruto, hagoromo, Madara, asura, and Obito got it from sp senjusu. Madara and Obito both got it from tt chakra. Naruto kinda did as well. after all, I just talked about, I came to the conclusion that to make tsb, u need all 4 type chakra natures, and either sage chakra or bijuu chakra. but then I got confused. do u need the rinne as well? Naruto and asura didn’t have any, but then again they have 10 tsb, like the rest.

but the receivers weren’t fired at Sasuke by Black Zetsu, they were actually fired by Madara out of Obito’s right half while it was coated in his will an ability Madara apparently had which was never mentioned and explained again after that scene, unfortunately.As for the relationship between the Rinnegan, TSB, black rods and Black Zetsu, it’s really complicated and the unclear. We’ve seen rods created both with and without the Rinnegan, but they are apparently related in some way. Madara claims the rods and the Black Zetsu are both made of his will, but we later find out he’s wrong about Zetsu. They also seem related to the white substance Madara made using Hashirama Senju cells since they come out of Hashirama Senju clone and Obito’s right half several times. And Obito turned a Truth-Seeking Ball into black rods (or something that looked like them) one time, which is weird because he could just create roads the normal way if he wanted to. Then the databook refused to give a technique entry for both the black receivers and “will materialization”, which was pretty much the last hope for clarifying this stuff.

It doesn’t seem to me like Madara implanted actual rods in Obito’s artificial half so much as he infused it with his will itself, which allows him to grow rods out of it need be. At least, that’s what I took away from that scene where Obito’s right half turned black. Though we’ve also seen Obito deliberately generate rods from his right hand to use as weapons.

So, some slightly outlandish theories based on looking back on all this stuff:

“Will Materialisation” is a Yin—Yang Release technique. It can produce black rods as well as living beings like Black Zetsu, meaning they are made out of the same material in different forms.
The reason Madara and Obito could create rods without the Rinnegan is because they both had Hashirama’s cells or the power of Uchiha and Senju in one. Obito’s explanation of Izanagi to Konan seems to imply that Senju + Uchiha power is a requirement for using Yin—Yang Release, though arguably this was retconned when Izanami was introduced. This also assumes that just having the Rinnegan can grant Yin—Yang Release like in Nagato’s case, which is implied by Jiraiya’s “six natures” line from the original printing of the manga.
We know Truth-Seeking Balls contain the five natures in addition to Yin/Yang Release. So maybe if you add the other natures to the black material, it transforms into the TSB, though only those with Six Paths Senjutsu or the chakra fruit’s power can do so. This could be why Obito was able to turn part of Black Zetsu into an orb after stealing Six Paths Senjutsu chakra from Madara, but it doesn’t explain why they are a finite resource, though.
Though even if that were all true, it still doesn’t explain everything, like why Obito would bother turning a TSB into receivers or what the Demonic Statue did to Nagato.