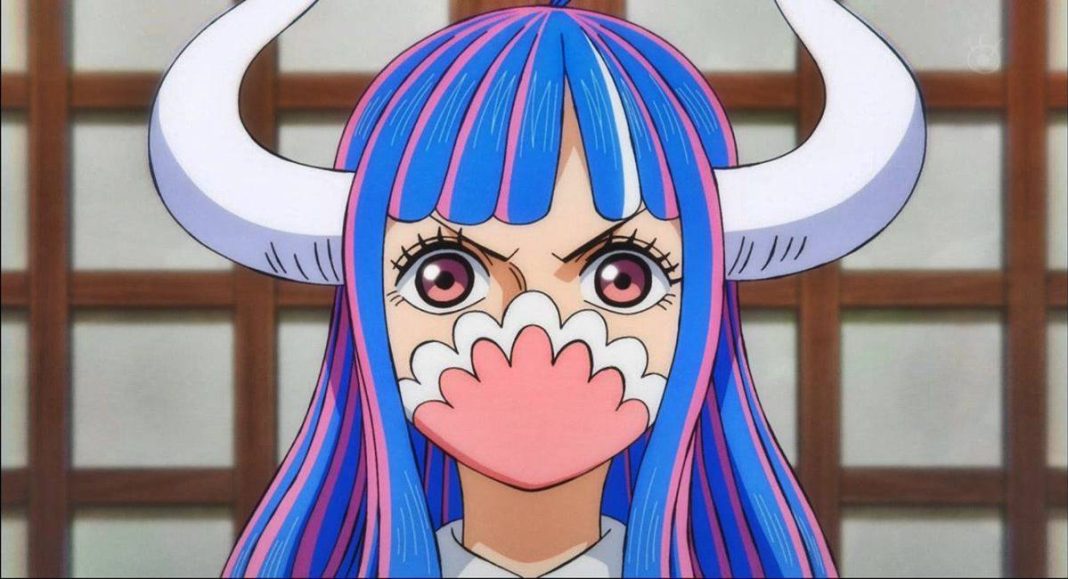 Top 10 facts about ulti from Tobiroppo one piece 2022

Ulti Tobiroppo: Hello friends how are you all? I hope You are doing great. This blog Is about one more character from the anime One Piece named, Ulti. Ulti is One of the members of the Tobi Roppo, the six strongest shinuchi of Beast Pirates. She is also the elder sister of another Tobi Roppo member named Page one. She Is one of the most powerful members of the Tobi Roppo. Due to her actions and past behavior she is also the Antonogist In the Wano Country Arc. Also here are some interesting facts about her.

Ulti is one of the Female members of the Tobi Roppo and also she is also one of the most important female villains in the anime. She is a young woman with normal height and a good complexion. Her hairs are blue and pink in color which falls just about her shoulders.  Also to make her more devilish she has horns grown on her head.  She has eyes that are large and with long eyelashes which ahs white irises. Her chin and mouth area is covered with a mask that hides her lips and face area.

Well talking about her personality she has been shown as a very rude and short-tempered person. She gets annoyed very easily which is shown in her personality also no one wants to get in a verbal argument with her since she s very harsh and sometimes comes to even violence when asked about anything personal. Her personality is not very pleasing since sometimes she tends to show friendly behavior with her known person.

There are many instances that show that even her seniors remain to keep her away from themselves. Like even Kaido and Queen both are against her. she doesn’t even care about her boss Kaido and also she has been seen that she doesn’t fear anyone even to her Tobi Roppo fellow who is senior to her. Whenever she meets kaido she generally meets him with a high girly voice tone and shows no respect towards him.

Ulti is shown to have a merciless attitude towards her opponents and always kills them brutally. She is merciless that she doesn’t even care to kill even a child if he gets in her way. She just attacks her enemy in battle without any mercy quickly. But she also is quick in her decision-making and also keeps her guard up, which is evident when she fought with Monkey D Luffy and crushed him under. Her calculating power is seen when she kept her Haki under a watch when everyone was just wasting their power.

Though her childish behavior shows her like a person who doesn’t care about anything. She uses her Haki well when in a fight thus she is a calculative person. Even in the past to survive in the crew, she stole two Devil fruits from Kaido, which he gave to her brother and herself and they got the necessary power to survive. And she also behaves vengefully when someone says wrong against her brother. She seems to grow angry and swears to get an act of revenge from them sooner or later. She always cared about her family and deserves what she got.

As we all know that Ulti and Her brother are the youngest on the crew and that is why their behavior is very childish. And also they are known to have looked as Brats by their fellow members of Tobi Roppo and as well as by the All-Stars. When her seniors pass remarks on them they just ignore them and sometimes she also replies to them very rudely.

Ulti is the older sister of Page One, who is two years younger than her. She Is very protective of him. She was the one who gave him  Devil Fruit so that they can survive in this cruel world by becoming more stronger. Though she behaves with him politely, when agitated she can also turn violent even against her brother just like the rest of the crew. But she Is very attached to him. She behaves like a childish person when around his brother especially.

Ulti ate the Devil fruit named Ryu Ryu no Mi, an ancient Zoan Type Devil Fruit that allows her to turn her into pachycephalosaurs. She is in this mode she is like a beast in that form but also takes her opponents well after going against them. When Luffy fought against her, he was merely able to stand against her in this form. When she is turned into this form she manages to gain A thick skull plate on her head which is helpful while head-butting an enemy.

Ulti like other Tobi Roppo members can also use Haki against the others in this form. This allows her to strengthen her head to create a powerful head butt. She wields A sharp spiked, yellow Morning Star-like club. This weapon comes in handy when she fought against The Kanabo Wielding Yamato and thus makes her attack more dangerous.

A. Like other members of the Tobi roppo is also named after a Hungarian Card game of the same name.

C. She also has a Habit of ending the sentence with a fancy word of her own which is quite different from other members.

D. Her favorite food is Tornado Potatoes and the only member to doesn’t have a Tattoo.

E. Her mask is always show covering her face which is quite interesting as well as mysterious.