Home ANIME Understanding how Saitama Removed his Limiter & why his three years training... 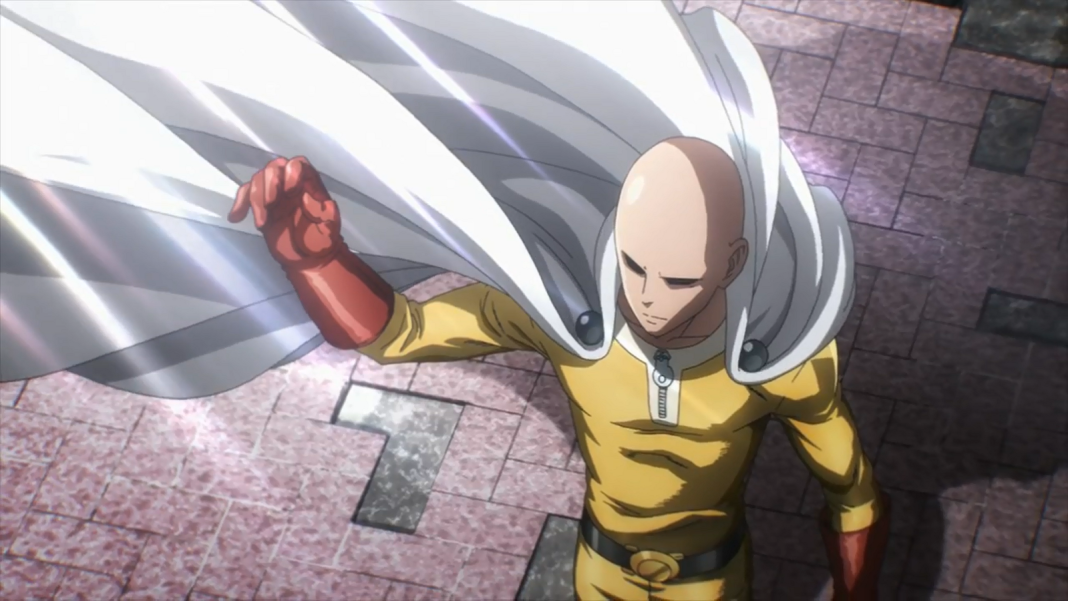 There’s a school of thought in the OPM Fandom that totally believes Saitama’s 3yrs daily training regime of 100 push ups, 100 sit ups, 100 squats and 10km run can be completed easily by the likes of Darkshine, Tanktop master and Puri-puri prisoner. While this is understandable, it is in fact very untrue. In this article, we’d be examining the circumstances surrounding Saitama’s training routine in order to fully understand just how he removed his limiter and acquired overwhelming power.

In Manga chapter 11, Genos strongly refuted Saitama’s claims of getting strong due to the fitness routine above. To him, that was just some regular training anyone could complete. He believed there was more to it. But here’s an interesting question.. Genos was not a scientist nor was he a fitness expert. How then could he have known that the fitness regime wasn’t hard when he himself was a Cyborg and had never attempted it before as a human?

The answer is simple! Genos’ refute was solely based on pure disbelief of Saitama’s claim. Same as Carnage Kabuto and Dr. Genus in the same chapter. Later in chapter 17, Genos stated that even Saitama himself can’t explain the secret of his overwhelming strength and hoped to get a clue by battling him. What Genos however did not know was that there are specific mechanisms and processes of REMOVING one’s LIMITER. Thanks to Gyoro Gyoro and Dr. Genus in chapter 89, we came to know this for a fact.

Gyoro Gyoro explained to Phoenix Man that he sent Royal Ripper and Bug God after Garou with the sole intention of forcibly stimulating his growth. In his words, “This is a test of his dedication.. First, he must suffer so both body & soul become a wreck”. Later in chapter 94, Gyoro Gyoro enumerated to Garou that in a desperate attempt to break the LIMITATIONS of the human body, he experimented with many different methods but had no success.

Gyoro Gyoro however came to discover that to break one’s limits via MONSTERIZATION, an individual “must repeatedly overcome death through extreme challenges to body & soul”. According to him, overcoming death brings about “advancement to a higher stage, with each time resulting in exponential growth”. These findings turned out to be true as Garou’s LIMITER ‘started to break’ in his battle with Darkshine in chapter 126.

Saitama went through the same process to REMOVE his LIMITER with the only difference being the extremity and duration of his methods, as well as the state of his heart while doing it. From Dr. Genus’ explanations in Manga chapter 89, we can conclude that while Garou’s evolution is founded on rage, malice, and the powerful desire to be the best, hence MONSTERIZATION, Saitama’s powers came through sheer physical effort and desire to be strong enough to protect the weak as a Hero.

Let’s now examine the reason why Darkshine, Tanktop master, and others can’t hope to complete Saitama’s fitness regime as well as the reason why Garou’s limiter can’t be removed just yet.

1. Saitama had no fighting talent or any tutorship prior to starting his fitness regime. He didn’t even have a job. He was just an ordinary human with an intense desire to be strong. Garou on the other hand was a martial arts prodigy and was trained from childhood by Bang. This means his body & mind were already accustomed to pain and strain before the start of his evolution.

2. Garou’s hero hunting and his experience of near-death situations leading up to his evolution has only been for a few weeks and so is a far cry from what Saitama experienced during his 3yrs of grueling training. Garou would need to suffer longer to remove his limiter completely.

3. Saitama didn’t just do 100 push-ups, 100 sit-ups, 100 squats, and 10km run without meaningful rest every day for 3yrs, he was fighting monsters in between as well. This meant that the pain, strain, and stress levels were unfathomable. Darkshine, Tank top master, and Puri-Puri prisoner were not fighting monsters while they were training. They, first of all, completed their training before going into Hero work.

4. Saitama ran a staggering distance of 10km every day for 3yrs. For those who don’t understand what that is, a 10km run is the equivalent of a 10,000m race ran by athletes which requires that you run 25 times round a standard Olympics stadium track. These long-distance races demand exceptional levels of aerobic endurance, and elite athletes typically train in excess of 160 km (100 miles) a week to be able to compete. Saitama did this along with three other calisthenics every day for 3yrs without any meaningful breaks!

B. On the other hand, Darkshine, Tanktop Master, and Puri-puri prisoner are Bodybuilders, not long-distance runners. Their entire weight training regime is founded on building strong, big muscles and bones. A large contrast to the training routine of long-distance runners. And so, because Bodybuilders have little to no aerobic endurance training, they’d quite literally collapse if they ever try to run a distance of 10km talkless of doing it EVERYDAY FOR 3YRS.

This is in fact the key reason why Darkshine, Tanktop master & Puri-Puri Prisoner can’t complete Saitama’s three years training regime. The only character who might come close is Bang, who’s been shown to possess immense stamina & endurance levels. He’s also stated to be able to run a few dozen kilometers before tiring out. But considering his age of 81, completing Saitama’s routine will be a death sentence for him.

In conclusion, Saitama’s training was far too extreme. It’s something that can never be completed by an ordinary human without staring death in the face. After completing it, all limitations to his body systems shattered to pieces. This is why his show of strength broke a genius like Dr. Genus and caused him to retire.

I end by quoting a comment of a seasoned OPM fan.

“Every time Garou evolves, he gets a new LIMIT. This is the reason why he can’t seem to get close to Saitama. Let’s use a JAR as an example. Every time Garou gets a power amp and transforms, he becomes a BIGGER JAR that holds MORE POWER. What Saitama did was to BREAK the JAR PERMANENTLY and the infinity of space became his new JAR. Garou BROKE his LIMITS but Saitama REMOVED his LIMITER completely. LIMIT is decided by the LIMITER. Once the LIMIT is broken, the still existing LIMITER will design/set a new LIMIT. Without a LIMITER, no LIMIT can be established. And so the person becomes LIMITLESS with nothing stopping them from achieving INFINITY.” -Ángel Eleison