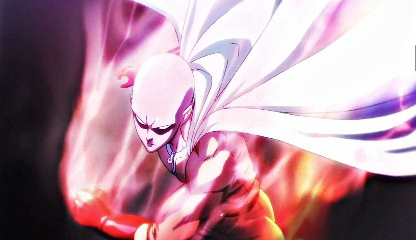 While this topic is nothing new to the Fandom, there’s been a long-time debate about Saitama’s indestructibility. Most especially with regards to him being ‘HURT’ by extremely powerful attacks. The release of Manga chapters 165 & 166 particularly renewed debates on this topic after Saitama looked to have been ‘HURT’ by Garou’s extremely powerful Nuclear attacks.

A school of thought in the Fandom believes that the scratches that appeared all over Saitama’s body after these attacks are an indication of DAMAGE. Another group disagrees, arguing that these scratches were just DIRT or DUST which doesn’t translate as being hurt or damaged. While these arguments are indeed very much sensible, the true answer lies somewhere in between the divide.

To understand Saitama’s Indestructibility, it’s important that we fully examine what actually constitutes it. And that’s durability(toughness), healing, pain tolerance, and pain threshold. In this post, I’ll be elucidating on these four major components as they relate to Saitama. Please read on patiently.

First off, here’s a quick question that has generated a lot of heated debates in the Fandom since the release of chapters 165 & 166. Was Saitama HURT or DAMAGED by Garou’s Nuclear attacks? The answer is YES. HE WAS. Was this DAMAGE serious? NO IT WASN’T. Let’s look at why that is..

In Saitama’s battles against the three most powerful villains in the entire series, namely Boros, Orochi, and Cosmic Garou respectively, what always appears on his body after taking extremely powerful attacks is something that looks like SCRATCHES. Regardless of how superficial and insignificant they are, SCRATCHES are still a type of ‘DAMAGE’ to the SKIN SURFACE if we go by the medical definition.

Morever, Saitama is human and is made up of FLESH not diamond or Strong fictional metals like Vibranium, Uru or Adamantium. Funny enough, even metals can be SCRATCHED. And so, just as we saw with the attack of the pet, Torako in the extra chapter ‘Lost Cat’ and with the attack of the dragon level monster Nyan in Manga chapter 111.5 respectively, Saitama’s skin is still very much susceptible to impact. That said, can we then conclude that because Saitama’s skin is susceptible to impact, he can be injured or wounded? NO. HE CAN’T. Saitama’s 3yrs of daily grueling physical exercise completely shattered all limiters to his body systems. This includes his Immune, Musculo-Skeletal & Nervous systems, three of which are principally in charge of controlling durability, healing, tolerance and threshold for pain. Let’s look at them.

Pain threshold is simply a point or duration of a stimulus in which an individual feels pain WHILE Pain Tolerance is the maximum level of pain that a person is able to tolerate. The temperature or point at which pain is felt varies from person to person. But according to research, the average human skin begins to feel pain at a temperature of 111°C. At 118°C, human skin will sustain first-degree burns. A second-degree burn injury can occur at a temperature of 131°C.

DOES SAITAMA REALLY FEEL PAIN? AND AT WHAT LEVEL DOES HE FEEL PAIN?

The answer is YES. Saitama DOES feel pain at certain levels. There are two steps to feeling pain. The Biological step and the Neurological step.

The Biological step involves the feeling of headaches or the prickling of the skin that activates the pain receptors. In Manga chapter 115.5 (Redraws of chapter 108), Saitama felt pain after he took a dip in the Earth’s core magma. However, he quickly adjusted to the pain and shrugged it off. It’s important to note that the molten magma in the earth’s inner core is just as hot as the Sun’s surface with a temperature of 6000°C. This level of heat can completely burn away a normal human but this was the point in which Saitama began to feel pain.

The Neurological step involves the Brain’s perception of pain. Our ability to shrug off these sensations and continue other activities or stop everything and focus on what hurts is purely based on how much we’ve trained our mind over time. This is why athletes and fitness experts have a higher tolerance for pain than ordinary people who don’t exercise regularly.

In Manga chapter 18, Saitama instructed Genos to first of all train his Mind before thinking about acquiring power through any means. This was no mean advice; as Saitama’s suffering during his arduous three years daily fitness regime was so great that in the end, he became a master of his own mind. Not only did he lose his hair, he succeeded in completely changing the perception [of pain] on his Brain. And so it became very easy for him to shrug off pain felt from extreme temperatures as well as any level of attack on his body. In chapter 166, not only was Saitama immune to Nuclear poisoning, he withstood Nuclear attacks with temperatures reaching Billions of degrees Celsius with only scratches to show as damage.

And so, if molten magma of the earth’s core began to hurt Saitama at 6000°C, that is the pain threshold temperature for his body(externally) at that time. As for Saitama’s exact Pain threshold(internally), we can conclude it’s immeasurable since he tanked Garou’s Extreme Power attack in chapter 164. This attack had not just the power to destroy internal organs but could also distort the earth’s tectonic plates and affect dimensional space as well.

Toughness is the ability of a body to absorb energy and practically deform without fracturing. The center of durability in a human’s body are the bones, muscles, and skin. These three can be trained to withstand varying levels of force and impact. Saitama might have an immeasurable threshold and tolerance for pain but that isn’t the only reason why he’s indestructible. Saitama is super tough as well. Thanks to the complete removal of his limiter, Saitama’s skin, and musculo-skeletal system are immeasurably tougher than that of an ordinary human. In manga chapter 167, Saitama came out unscathed from a clash of two serious punches that was stated to be capable of destroying the Earth.

The ‘DAMAGE’ Saitama only ever sustains in a fight are SCRATCHES which are always superficial and insignificant. However, as I explained earlier, a scratch is still a type of damage to the skin. What makes Saitama’s case so different and special is just how fast these SCRATCH MARKS disappear. While the STEAM/VAPOUR that emanates from Saitama’s fists after a punch or a clench may sometimes signify heat from friction, the STEAM/VAPOR that usually emanates from other parts of his body after taking powerful attacks signifies instantaneous HEALING & REGENERATION. Unlike the immune system of a regular human where the normal healing & regeneration of a Scratch can take days to complete, Saitama’s immune system work at extreme levels. Any scratch on him disappears minutes after a battle, becoming as though he never sustained any damage in the first place.

In conclusion, it’s important that i re-echo the fact that Saitama isn’t a Robot or a cyborg with a body made of strong metals. And although, he possesses immeasurably potent immune and musculoskeletal systems, he’s still human which means he does feel pain and can take damage albiet, insignificant and superficial. And so, no matter the level of physical attacks used on him, the results will always remain the same. SCRATCHES! That’s all there is to it.

Thanks so much for reading this blog post. Please do leave a comment in the comment box below if you have any questions, contributions or arguments.