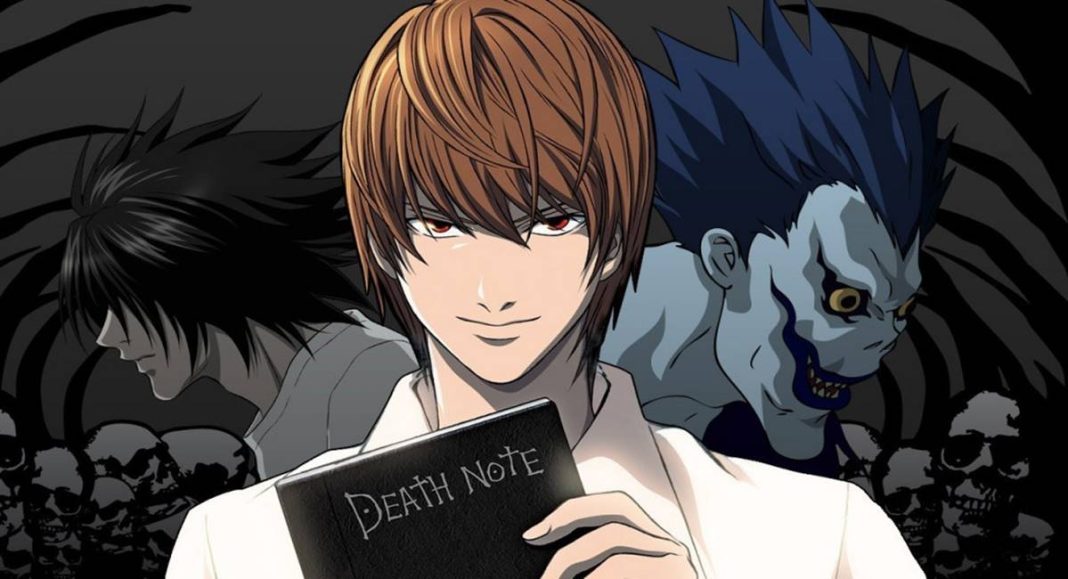 Top Reasons why you should Watch Death Note Anime

Watch Death Note: Hello friends, how are you all? In This blog, we will discuss about one of the most famous anime of the all-time Death note. Ever since you have started watching anime you may have come across many animes but  Death Note is probably on your list of Favourites. So what makes this anime popular among anime fans is that the anime has a storyline that is quite interesting and everyone once starts watching this gets indulged in it totally. This anime was one of those anime that challenged those people who said that anime is for children. So here are some reasons why you should watch over this anime.

When this anime was released, there were many other animes that were running alongside successfully, but those animes were running for a long time over 500 episodes. Death Note came with a watch time which is far less than those and attracted people with its ability to provide more twists and turns in a short span of time. At that time it became a hit due to which the anime has got many views in Japan as well outside of the japan. The anime series had a set of 37 episodes which is quite watchable. If anyone has the capability then he can also binge watch it. Also, the episodes were neither too long nor too short which made it more watchable.

Death note was probably one of those anime that introduced the anime of Dark Psychological plots. If u like twists and turns which are far more than expected by someone then this anime is one for you. The story is about a young college student who after finding a death note and embarks on a mission to clean the crime from the city but later finds himself becoming a villain.

This anime sometimes have more Dark plots which say that is inappropriate for the children. That is why the anime has been Named as Death Note. The anime is a thriller and also sometimes asks questions about someone’s morality.

3. Whos is Antogonist and Protagonist?

The one more reason why this series became more popular than others is that it showed how people consider their views on a hero and a villain of the story. The main protagonist Light Yagami in starts somes to be a person

who comes out as An antagonist later after he kills many people using his death note. His enemy “L” ( a world class known detective)vs his fights is very impressive as seen in the series.  The series follows how cat and mouse things happen between them

and how they try to outrun each other by their moves. The show is a masterpiece that shows that the most important thing while fighting with an enemy is determining it next move.

One more reason why this anime became a massive hit is due to his its action of telling the story through many ups and downs. The direction in the anime is perfectly done and very well executed. The animation of the series is good with properly justified cuts and properly following the storyline of the show. Thus more things are happening in the anime it becomes difficult to understand

how the anime has been adopting the Manga. Also how the interaction between the Light Yagami and “ryuk” The Shinigami makes the story more watchable. This is one of the reasons why this anime became an instant hit.

Another reason why it this anime has created a space in people’s hearts is due to his background music and use of it. The title track justifies and sets the anime so well that anyone who once starts watching it will watch it again and again. The soundtracks as well as the bgm as created originally for the anime since the anime has great details in every specific area. Thus anyone who watches it feels connected to the story of the show.

Death note is one of the highest-rated anime presently on IMDb. whenever we want to watch anything we search for its rating that is why this anime tops the list by scoring 9 out of 10 in the rating of anime. Thus anime is must watch before you die.

Another reason why this anime became popular is that the anime shows the interaction between a supernatural being, A shinigami, and a Normal human which makes this anime sometimes unrealistic. There are some twists and turns which are never expected by anyone since this anime has an unimaginable storyline. In addition to that, the Horror element this series has is unnatural since the episodes are sometimes quite complex to understand.

since both the audience felt connected towards both the dubbing in the same manner. So here were reasons why the anime is popular since it is also the same anime

that was once banned in China for its storyline. This anime has also some controversy related to it since anyone shows some scenes which are particularly disturbing for some audiences.  So whatever the reason is the anime should be watched by everyone.

ABOUT US
Animesouls was founded in 2016 by Vaibhav Jain, having the main objective of providing copper-bottomed statistics about the fields mentioned above in which we claim expertise.
Contact us: [email protected]s.com
FOLLOW US
© Copyright 2021 Animesouls