Home Gaming What are the best decision based games? 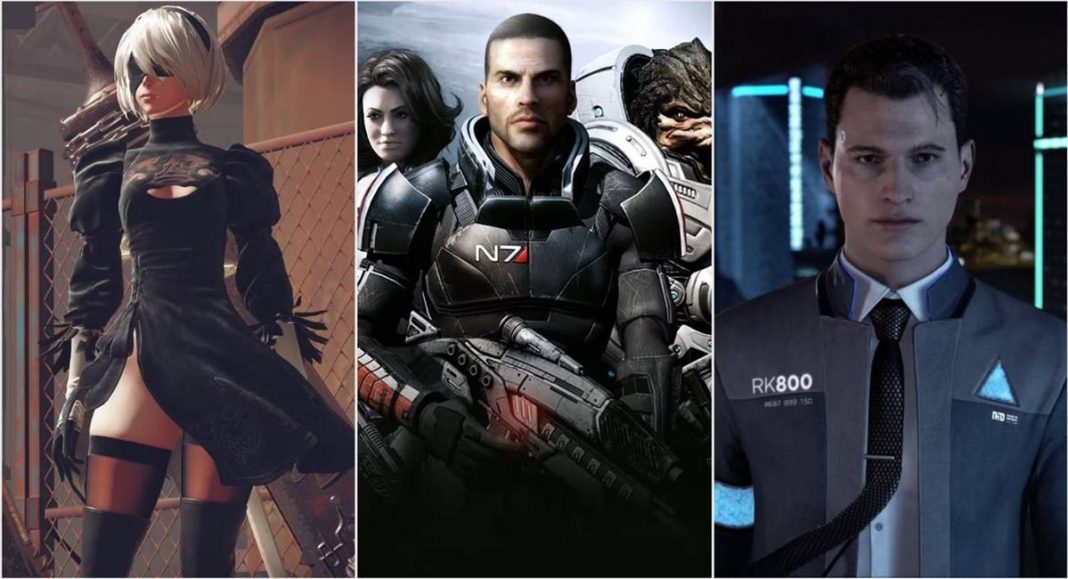 What are the best decision based games? There was not always a focus on epic narratives or storylines in video games. Video games used to be purely for amusement at one point, just for fun and to test the player’s skills. Somewhere along the road, video games developed and combined gameplay and storytelling to become the blockbusters we have today.

Now that Tetris is outdated, it’s uncommon for a game to be completely devoid of narrative components. Beyond that, though, are games that are only motivated by the narrative. These games’ stories serve as the foundation for everything that makes them fantastic, and the creators have opted to let you take the lead.

and is a bizarre but effective blend of puzzle, horror, and dating sim themes. There are more than one endings for each girl, providing plenty of replay value and more possibility for hilarity depending on the ending you receive, in addition to having three distinct women to pick from while you try to survive the game.

Virtue’s Last Reward, the second game in the Zero Escape series, provides players a similar gaming experience to that of the first game. The visual novel portion of the game and the escape room-style puzzles are two different gameplay modes in this title.

Decisions that advance the plot are presented to players when they are in the novel sections of the game. The most frequent choice is whether to betray the characters you are up against or to join them. Every choice has an effect on the narrative’s progression and, eventually, its conclusion.

The Dark Pictures Anthology, from the makers of Until Dawn, consists of two parts; the second, Little Hope, will be released later in 2020. The first part is Man of Medan. As a continuation of the horror subgenre, Man of Medan improves on the gameplay of its predecessor by supporting local or online co-op play for several players,

who can split up the game’s cast of characters among themselves. Five characters are there in total, and player decisions will determine whether they live or pass away. Despite the fact that a choice may have seemed inconsequential at the time, it appears that every action has an effect on the game.

Throughout the whole Dragon Age series, there are several opportunities for players to make choices. These decisions can range from minor ones that have little to no impact to significant ones that have an impact on the course of subsequent installments. There will be spoilers! Particularly in Dragon Age: Inquisition,

players had to make some difficult choices, including who of their allies to let die and who would replace the Divine, a decision that would undoubtedly have an impact in Dragon Age 4.

The video game Nier Automata is the follow-up to Nier, which debuted in 2010. Both titles have many endings that can be achieved depending on the decisions and actions of the player, some of which require several plays to uncover. There are 26 possible outcomes in Nier Automata, ranging from simple storyline choices

that don’t have much of an effect on the rest of the game to more complex ones that are determined by more complex choices like whether to eat the fish. This game is useful for players to replay to learn about the different options they have because of the numerous endings it offers.

Until Dawn (decision based games)

The popular horror game Until Dawn for the PlayStation 4 is arguably the best example of a narrative that weaves together and shifts direction depending on the player’s decisions. If players really wanted to, Supermassive’s design allowed for in-depth analysis. Conversational decisions that had specific outcomes—either positive or negative—had an impact on the relationships between characters.

For the purpose of guiding characters through tense situations, quick-time events, or QTEs, were introduced. But it wasn’t required to finish QTEs. It was a decision based on the players’ desire to have a say in the story’s developments. For many years to come, narrative-driven video games will be judged by the example set by Until Dawn.

Telltale is renowned for making episodic games that are only intended to convey stories based on player choices. Telltale is a once-dead studio that has just recently been brought back to life. Unlike Until Dawn, Telltale’s games didn’t include layers that let you see the characters

you were influencing qualities develop over time or glimpse their futures on their current course. At the end of each episode, though, games like Telltale’s The Walking Dead did provide you a behind-the-scenes look at each crucial option you made and the number of other gamers worldwide who made the same or different decisions. Viewing how their decisions compared to those of other people was fun for the audience!

The stealth and action-focused approach to open environments that Assassin’s Creed takes is well known. The latest installment of the Assassin’s Creed Odyssey was the first to dare to include decision-making as a component of the gameplay. Players can first choose whether Alexios or Kasandra will be their traveling companion from the Spartan family. Individual missions can be affected by the game’s numerous options. Some decisions bring success, while others bring failure. But more than ever, the players are in control of the journey.

Although Mass Effect: Andromeda and Anthem were recent flops for Bioware, the developer is still renowned for their outstanding action RPGs, which prominently showcase player agency as the experience’s central component. Commanding Commander Shepard, a soldier from the far future, was possible in Mass Effect 2. The Normandy’s crew members can have their relationships

and behavior impacted by the command choices that players make in the game for them. Because players could import their Mass Effect save files and continue the plot depending on the decisions they made in the first game, Mass Effect 2,

which was released in 2013, was even more thrilling. If I even have missed any great points about this topic Kindly comment below so as that everyone can share. We’ll be happy to inform us about this within the comments So write your comments down below.

Thanks for reading this Game blog.