Home ANIME What Is Baryon Mode? 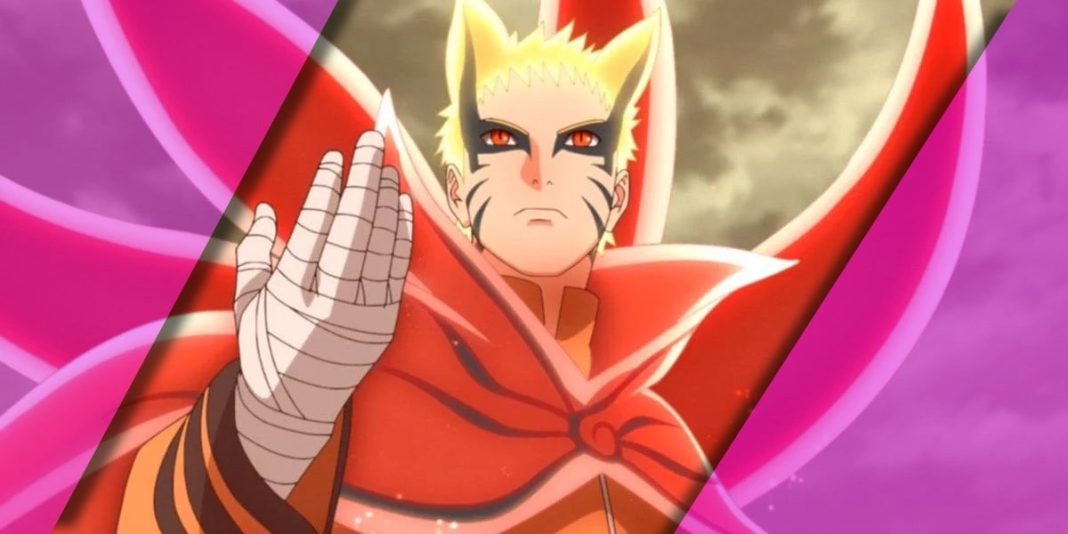 Throughout Naruto’s ninja career, he has unlocked a multitude of different transformations and forms. And Baryon Mode is just one of the latest forms he has obtained. This mode has given him a remarkable transformation in his fight with Isshiki.

But, what is Baryon Mode exactly?

Baryon Mode: What Is It?

Baryon Mode is the combination of Kurama and Naruto’s power. It is a new form that exceeds the sum of its parts, resulting in a power boost. And as for Naruto, this much power has given him the opportunity to surpass Isshiki.

Perhaps the biggest drawback of this mode is that it quickly drains the user’s strength and the life of anyone around.

Is Baryon Mode the Strongest Form?

If we look at the context of Baryon Mode’s usage, we can assume that it is the strongest form that Naruto has used so far. In fact, it is way stronger than the Six Paths Mode.

With this mode activated, Naruto overpowered Isshiki and almost killed him. Unlike the Six Paths Mode, he needed help from other people to fight Kaguya.

Why Baryon Mode Is the Strongest?

To date, Baryon Mode is the strongest form of Naruto. In case you are wondering why, we’ve compiled these reasons:

The most obvious boost that Baryon Mode gives is the drastic increase in strength. Before using this mode, Naruto was almost unable to graze Isshiki. But with this mode on, he was able to overwhelm this strong opponent in a battle. His punches even became strong enough to throw Isshiki around.

Naruto’s reflexes skyrocketed while using this mode. In Naruto’s Six Paths Sage Mode, he can already perceive almost anything right away. But Baryon Mode is different, taking things to the next level. Naruto wasn’t only able to dodge the rods, but he was also able to catch them.

Naruto’s speed has tremendously increased when using Baryon Mode. Even when Isshiki used his special Dojutsu ability, he could not hurt Naruto because he was able to elude everything that was thrown his way.

Another great thing about Baryon Mode is that it does not waste any movement to maximize power output. Although we can say that it is mostly up to Naruto himself, by removing unnecessary thoughts from his head, he can maximize his power output. As a result, not a single movement is wasted.

Here, let’s look at some interesting facts about Baryon Mode:

Fact #1: Baryon is derived from the name of a particle

“Baryon” may seem like a foreign term to many. But for science buffs, it may ring a bell. Baryon is actually a subatomic particle that is composed of three quarks. Now, why do you think this new form is named after Baryon? The answer brings us to the next interesting fact.

This fusion is similar to the reaction that happens in the sun. Helium and hydrogen gases fuse to form and create energy. And based on this reaction, Kurama came up with the name Baryon Mode.

In this mode, we see Naruto with an increased speed, improved reflexes, strong defense, and unparalleled attack power. He can even catch Isshiki’s quick attack, which Sasuke cannot see with his Sharingan.

Fact #3: Baryon Mode has a side effect

The same thing also happens with Naruto’s new form. With every second that passes, Kurama and Naruto’s chakras are absorbed. And if they stay long in this mode, they may die as they may run out of chakra.

Fact #4: This mode shortens the age of anyone around

Aside from draining Naruto and Kurama’s chakras, this mode also shortens the age of people around the user. Why? This is simply because of the interconnected nature of chakras.

If you have noticed, the chakra generated from Baryon Mode affected the chakra inside the body of Isshiki. Initially, Isshiki had 20 hours left to live. With Baryon Mode activated, he only had several minutes left.

Fact #5: There is a reason why Baryon Mode was suggested

Baryon Mode was not created just for the sake of anything. Kurama suggested it because the Nine-Tailed Fox has plans to take advantage of the side effect of killing Isshiki. And knowing that Isshiki had 20 hours left to live, Naruto knew he had a bigger chance to live.

Now, if Kurama told Naruto to use this mode when they were fighting Kaguya and Madara, it is likely that Naruto would die first since their opponents have a longer lifespan.

Can Naruto Use Baryon Mode Again?

Sad to say, Naruto can no longer use Baryon Mode again. This is because it is just a one-time powerup that can be achieved with the help of Kurama. And since Kurama is now dead, there is no other way that Naruto can activate this Mode or any of his tailed forms.

Naruto’s Baryon Mode is undeniably powerful, allowing him to overwhelm one of the strongest characters in battle so far: Isshiki. Unfortunately, he can no longer use it with Kurama already dead. But is Kurama coming back? We’ll answer this question and more in our next blogs.

In the meantime, we hope that we have answered your question, “what is Baryon Mode,” through this article. Stay tuned here at Animesouls for more updates on your favorite anime series!