Home ANIME Joyboy one piece: what is the will of D in one piece... 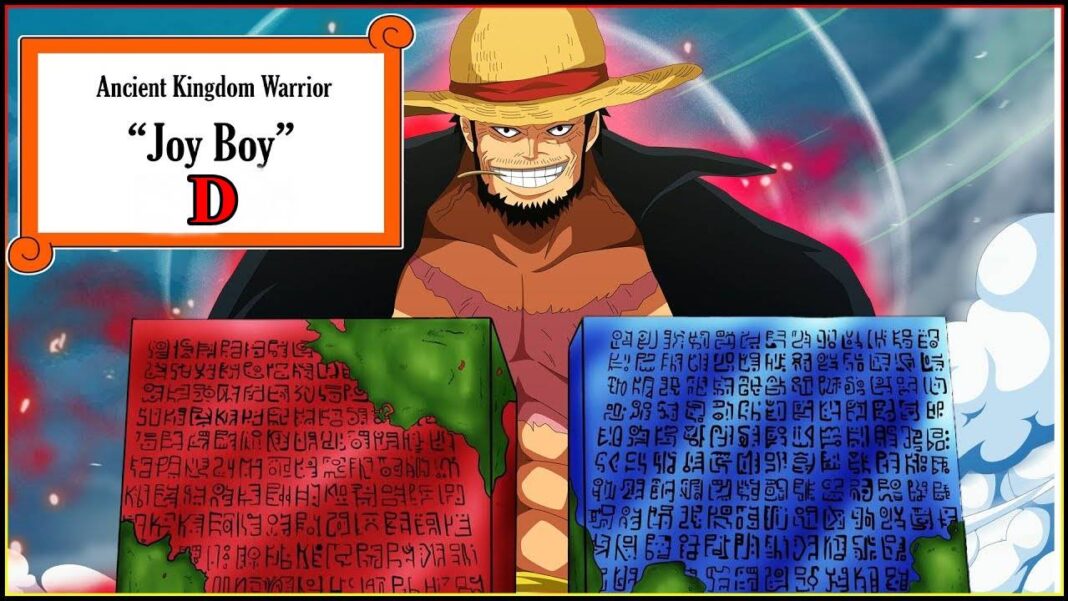 Joyboy one piece: Roger Reached Laugh’s tale and found out the true history of the world.

Joyboy one piece: From reading the poneglyph left by The People Of D.

he learns that The Whole world was once connected to eachother.

Means the world was once in One Piece.He learns about the people of that Era.

There was no racism there and Every race was equal.

They shared happiness and Sadness together.

After learning about the world where every race used live together

in harmony and they were over flowed with joy and happiness and could not stop laughing.

The only D. race that was discriminated was the fishman So Joyboy decided to build Noah

beat the hell out of anyone. but they were betrayed by their own people (Imo Sama’s Ancestors).

own peope/nation for power. The world government and the traitor faction of D.

took over the whole world and massacre the People of D. but some of them escaped and survived.

They may have won the war but they know the power of D. and were terrified by their power

So they used the weapon to Split the One Piece world into small Islands.

But with the help of kozuki clan few survivors of D. curved all the events on the poneglyph

to take back what was there. Roger learned about all the secret and weapon and how to use

born(Shirahoshi) and another weapon that is only born in among the people of D.

Uranus which is Luffy who was also yet to be born.

to watch over him. Shanks meet Luffy and gave straw hats to Luffy and told buggy to watch

over him since shanks was busy doing other stuff as his captain ordered him to do.

kept an eye on Luffy. Roger also said the same think to Whitebeard but he didn’t believe

anything until the war in Marineford where Luffy used conqueror haki.

Whitebeard realized what the Gold D. roger told him,

he was actually real so he called everyone to save Luffy.

because the future of the world depends on him.