Home ANIME What Powers or Abilities does Monkey D. Luffy have? 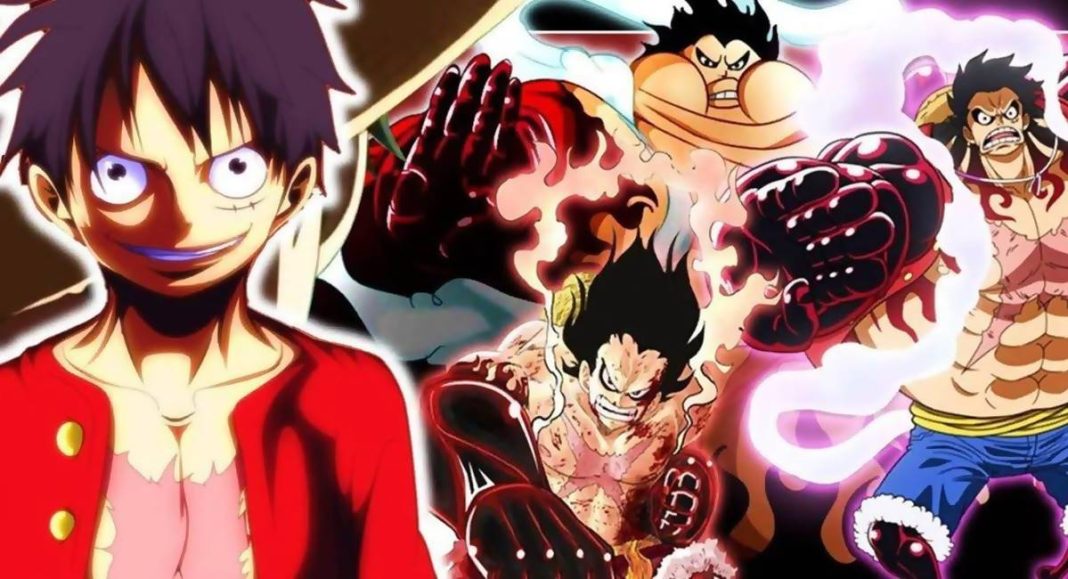 Luffy Abilities or Powers: In Eiichiro Oda’s One Piece, the main character is Monkey D. Luffy. Over the past two years, Luffy has developed into an excellent pirate as he pursues his goal of becoming the Pirate King. Luffy is virtually unbeatable in battle thanks to the might of the Gomu Gomu no Mi and his sharp tactical mind. He has faced a variety of challenges over the years and has triumphed over them thanks to his numerous power-ups.

Currently, Luffy is exceedingly strong and capable of taking on the toughest Yonko in one-on-one combat. So let’s check out Monkey D. Luffy’s prowess or skills.

The Haki coating on the Conqueror is without a doubt Luffy’s greatest power-up to date. Luffy noticed Kaido smearing Conqueror’s Haki on his blade during their battle. He was able to execute a rudimentary variation of this technique after realizing it and could cover his fists in Conqueror’s Haki. Luffy showed that he had a stronger command of this power during his final battle with Kaido and that he had the strength to split the heavens with the Conqueror’s Haki. Now more than ever, Luffy is extremely powerful.

One Piece’s Wano Country arc featured the introduction of the Haki concept known as Ryou. Ryou is simply what Armament Haki is to the people of Wano; yet, the way in which this ability is used is totally different. Ryou, as opposed to Armament Haki, concentrates on creating a Haki flow from a single spot on the body without coming into touch with the target.

This stops the waste of haki and enables the user to pierce whatever object they choose, including the tough scales of Yonko Kaido. By being able to send his Haki right into the target’s body, Luffy was able to advance this ability even further and deal internal damage to the adversary without having to breach their skin.

Charlotte Katakuri, the most powerful of Big Mom’s Sweet Commanders, surpassed Luffy in their battle thanks to the latter’s masterful use of Observation Haki. Katakuri had honed his Observation Haki to the point where he could predict events up to a few seconds in the future. Together with his Devil Fruit power, this made him an unstoppable force in battle. Luffy had to equalize the level of his Observation Haki to counteract this. Luffy was able to gently use Future Sight throughout the battle, and by the time it ended, he also had a good handle on it.

During the battle with Charlotte Katakuri, Snakeman made his debut as another variation of Luffy’s Gear Fourth. In order to confront those who rely more on speed in battle, he created this ability during the two-year time gap. In this form, Luffy’s fist is known as “Python,” and it allows him to punch his opponents at an exceedingly high pace that only gets faster with time. Snakeman renders Luffy nearly invincible in battle when combined with Future Sight Observation Haki. He managed to defeat Katakuri with his technique.

Tankman, from Gear 4, in its entirety.

Donquixote Doflamingo was Luffy’s first opponent with Gear Fourth: Bounceman, but soon after, Cracker emerged as a more formidable foe. Although Gear Fourth was powerful enough to handle the former, Luffy needed a different approach to take down his new foe, so he turned to Tankman. Luffy is able to withstand a staggering amount of strikes with ease by conjuring a larger and bulkier version of Bounceman. Against Cracker, he used the Full Version form for the first time, and he won in one blow.

Monkey D. Luffy engaged in combat with the powerful beasts that called Ruskaina home during the two-year time skip. He needed a body that could withstand a lot of punishment and a tremendous amount of strength to defeat them. Being as clever as he is, Luffy created Gear Fourth.

Luffy was able to accomplish both of his objectives by inflating his muscles with air and increasing his Haki’s output to its maximum level to make his muscles more elastic. Gear Fourth is incredibly effective offensively and defensively thanks to the force of flexibility. The likes of Doflamingo, Cracker, and even Charlotte Katakuri were defeated by Luffy because of this power.

Luffy spent the two-year time skip working on an enhanced Gear Third, much like he did with Gear Second. Luffy was able to advance his strength by boosting the potency of Gear Third because of all the enormous creatures that inhabited Rusukaina. After the time-skip, Luffy’s Gear Third shrunk dramatically and is now just used in his forelimbs, unlike before. Luffy has also avoided the negative effects of the equipment that led him to shrink as a result of this. He has increased his strength by covering himself in Haki.

After the Paramount War, Luffy received training from Silvers Rayleigh, the Dark King. After a year and a half of instruction under his direction, Luffy was able to fairly quickly master the fundamentals of this skill. With his Observation Haki, Luffy could easily avoid most dangers, and he could amplify both his attacks and defence with his Armament Haki.

Most crucially, Luffy also mastered the Conqueror’s Haki, a technique that enables him to outclass opponents with inferior willpower. Luffy has been able to battle the formidable New World foes thanks to Haki, and his might has only gotten stronger with time.

Luffy significantly enhanced his command over his several gears after the time skip, beginning with Gear Second. Gear Second greatly drained him prior to his training with Rayleigh, and it was established during the Thriller Bark

storyline that it had a negative impact on his vitality. Luffy has learnt to use Gear Second carefully since the time jump, only activating it in specific areas of his body. He can battle fiercely while conserving energy thanks to this. Fans witnessed Luffy’s increased strength in action against the Pacifista.

One Piece’s Thriller Bark arc featured Luffy using a special power-up that Gecko Moria’s shadow-snatchers made possible. Luffy gained incredible power by cramming 100 shadows inside of him. Nightmare Luffy was powerful enough to effortlessly block Oars’ punch with his hand. In this form, he was entirely invincible against Oars, and he was also an excellent swordsman. Unfortunately, Nightmare Luffy has never again been seen in the narrative.