Home ANIME When will One Piece be going to end? 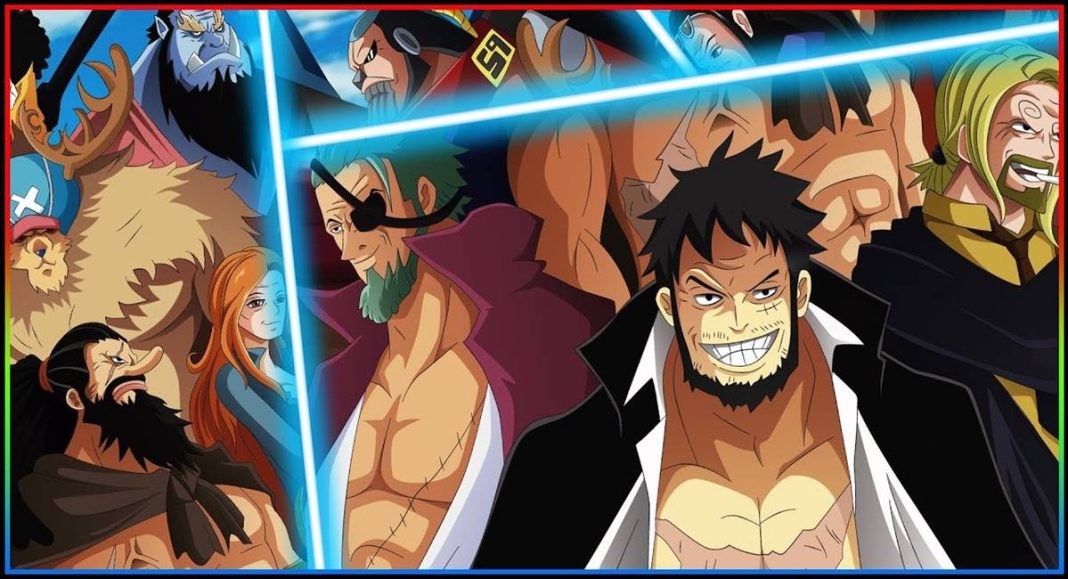 When will One Piece be going to end? One of the longest-running animes of all time and one of the most loved anime of all time One Piece is in the last chapters of its time and soon it will end. There are many moments in the anime that fans can’t forget and the characters that became so popular with time. Truly One Piece is a gem in anime history because even after running for so long it remained interesting and became more popular as time grew. When something is about to come to end there are certain things that fans must go through and here is the end of this Anime which will be seen in the near future as the writer said.

When Eiichiro Oda announced that he would be taking a break to prepare for The Final Saga, the fans were pretty shocked and didn’t really know how to react. Oda started his career when he was 17, and instantly got recognition which made got him a job in Weekly Shonen Jump magazine.

He first started his journey in the Manga Romance Down which surprisingly featured Monkey D. Luffy as the main protagonist, but he then used him as the main protagonist of the show One Piece. In 1997, One Piece began publication in Weekly Shonen Jump and became not only one of the most popular manga in Japan but also the best-selling manga series of all time. Collected as of February 2005. 100 million printed books sold, more than 200 million as of February 2011, and 320,866,000 copies printed worldwide as of December 2014,  As of October 2017, there are 430 million copies in circulation worldwide. As of May 2018, he has sold 440 million copies and as of March 2019, he has 450 million in print.

It has been 25 years already fans are just curious about the anime when it started and we can expect the end to be good as Oda is a master in his work now. The excitement is growing day by day, and fans can’t hold back any longer. Many say that the end will be not as expected and people will feel disappointed but who cares fans are there to see the end result of the thing which they love and it is not a matter of what is shown but a matter of love and affection which is shown to the anime.

On the evening of June 8, a Livestream happened on the official youtube channel of One Piece which contained a lot of news about the show, the show was presented by Megumi Tanaka who voices Luffy, and Kappei Yamaguchi who voices Usopp in the anime. The movie One Piece: Red is already being released and it is doing very well in the theatres also which is a piece of very good news for the makers as well as for fans. However, they saved some big news for the ending. It’s an island with One Piece. The name alone makes me cry a little. A new promotional poster has also been released that reads “Towards the final chapter—” (pictured above). And now I’m actually crying Even the new Oda-drawn poster for One Piece Red – perhaps not strictly canon?? – says “Red hair leads to the finale.”

Recently he announced that he will take a break after Wano Arc to prepare himself for the Final Saga of the anime. This immediately became news among fans and now they are all excited about the upcoming news about the anime.

Here is the proof that One Piece is coming to an End in the near future, so just some time ago one of the Top YouTubers who is known as the main News Channel of the One Piece did a youtube Livestream in which he told about many things which lead us to this conclusion. He produced some of the key points which suggest that the Manga is about to end soon.

In One Piece’s story, the saga contains multiple arcs. Some of them were relatively short. The Sky Island saga consists only of Jaya and Skype, while Thriller Bark is essentially a one-shot. Many of them are very long. The Yonko-hen, which remains today, contained about 250 chapters. Dressrosa, which had only two arcs,  still had 150 chapters (especially in the anime, where arcs are drawn) There are many complaints about ) this. Either way, the real ending of One Piece is still a few years away.

So we can say that soon means at least 2 to 4 years in the writer’s mind because a long-running anime must conclude in a long time which is why this is called the beginning of the ending of One Piece. So if you hear someone saying that One Piece is going to end soon that means that it will take at least a year or so to conclude the final chapter of the manga which makes us to the point that we will continue to read the manga in some upcoming years too. And keep one thing in mind every good thing comes to an end which means that everyone should be prepared to face the ending of the Manga One Piece.

Hope you have got your answer in the article here, stay tuned for more news about the anime.