Home Tech Which is the most powerful Dojutsu between the Rinnegan or the Tenseigan? 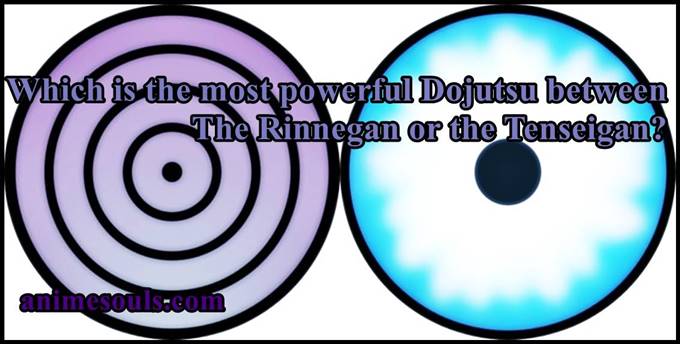 They are about to equal I really believe that Toneri wasn’t able to fully utilize the power of the tenseigan why else would he claim that he could be destroy the entire EARTH by awakening it? Also it should be the noted that tenseigan gives the user access to the Truth Seeking Ball’s { Madara Uchiha wasn’t able to do so until he became the jhinchuriki of Juubi }
And tenseigan gaves Toneri the power to cut the entier freaking Moon into the half common even Madara Uchiha jutsu Tengai Shinsei wasn’t capable of doing that much damage So yeah I believe they were equal because Hamura and Hogoromo were equal in strength (the Sage of Six Paths himself) You see Kaguya the progenitor of all chakra the one who ate the chakra fruit possessed a fusion of the Sharingan and the Rinnegan in her third eye along with the Byakugan in her pair of eye. The Dojutsu that Kaguya Third Eye possesse is called the Rinne Sharingan.

However I would give the edge to rinnegan ⇒
Here’s why-
Tenseigan has not been the developed researched or utilized as much as rinnegan . not only that Tenseigan ( being essentially awakene by a cluster of the byakugan) may be assume to have the power of byakugan and the power to absorb chakra but apart from that it only grants a power mode similar to naruto kyubi mode ( increase in chakra truth seeker ball’s etc.) So that is very powerful.
But the  Rinnegan give the user the ability to revive people use chibaku tensei and as sasuke Uchiha showe it also gives the specific power to its user Sasuke Uchiha space warp madara Uchiha limbo Also rinnegan has been develope researche and use thus a lot about it is known while all we can say about the tenseigan is that it show potential.
In conclusion it can be that in some project if we get to know about the tenseigan more then it may emerge stronger but on account of what we already know the rinnegan wins over it in my opinion if only by a small margin.

But Both are powerful in their own ways. The Rinnegan is capable of creating a large numbers of ninjutsu, whereas tenseigan has the power to negates any kind of ninjutsu. It has been observe when Naruto Uzumaki defeat Toneri the Rinnegan power is perpetual doesn’t need to chakra activation, neither weakens the user or itself, whereas tenseigan reverted back to byakugan after toneri was weakene. That is not a good thing is it? Also the fact to be note is that rinnegan is related to Hagoromo Ootsusuki, who is much more powerful than The Haruma Ootsusuki. There you have it, the difference in their power. both the renningan and tenseigan renningan does is give you the chakra mode with tsb.  Otsutsuki Clan’s built a weapon that would one day be used on the Humanity for weaponizing chakra and the leaders had a hard time to deal with naruto Uzumaki and a another reason is that the the leader of otsutsuki had live for 1000 year’s still he seam a littel powerless for me an they rely on renninga and byakugan has the base of uchiha and senju clan’s and for renningan we have pain, madara Uchiha ,kaguya and sasuke Uchiha (still a douche bag) there is nothing more to say madara Uchiha hands down you know how strong he is their last form for eye is renning sharingan which make the renningan has one more form than tenseigan.