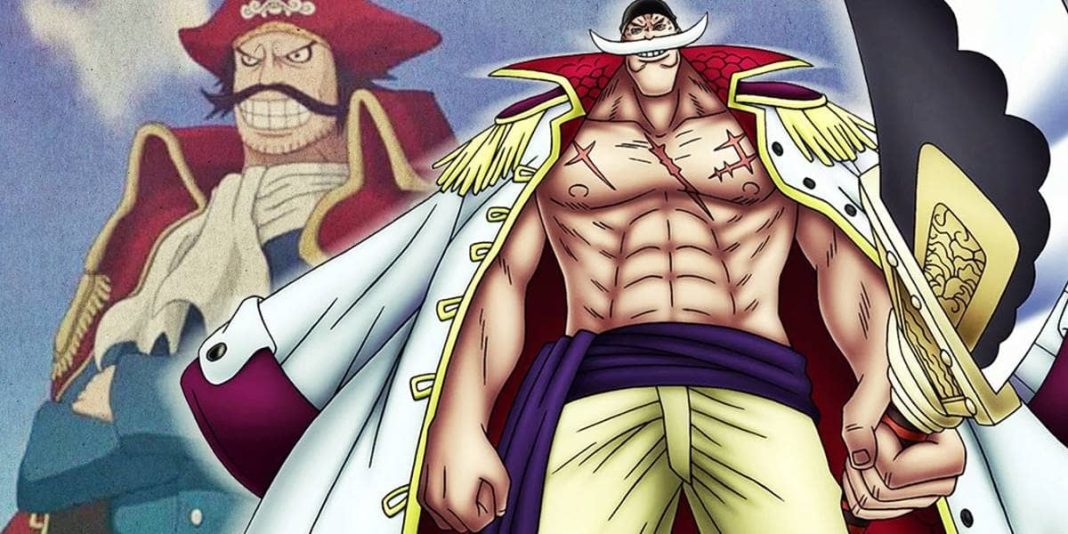 Whitebeard: In this blog, we are going to see about Edward Newgate. Edward Newgate, popularly known as Whitebeard, was a well-known pirate in the One Piece universe. He led the Whitebeard Pirates, one of the most powerful crews in the series. Whitebeard, who was introduced in the book as one of the Four Emperors of the Sea, conquered practically the whole ocean and acquired the title of ‘Strongest Man in the World.’Because Whitebeard was only studied for a brief time, certain important aspects concerning him remain concealed beneath the covers. Here are some facts about Edward ‘Whitebeard’ Newgate that we probably didn’t know.

Until Chapter 957, ‘ULTIMATE,’ released earlier this year, Whitebeard’s bounty was unknown for the entirety of the One Piece story. Oda presented Whitebeard and Roger’s bounties to the fans after the current Yonko’s bounties were announced. Whitebeard had a bounty of 5,046,000,000 berries, second only to Roger, according to what we were told. Roger’s bounty was presumably bigger because he discovered the One Piece and learnt the true history, whereas Whitebeard was uninterested.

It’s no surprise that Whitebeard was a master Haki user, given he was the strongest character in One Piece. Whitebeard’s ability to employ all three forms of Haki was confirmed by Eiichiro Oda. When Whitebeard was shown clashing against Roger in the Grand Line in One Piece Chapter 966, he showed off his abilities to employ high-level advanced Armament and Conqueror’s Haki. When combined with his Devil Fruit skill, he became the most feared pirate on the high seas, especially if his family was in danger.

Because he was a pirate, Whitebeard had a sense of liberty that few people did. That did not, however, negate the fact that he had a code to follow. Whitebeard had two strange rules that he never disobeyed. The first was imposed by him on his crew, and members of the Whitebeard Pirates were barred from ever killing another crew member under this rule (a rule that Blackbeard broke). The second rule was one Whitebeard had established for himself. Because he understood how much a person’s wealth meant to them, Whitebeard made it a point to never remove another person’s wealth from them. As a result, he chose to avoid causing harm to others’ valuable possessions.

Because Gol D. Roger discovered the One Piece, Whitebeard is frequently regarde as the second greatest pirate. Even though this was undoubtedly the case, Whitebeard was a match for Roger in all the way. He was just uninterest in finding the One Piece, and his family was his only wealth. Whitebeard discover his riches in the same way that Roger did. he was the only individual known to have ever match Gol D. Roger in terms of power in One Piece. During Roger’s reign, Whitebeard held the title of ‘The Strongest Man in the World.’

he was orphane when he was a little boy. We don’t know if he even knew who his parents were. As a result, he knew firsthand how it felt to be without a family. This became the key motivation for him to bring orphans into his crew and form a family unlike any other. Whitebeard’s primary motivation for recruiting Teach to his company, as seen in One Piece Chapter 965, was that he was an orphan with nowhere to go. Many of the other members of the crew were probably in the same boat.

he was orphaned and lived in poverty for the majority of his life. This was due to Sphinx Island’s inability to pay the Heavenly Tribute and so could not afford to join the World Government. As a result, Newgate embarked on a quest for fortune, fame, and power at sea. He went on to become one of the world’s most famous pirates, as we all know. Whitebeard’s part of the treasure always went back to Sphinx island, according to Marco, because the people there had such a low standard of living.

Because Whitebeard’s past hasn’t been fully explore in One Piece, it’s understandable that some fans are unaware of his roots. Whitebeard was born on April 6, 1450, in the One Piece world, according to Oda’s mythology. In the One Piece Vivre Card databook, his birthplace is mention as Sphinx Island, and it was disclose canonically in the storey when Nekomamushi went to get Marco for the Wano Country battle. And also, he was 2.3 years younger than Gol D. Roger, his deadliest foe.

Whitebeard’s reputation as the World’s Strongest Man was well-known across the oceans. Everyone, including Shanks and even Garp, conceded that no one was as strong as him. He wasn’t always referre to as ‘The Strongest Man in the World.’ Many people referred to Whitebeard as “The Man Who Came the Closest to Being Whole.” Anyway, he never desire the One Piece in the first place because his main wealth was his family.

In Chapter 234 of the One Piece manga and Episode 151 of the anime, he makes his debut appearance. During the said chapter, Whitebeard met with Rockstar, prompting Shanks to personally greet him. Whitebeard first appeared in Chapter 159 of the manga and Episode 95 of the anime, therefore this isn’t his initial appearance. Nevertheless, we were only shown his contour, thus it’s not considered a real series premiere.

Newgate wasn’t always the Whitebeard Pirates’ captain, as Eiichiro Oda made clear several times throughout the series. Before his death, we saw a flashback of him with his previous crew, in which he voiced his desire to start a family. Later in the manga, it was reveale that he was a member of the Rocks Pirates and sailed on the same ship as Rocks D. Xebec, who aspired to be King of the World. he eventually forme his crew a few years after the God Valley incident.