Home ANIME Who would win- Luffy or Zoro? 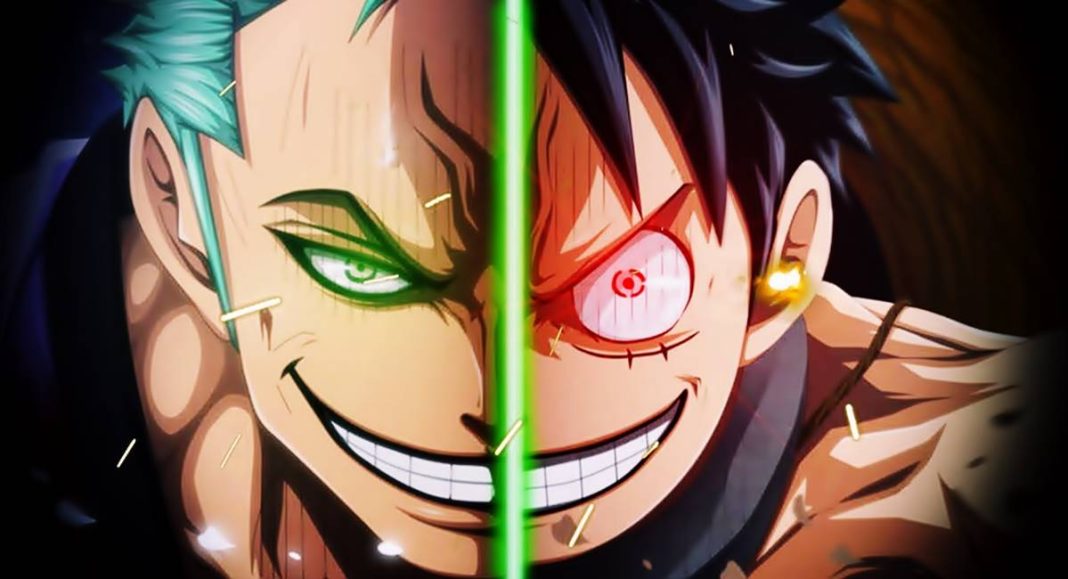 Luffy or Zoro: One Piece has two characters who have really won over admirers, and people can’t stop comparing them. One is Monkey D. Luffy, the series’ main character, while the other is Zoro, a close friend, and ally of his. In order to make it clear who is stronger and would prevail in a direct confrontation, we will first give you a little introduction to these two characters and their special skills before comparing their special skills, strength, and signature weapons. So, let’s see who would win: Luffy or Zoro.

Who exactly is Monkey D. Luffy?

The protagonist of the Japanese manga and anime series One Piece, created by Eiichiro Oda, is a fictitious character named Monkey D. Luffy. He is also known as “Straw Hat”, who makes his appearance in chapter one as a young boy with an elastic body. He gained this ability after unintentionally ingesting one of the devil fruits, Gum-Gum Fruit, which is why he is called Straw Hat Luffy. Hito Hito no Mi: Nika was its original name.

The iconic and mighty Star Hat Pirates were founded by Luffy, who also serves as their captain. In order to succeed Gol D. Roger, he sets off from the East Blue Sea to the Grand Line in pursuit of the fabled treasure, One Piece. He had always dreamed of being a pirate. And he thinks the pirate king is the most liberated person on the planet. After what he did on Totto Land and in opposition to Emperor Big Mom,

Eiichiro Oda, popularly known as “Pirate Hunter” Zero, is the creator of the fictitious One Piece character Roronoa Zoro. His motive is to become the greatest swordsman in the entire world, and he is the first swordsman to join Monkey D. Luffy’s company. He joined the crew when Captain Morgan prevented his execution at the Marine Camp. He, therefore, sets off on the mainline in pursuit of One Piece with the assistance of his captain and crew.

Zoro can also use three swords in combat and is a great swordsman. In the third chapter of the manga “Enter Pirate Hunter Zoro,” he makes his appearance. On August 18, 1997, it was first published in the Weekly Shonen Jump magazine of Japan. Additionally, he made an appearance in the anime’s first episode as a criminal who had been apprehended and was awaiting the Navy’s death. He once lost his companion Kuina, which made him stronger to keep his word. With Johnny and Yosaku,

he spends years hunting pirates in an effort to take their booty in order to buy food. He initially rejects the offer to join Luffy’s crew but changes his mind after being spared from execution. Later, he learns that Dracule Mihawk is the strongest swordsman in the entire world, and from that point on, all he can think about is one day defeating him. Sadly, he was unable to defeat the most powerful swordsman in the world. Additionally, the series’ author, Eiichiro Oda, likened him to a shark or a devil. He is a severe and cold-looking character, although his reactions are frequently funny or exaggerated.

He has demonstrated remarkable superhuman strength and a talent for combat as the series’ main protagonist. Due to his tiny appearance, you could assume that he is weak, yet the opponent will see right through you. Throughout the entire series, he has displayed power well beyond that of humans, as seen by the one-punch defeat of a sea king.

Because of the rigorous training he received from his grandfather, Monkey D. Garp, he possesses superhuman strength. His grandfather tied him to some balloons and raised him to tremendous heights by tossing him into a perilous jungle far from home. Along with Zoro and Sanji, he became one of the most powerful characters in the series as a result of the rigorous training.

Zoro is one of the strongest human characters in One Piece and the most powerful Straw Hat Pirate aside from Luffy, Sanji, and Jinbe. However, unlike Luffy, he does not employ Devil Fruits. He has put in a lot of work at the gym and has grown stronger through desire and will. He also has amazing stamina, which enables him to withstand severe wounds and significant blood loss.

If he is missing his weapon, his physical strength is far above average. As part of his santry fighting technique, he typically uses three swords (Three Sword Style). Additionally, he learns a wide variety of secret moves, and he usually gives them names that are frequently puns on words, such Onigiri, which can mean either “Demon Slash” or “rice ball.”

Who would triumph in a direct conflict?

They only engaged in one battle in the original manga, which Nami intervened and caused it to end without a winner. Later, they get into another altercation that was included in an anime special issue. However, as neither of them sustained any injuries during the fight, there was still no clear winner. Consequently, let’s examine who would triumph in a head-to-head matchup without any disadvantages.

When Nami kicked both of their buttocks and told them to stop, the two’s cannon fight was broken up. As a result, there was no clear champion, and it was clear that each of them had roughly equal levels of power. Even if the two characters are completely different from one another, we can still state that their power levels are very similar.

Because it is Luffy’s weakness, Zoro has an advantage with the blades in their second battle in the anime. With his superhuman talents, which he acquired from consuming a Devil Fruit, Luffy outperforms him. Luffy has been able to develop his abilities throughout the series, and his strength and fortitude are so incredible that he has repeatedly defeated foes that are far stronger than himself while surviving practically impossible battles.

The result of Zoro’s ruthless training, tenacity, and dedication, on the other hand, is what makes him who he is. Nevertheless, Zoro’s desire to excel as a swordsman is even surpassed by Luffy’s tenacity in this regard. Speaking of the Haki, Luffy has the benefit of having learned Ryou from Boss Hyogoro; as a result,