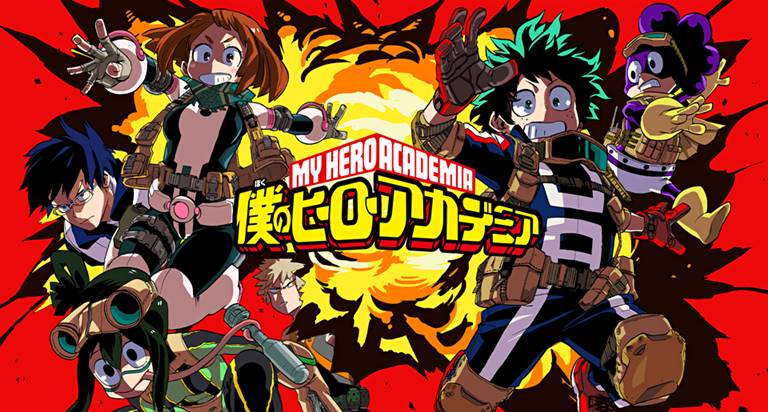 I enjoy the super hero genre. So I should enjoy super hero comic books and movies from Marvel and DC, correct? No, not really; while there are some Marvel and DC comics and movies I enjoy, the fact that they continuously rewrite and make different iterations of the characters was off putting to me; it was hard for me to be a fan of one super hero when he/she is replaced by a new iteration. Because of this, I started getting into anime and manga where there is one continuity. When I found out that My Hero Academia was a super hero themed manga, I was immediately interested and started reading it, content with the fact that there is a super hero themed comic book with a single continuity that won’t be replaced with multiple iterations anytime soon.

Of course I won’t put my enjoyment of super heroes as the entire reason I enjoy My Hero Academia. Sure, there isn’t any originality, but as KingCannon said, execution matters most which is what My Hero Academia has. Many of the characters are decently fleshed out enough for me to be interested in them; while I may find some of their backstories to be uninteresting, such as Izuku and Katsuki’s childhood, they still benefit in adding development to their characters, giving reasons for their personality traits and the dynamics between them. An aspect that I find to be better executed is character growth; Izuku goes from being a wimp to a more confident person and Shoto grows to accepting his that heritage isn’t everything and becomes far more open to his peers. As for the villains, they are also fine; Tomura is interesting to follow because instead of being a top-of-the-line villain from the get go, he learns how to be a villain as the story progresses. Stain was a cool antagonist whose objective, threatning presence and  habit of preaching made him a highlight during the earlier parts of the manga.

It is true that the story of My Hero Academia isn’t anything special; teenage boy wants to become a Hero and enters school to train to be one. At times, it takes a while for something interesting to happen; If it wasn’t for the characters running the narrative, then My Hero Academia’s story would be its downfall.

The main meat of a battle manga or anime is the fights. Many of the fights in My Hero Academia are logical and there is always a sense of struggle, with many of the characters needing teamwork or exploiting weaknesses to overcome their respective opponents. As such many of the fights are good for the most part (my favorites being Izuku vs Shoto in the Sports Festival and Stain vs Izuku, Shoto and Tenya). Although at times, I do think the fights are a bit too short. However, since the fights manage to have enough weight in that short space of time to make an impact, makes this a small issue.

All in all, My Hero Academia’s most appealing aspect is its characters and its fights; its story alone doesn’t have enough weight to carry itself, but its characters save the day by running the story.

Many so called “generic” battle manga and anime fail because they overuse story cliches, bland character archetypes and don’t execute fights right. My Hero Academia was a generic series that evolved by carving out its own path through doing things right, and thats why it differentiates itself from other battle manga and anime.