I’m not gonna like it will be very sad when we see this lovely crew get erased by this gummie bear looking god Zeno. I was actually looking forward to a possible formation of U6 Z-Fighters, and let’s face it it’s not hard to love the idea. I mean really U6 is part of a pair with U7 and we have seen in short amount of time some very powerful characters. I want to see Cabba, Botamo, Magetta and even Hit assemble their own team of justice fighters with the other beings of U6, just so I can say “Yes! That! Do it!”. Now that isn’t the only reason why it will be sad when they die, Champa has also grown on me as funny character Who is basically purple Garfield with god mode powers. And I love Frost again for knocking out Krillin because well fuck Krillin, I’ve never liked the character he is irredeemable and basically just a guy who knows how to make Ki fidget spinners. Let’s talk about Kale also aka female Broly. She’s awsome not sure why people are upset with her character I mean she nerfed Blue Goku for a minute in the last few episodes and it took Jiren to step in to say “can you not please? No? Okay have it your way but I’m gonna blast now”, if it takes one of the most hype people in the tournament to knock her out then you know Kale is no pushover. What can be said about caulifla? Other then the fact she unlocks forms faster then copy paper? I would say it’s too much for her to get blue right now but maybe someday, abit tad overrated with her hotheadedness but oh well I tolerate. Vados is bacially the troll of U6 cause she will probably die of laughing if her team losses but I’m glad she won’t be erased it’s fun seeing her. 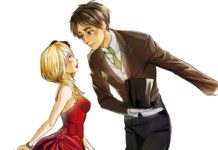 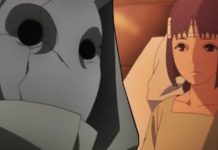 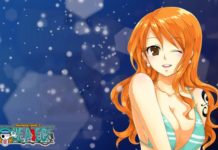 Facts about Nami you should know!!