Home Tech Why Kakashi Not Use The Rasengan And Why Minato And Kakashi Fail... 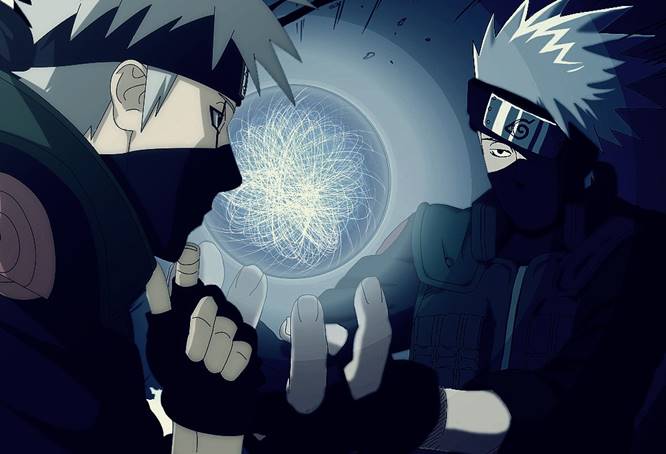 It is said that Minato Namikaze did teach Kakashi the Rasengan, and respectively, The Chidori was created as Kakashi Hatake only applied his lightning release/nature to it. Although unusable before he had the Obito Sharingan, as it creates an effect to the user’s vision, why didn’t Kakashi just use the Rasengan? Kakashi had the ability to use all 5 Basic Elemental and Releases them, So why didn’t he just stick with the Rasengan?

Am Also wonders why Minato Namikaze and Kakashi failed to add their chakra natures into their Rasengan. Couldn’t they have simply used both of their hand’s to complete the elemental Rasengan? I mean, Minato Namikaze makes the Rasengan with his right hand, while with his left hand he supplies the natures chakra. Naruto made two clones to make an elemental Rasengan. The original body would supply the raw chakra in his hand, and the first clone would spin the chakra into a ball with both his hands, while the third clone would Add chakra natures. Couldn’t master shinobi’s like Minato Namikaze and Kakashi simply use their left hand to supply the chakra natures?

Well, looking at how Kakashi Hatake creates Rasengan, by holding right arm with his left hand and making Rasengan, I’m not sure if even regular Rasengan is easy for Kakashi Hatake. Then again, Kakashi Hatake has a transplanted Sharingan, so it may screw things a bit too.

As for Minato Namikaze, it’s possible that Minato Namikaze could have applied Nature Transformation into the Rasengan eventually, had he stayed alive and complete Rasengan. It did take him about 3 years to create Rasengan and perfect him, after all.

And then there’s Jiraiya, who also learned the Rasengan, but didn’t add Nature Transformation into the Rasengan. For this one. All I can think is that maintaining his spy network and do research. for his Icha-Icha books took his time.

Naruto Uzumaki and even Boruto Uzumaki applying a nature to their Rasengan. is just a cheap way of trying to make them stand out. Yea I’m sure that Naruto Uzumaki of all people could do it, but Minato Namikaze or even Kakashi Hatake couldn’t. But then again he used clone’s to help him speed up his capabilities in his training. But, perhaps the most ridiculous thing that happened was somehow Boruto Uzumaki applying chakra to the Rasengan without even the knowing and even more without even have learned the Rasengan that long. I have no doubt that Minato Namikaze could have added a chakra nature at some point and even The Kakashi Hatake at some point, but unlike Minato Namikaze he died shortly after mastering The Rasengan. Kakashi Hatake just gave up on adding a nature to it due to creating the Chidori the Lightning Cutter.