Home NEWS Will Attack On Titan Get A Third Season? 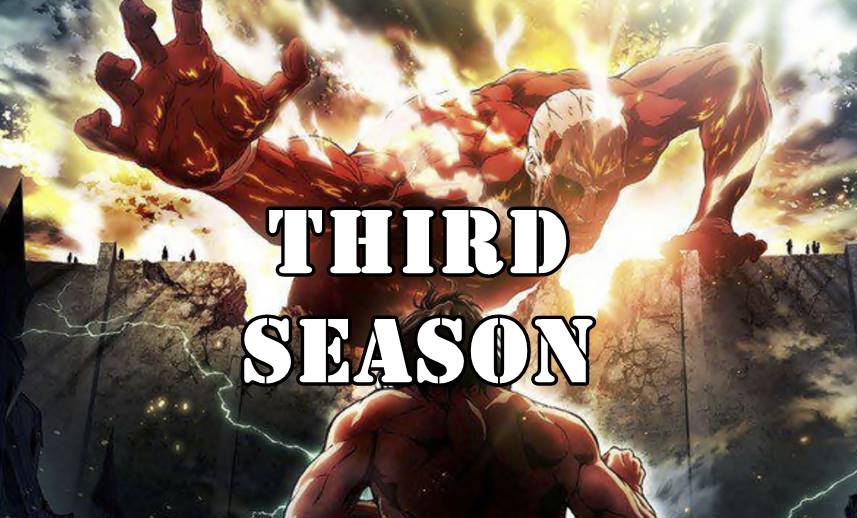 The answer is that Attack on Titan will get a 3rd season, It’s just a matter of when the elusive season (season 2) will make it’s drop.

Attack on Titan is also a very popular well known title in the world of anime. The franchise’s overseas appeal will surely help Wit Studios conjure up funds to tackle a 3rd season, so fans are not so much worried about the new episodes getting ordered. Rather, they are more concerned about the third season getting released in a timely fashion.

The 1th season of Attack on Titan aired back in 2013 before its second premiered in the April/2017. There was almost a 4 year gap between the projects, and fans are worried another lengthy hiatus could completely dismantle interest in the anime. The delay was due to an ongoing animation crisis in Japan due to poor work conditions, but Wit Studio also bears blame for so poor scheduling. The company spread itself thin by double dipping on other projects like Kabaneri of the Iron Fortress and The Ancient Magus Bride.

If Wit-Studio is able to channel its focus entirely into Attack on Titan, it isn’t impossible to think the anime could debut in Spring 2019. The studio is set to host an Attack on Titan event in Japan this October, and many fans expect the company will announce its official plans for a third season there. Even so, the earliest estimations for a simple 12 episode season dates Attack on Titan’s hopeful comeback to mid 2019. If the third season hopes to be longer, then fans may be stuck waiting until Winter 2019.