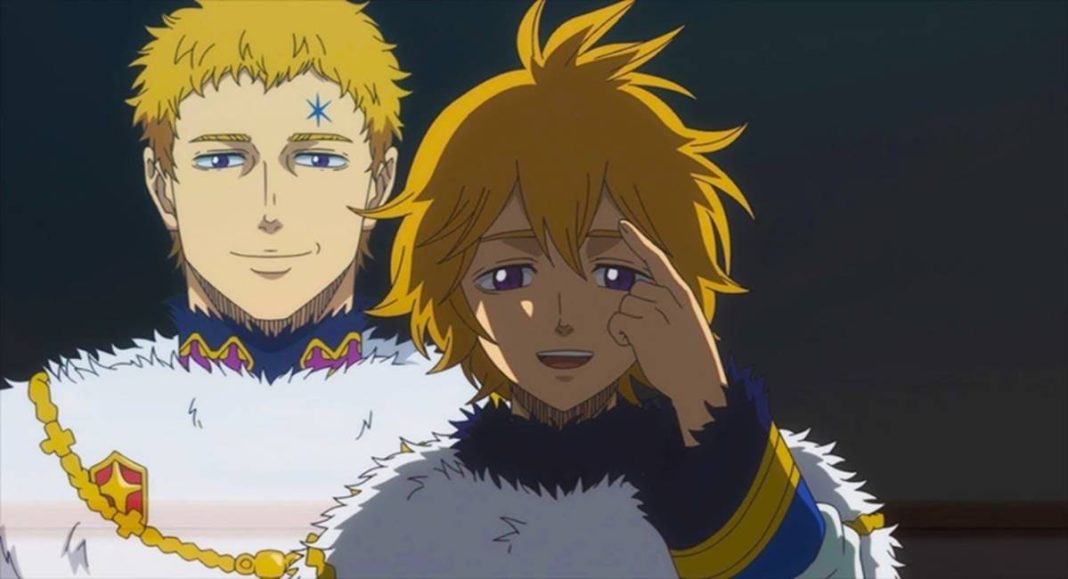 Wizard King: The cast of characters in Black Clover is outstanding. There are brave underdogs, gifted prodigies, and a witch queen straight out of a nightmare. Fans of the show instantly bond with these Mages and root for their success. Throughout the popular anime, viewers witness incredible character development, with backstories that help viewers understand the heroes’ and villains’ motivations.

However, as with most anime, a select few characters stand out. It’s possible that this is owing to their overwhelming power or charismatic personality. Both of these characteristics are present in Julius Novachrono. The Wizard King of Clover Kingdom is a mysterious and powerful mage who oversees the Magic Knights and the Kingdom in which they live. Despite his celebrity, there are several truths about Julius that some admirers are unaware of. Let’s look at some fascinating Julius Novachrono facts.

10. His current Grimoire is only one page long.

Julius has resurrected as a 13-year-old boy thanks to the time he had saved over the years. His regal garb no longer suits the Wizard King, who is shorter and has longer hair. Julius preserves his adult demeanour despite these major bodily changes, remaining lighthearted while yet being quite capable. Julius’ grimoire, on the other hand, underwent a substantial transformation. His miraculous book, which used to be hundreds of pages long, is now only one page long. Fans aren’t sure what this means, but Julius could be substantially weaker than he was as an adult.

With a Time Blast, the Black Clover Wizard King destroys Patry’s sword. The Wizard King is one of anime’s best named characters. Yuki Tabata, the developer of Black Clover, didn’t pick it at random, though. The surname Novachrono combines two distinct meanings: Nova, which means “new” in Latin, and Chrono, which means “time” in Greek.

A fantastic name for someone who has the ability to manipulate, steal, and control time. And this isn’t limited to Julius. The names of some characters reflect their powers, magic, and personalities. Novachrono just so happens to be a really cool name.

Julius’ grimoire remained a mystery for the majority of the anime, with fans never seeing it. Julius appears to be wielding magic without his grimoire during his initial battle with the Eye Of The Midnight Sun. When Julius battles Patolli, however, the audience discovers that Julius’ grimoire is held far above his head. Furthermore, the book has no front or back, implying that there is no beginning or end. In addition, the grimoire is massive, with thousands of pages. It’s not surprising, given his fascination with magic.

7. If necessary, he will kill.

Julius may be harsh when necessary, so don’t be fool by his happy-go-lucky demeanor. The Wizard King exhibits kindness, compassion, and forgiveness throughout the animation. Julius preferred to capture Patolli alive even when fighting him in order to preserve William’s life. This does not, however, imply that he is a softie. When the Eye of the Midnight Sun raided the kingdom and seized Asta, Julius killed two members of the terrorist group in the blink of an eye. The man is willing to sacrifice himself in order to save the people he loves.

Julius’ honesty is one of the many things that make him so famous among show fans. Julius’ response to Asta and Yuno’s question on what it takes to become the Wizard King is succinct. No matter how you work hard or how nice you are, you must accumulate successes to exhibit your superior talent in order to be acknowledged by all. Julius recognizes that this strategy fosters ties and results in the Magic Knights’ explicit trust, despite how tough it is to hear at times.

Julius possesses a vast amount of magical knowledge, considerably surpassing that of the Magic Knights Captains, as one would expect from a gigantic nerd. Despite the fact that Yuno understood very little about the power or how to control it, Julius immediately recognizes it as the wind spirit Sylph after Yuno gets a new power while investigating a dungeon. In addition, the Wizard King deciphered an old magical object created over 500 years ago by the first Wizard King. Julius, too, has his limits, as seen by his surprise at Asta’s anti-magic sword.

4. Zara Ideale was an inspiration to Become Wizard King

Julius Novachrono didn’t always want to be Wizard King, which surprised several viewers. He was content in his employment as a Royal Knight because it allowed him to pursue his obsession with magic while also allowing him to meet strong magicians.

Zara Ideale, on the other hand, revolutionized everything. Zara inspired Julius to alter the kingdom he had grown to despise as the first peasant to become a Royal Knight. Julius began his ambition to become Wizard King after the Magic Knight reveals that class is an impediment that can be overcome. It was all because of Zara.

3. He’s a master of deception.

Julius is well-known for his time magic. He became the Wizard King as a result of his mastery of this ability. He isn’t, however, confined to this form of magic. Julius, as one would expect from a genius of his kind, can execute a wide range of tasks. Transformation magic is one of them.

Throughout the show, viewers believe they are watching a minor, unimportant figure momentarily enter one of the main characters’ lives. Viewers, on the other hand, have frequently fallen victim to a brilliant Julius disguise. His changes allow him to avoid his responsibilities as King and observe the various forms of magic that surround him.

2. The Grey Deer was his first squad (Wizard King Julius)

Julius joined the Grey Deer squad after completing the Magic Knights exam with flying colors. Julius’ squad, dubbed the Aqua Deer by fans of the program, was made up of a variety of prominent characters. The Wizard King was eventually picked to lead the group.

Julius hired Yami Sukehiro, the current captain of the Black Bulls, as his captain. Despite the fact that Yami was a foreigner who had been shunned by the monarchy, Julus saw his promise. The two became close, and their friendship is one of the show’s highlights.

1. Julius was born in the Noble Realm of the Roman Empire.

Julius holds the uncommon viewpoint that all humans in the Clover Kingdom are equal, which is held by only a few other Magic Knights. He doesn’t care about your social level or family name as long as you help to make the world a better place. Some admirers speculated that Julius was a peasant himself as a result of this information. Despite the fact that he is not the show’s major focus, the Wizard King is a nobleman. Julis was born into a noble family and joined the Magic Knights at the age of 15, and the rest is history.