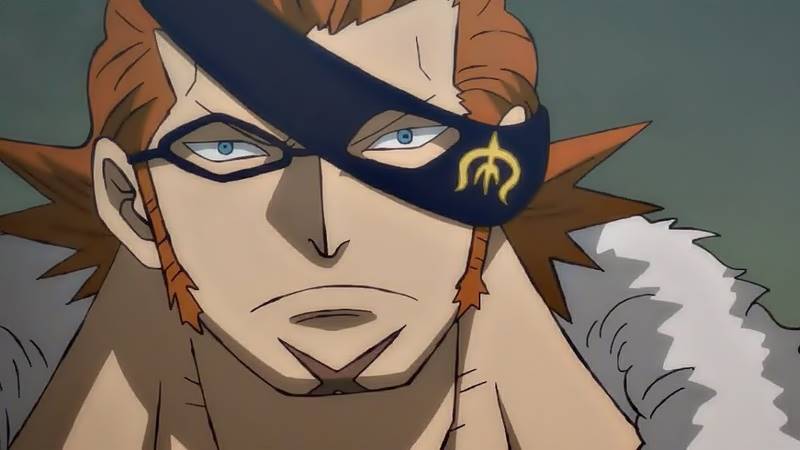 X Drake: Hello guys how are you all? Today this blog is about one of the trending characters from the anime one piece named, X.DRAKE. As one piece is trending now, people are also excited to know about the characters more, one of them being X. DRAKE one of the six members of Tobi Roppo. X.DRAKE made his debut in chapter 498 of manga and episode 392 of the anime. He is the captain of the marine secret special unit. so here are some facts about him.

As a child, he was found of Marine squads, then following his father’s path he joined the Marines. Drake is the captain of the special marine secret special unit SWORD. He was very keen to become an undercover agent pirate and left his position of rear admiral. He created Drake pirates under his leadership.

Drake respected his father, his father Diez Barrel was also an officer. His father treated him horribly after becoming a pirate. The barrel was involved in a trade where he sold ope ope ni mi to Doflamingo on Minion island. But rosinante stole the devil fruit and the Doflamingo in anger killed Barrel. Drake said that he doesn’t have any intention to avenge his father.

3. Leader of the SWORD group

When Drakes’s father died on a marine island, he was taken to a marine base and became a marine as it was his childhood dream. He worked hard and later became Rear Admiral. Then drake decided to become a pirate. later he was appointed as the leader of the group called SWORD.  Bur, he was in disguise, as kaido’s subordinate.

When drake consumed the devil fruit named Ryu Ryu no mi model Allosaurus. This fruit allows him to transform into a predator named Allosaurus. His fighting ability increases drastically when he is in this mode. out of all the supernovas, only he got his supernatural ability. His predator makes him undefeatable such that it enhances its physical power to a level where he is seen as a giant in fighting.

As a young man, Drake was a reluctant person. but he also respected and obeyed the orders given by his father, despite his father abusing him. His father said that he was coward person, and didn’t help his crew, despite being physically strong. He ran away from his family and all the responsibilities he had. But also when the situation is tight the marines hold no grudge against him

Despite the harsh treatment given to Drake by his father, he was very loyal to his Marines. He put his life in danger to infiltrate the crew of one of the FOUR EMPERORS. Even when tortured like a hell, Drake said that he will rather die than reveal his true identity and alliance and kept on fighting because he had a mission to accomplish.  he said to Luffy that at the time of need he would do anything as an alliance with him as a man of honor.

As drake started getting older, he became more dead serious, shoeing more patience and observing quality. In fact, he appeared to avoid any needless violence. He sometimes acts as a pacifier when his fellow comrades fight. However, if there is a need to fight in any situation, he is a very dangerous and a blood third=sty person. He has killed a significant amount of people in his career. He even challenged a subordinate of the Four Emperors, knowing full well that it will only bring him more danger.

Despite being serious all the time, as a member of Tobi Roppo, he always gives preferences to the missions he chooses. He fulfills his duties well in every situation, and does the job assigned to him. he sometimes thinks that his presence is sometimes too much in a job, which can be seen when he go to kill a small owner shop. Also a Marine spy he holds the record of everything he has done shows his professionalism. He holds a high rank in the Beasts Pirates but he never has an interest in raising to the upper level.  Sometimes he loses his composure in certain situations when he sees naked who he loses his temper.

X drake possesses a great amount of physical strength, he was said to be the strongest member of the Barrel Pirates during his youth,  and later became a Rear Admiral due to his abilities. In a fight with Urouguw and killer, one of the strongest members from the worst generation he fought them without any hesitation and resisted their blows one by one. it is also said that he single-handedly defeated the five samurais who guarded Amigasa village.

A. Drake took his name from sir Francis drake.

B. He was the first one who is supposed to be the first person who ate the devil fruit when its concept was introduced.

C. He is the only Super Rookie who was also a member of the Worst Generation. and has the power of Zoan Fruit.

D. He is the only member of the Tobi Roppo who was not named after a card game. he is also a member without any horns.