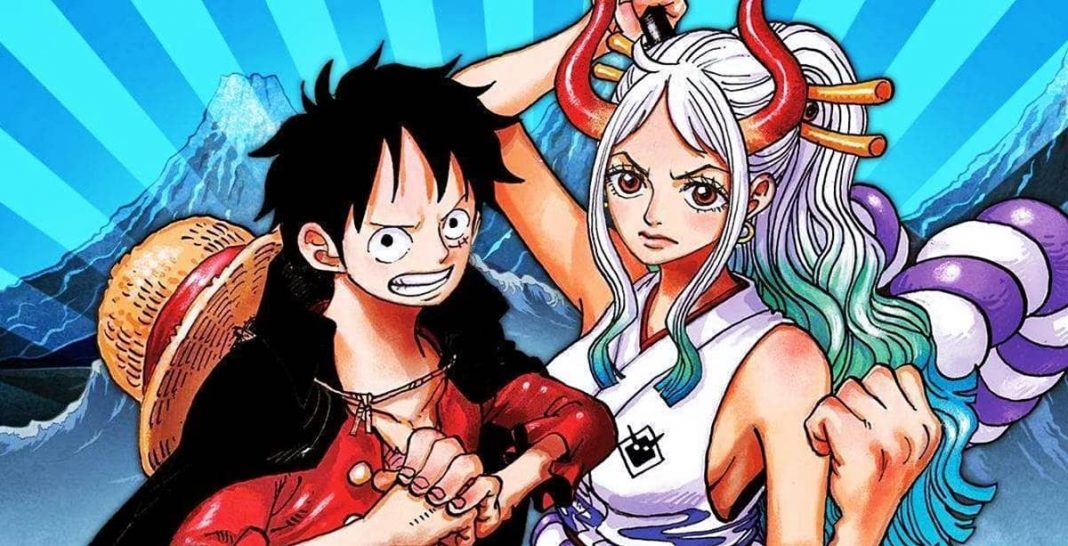 10 things Things Everyone Should Know About Yamato one piece

Yamato: Hundreds of characters have appeared over One Piece’s 20-year span. Its limitless sea, on the other hand, nearly guarantees that a new fish will appear at any time. The show is presently in the midst of one of its most eagerly anticipated and intriguing arcs,

and viewers have already been introduced to a slew of new characters. In recent weeks, however, Kaido’s heir, Yamato, has been the talk of the town. Despite just appearing in a couple of chapters,

Yamato has managed to gain a near-dedicated admiration from the One Piece community. This list will look back at that historical period and explain why Yamato has become such a popular character.

1) Possibility of Becoming a Straw Hat

Fans would love to see Yamato rule over Wano, but rumours of him joining the Straw Hats have been circulating. The banter with Luffy alone will undoubtedly provide variety and pleasure to future chapters,

and fans have long desired the introduction of a new Straw Hat – Jinbe has revealed years ago, so he does not count. Thematically, this would place Yamato on the same path as his idol, exposing him to a whole new universe. This would also add to the Straw Hat’s zaniness and strong personality.

Yamato made an impression right away, and he didn’t have to say anything. Much of this is due to his character design’s obvious attraction. Yamato, who is based on Kozuki Oden, wears the same clothes and has the same huge ropes as his hero. He also showed up with a powerful kanabo club, identical to his father’s,

as well as a striking hannya mask that piqued the interest of admirers all over the world.

Behind the mask, a soft face with glittering, adventurous eyes, long hair, and the trademark longhorns worn by everyone in Kaido’s company can be seen.

Yamato is a female who goes by the name “Kaido’s Son.”

The courteous and casual attitude the series has chosen with this narrative has drawn a lot of attention from the community. Yamato was so moved by Kozuki Oden’s accomplishments that he set out to become a man himself. The members of Kaido’s crew have embraced this character decision with open arms,

with no one in the series identifying him as anything other than that. One Piece is one of the most egregious violators in the anime industry when it comes to appropriately represent the transgender population.

4) Capability to be Wano’s Shogun

Having said that, Yamato’s route to becoming Wano’s shogun isn’t half awful. Yamato would carry out the policies that Kozuki Oden was planning before his unfortunate death,

notably the mission to open up Wano’s boundaries, having inherited Kozuki Oden’s values and aims. Lord Orochi has already been force out of his seat, and fans are now waiting for Kaido to follow suit. Those defeats are amusing, but they leave Wano without a trustworthy leader. It’s difficult not to think of Yamato as a top candidate with a figure like Oden determined to carry on his legacy.

Yamato is kaido daughter, Many One Piece characters have come and gone, but Portgas D. Ace is one character that the series loves to bring back, even if it’s just as a memory. Even though his time on the show was brief,

it was jam-pack with enough mystery and touching moments to put him at the top of character polls for years to come. His legacy has infiltrated several aspects of the current tale, with each remark piquing viewers’ interest even further.

Without a goal, no excellent character can be written, and One Piece excels at giving nearly all of its characters a reason to keep going forward. Fans of Yamato didn’t have to wait long to find out what he wanted. Because of its isolationist tendencies, Wano has suffered a great deal. This policy was originally implemente to protect its citizens and preserve its ideas, but it is currently being use to oppress them. One of the biggest things Yamato acquired from Kozuki Oden is the desire to expose Wano to the outside world, as the necessity to expand its boundaries grows by the day.

And portraying that type of character with some semblance of nuance and, especially, power, is one of the most effective ways to do it. Yamato is no stranger to power. she was essentially assured to have some intrinsic aptitude and strength because he was the acting son of one of the Four Emperors. Yamato is already destined to be one of the strongest characters in the series, thanks to his upbringing in Wano and the misfortune of a hard existence.

Kozuki Oden, like Yamato, was able to win the hearts and admiration of his followers from the beginning. Oden earned a strong following deserving of an heir to Wano, particularly as an ex-member of the Whitebeard and Roger Pirates, because of his cavalier demeanour, startling open-mindedness, and honest values. Fans have admired his entire appearance and history from his introduction, except for his brief appearance in the series.

Yamato’s appearance is intriguing enough, but the voice behind it has also managed to fascinate people. Despite having numerous opponents across the Grand Line, Monkey D. Luffy rarely has a biting relationship with anyone, except for Eustass Kid, who can get under anyone’s skin. Yamato’s unilateral decision to save Luffy and his competitive streak to save Wano by his hand have already strained their connection, resulting in some of the most amusing banter fans have heard from the series in a long time.

Many One Piece characters have come and gone, but Portgas D. Ace is one that the series loves to bring back time and time again, even if it’s just as a memory.

his time on the show was brief, it was jam-packe with enough mystery and touching moments to put him at the top of character polls for years. His legacy has permeated several aspects of the current tale, with each remark piqued readers’ interest even further. That’s why, when Yamato started yelling his name and claimed Luffy looked a lot like him, supporters already knew he was a decent guy.

If I even have missed any great point about this topic. Kindly comment below so as that everyone can share. We’ll be happy to inform us about this within the comments.

So write your comments down below within the comment box you’ll inspect some more of my blogs.