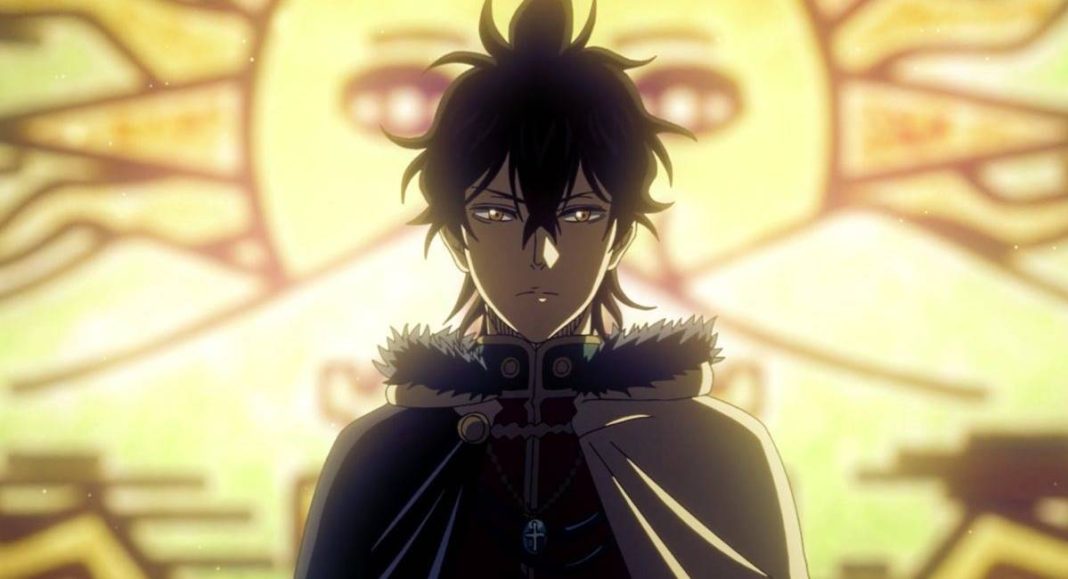 YUNO: In this article, we will learn about the ten facts about Yuno. Yuno is one of the Black Clover franchise’s deuteragonists. He is the foster brother/rival of Asta and one of the orphans placed in the care of a church in Hage Village. He is, in reality, the long-lost Prince of House Grinberryall, the royal family of the Spade Kingdom before the Dark Triads deposed the royal family

and slaughtered his parents and other royals, but was saved by Ralph. The world of Black Clover is full of wonderful nuances and intriguing tidbits,

and even Yuno has more to him than meets the eye. Although Yuno is from the same region as Asta, he is everything Asta is not. He’s composed, intelligent, and magically gifted. He’s proven to be Asta’s adversary, but the intriguing thing is that rather than leaving Asta behind, he’s always attempting to stay up with him.

Despite his immense strength, Asta’s propensity of putting himself in difficult circumstances and triumphing has made him stronger and garnered him a great deal of respect from the other Magic Wizards.

Yuno wasn’t always the aloof young man he is today, as many people forget. He needed Asta to protect and watch out for him when he was a child. Asta was frequently beaten up as a result of his efforts to prevent people from tormenting Yuno. When Yuno was younger, his necklace was stolen, and it was up to Asta to track down the thieves and return it to him. Even though Asta was battere, he was able to restore the jewellery to his friend.

When Yuno obtained a four-leaf clover grimoire, he demonstrated his great magic. This is extremely uncommon most grimoires are rated according to their potency, and Yuno has acquired the highest level grimoire of them all. This was quickly demonstrated by how powerful his magic spells are, much exceeding what most individuals of his level are capable of.

Yuno has a magical ability that allows him to create and manipulate wind. He was already an expert at harnessing the wind to do a variety of precise household activities without breaking anything before he received his grimoire. He’s been using it to create whirlwinds capable of knocking down opponents and flight since becoming a Magic Knight. This magical ability was given to him by Licht and Tetra’s son, who possessed him.

We witness Asta and Yuno’s groups end up in a Dungeon in the Clover Kingdom, arguing over the kingdom’s wealth, during one of the series’ earlier arcs. One of the prizes includes Sylph, a Wind Spirit elemental. She’s tremendously powerful, giving Yuno access to even higher-level wind magic, which he’ll have to master over time.

4. CHARMY HAS A CRUSH ON YUNO

Asta, shockingly, is the ladies’ man in Black Clover. Yuno’s aloof demeanor discourages women from approaching him. He does, however, have Charmy, a member of the Black Bulls guild. Because he saved one of her dinners from being ruined in the middle of the struggle,

she thinks of him as a beautiful prince. Surprisingly, Yuno has been very kind to her, which is unusual for dark-hair male secondary characters who are pursue by women.

In the manga, Yuno recently suffered a major loss at the hands of one of the Zogratis. Despite his best efforts, Yuno was unable to not only defeat this man but also to save many of his guildmates. This will almost certainly only encourage Yuno to become more powerful, but for the time being, he must experience what it means to lose.

Yuno had no desire to be a Magic Emperor at first. He was content simply living in the church with Asta and the others, but it wasn’t until Asta revealed that he wanted to be the Magic Emperor that he understood it was a goal worth pursuing. He aims to transform Clover Kingdom’s society, breaking down class barriers and making it a more equal environment for all. This is why they are continuously at odds with one another in their quest to be the best.

In one of the later arcs, this was introduce. Licht’s mission was to resurrect all of the souls of those who had died at the hands of humanity. This included the soul of the baby that his fiancee was expecting.

Yuno’s body was inhabite by a half-human spirit who, without any wrath or will, just gave him more power and the capacity to stand up to the elves.

Yuno is repeatedly revealed to be immensely powerful, but the Royal Magic Knight Exam is the first time we witness what he’s capable of. There, he faces Rill of the Azure Deer squad, one of the newest and youngest captains. In the finals, the two of them have a close bout, but Yuno is outmatched. Instead, we see Yuno’s ability to outmaneuver Rill the rule for winning is to break the other team’s crystal, and Yuno convinces Rill to use enough energy to shatter his team’s crystal.

The ability to employ a Mana Zone is only available to the most strong and skilled wizards. This is when a user manipulates the magical energy in their immediate vicinity, allowing them to consume more mana than they normally could. This can help them improve their spells or make them physically stronger than usual. Our meal-saving prince is, as far as we can tell, the youngest individual to ever acquire this talent.

10. HEAD OF THE SPADE KINGDOM

Even though he, like Asta and his pals, came from an orphanage, Yuno has always conducted himself with a noble air. Yuno turns out to be the Prince of the Spade Kingdom, which explains why. Yuno’s parents were from the Grinberryall family, and when they were attack by the Zogratis siblings, they had Yuno whisked away to a safe place where he could grow up.